I decided to move forward with LGA 1366 regarding CPU choice for my next project. I just pulled the trigger on a Dell PowerEdge 710 Server to tinker with. I have high hopes for this and it will essentially be an ongoing project to optimize not only the hardware itself but my home network as well. It will also be provisioned as a network storage device, as my current 500GB NAS is at the limit. Main point here is to have fun with it.

Project Notes and CPU Upgrades:
There are two motherboards versions. Gen I and Gen II (pretty sure I got gen II but wont know for certain till it arrives) But the point is, gen 1 only supports 95W CPUs. Gen II supports up to 130W CPUs.
If Gen 1, I will pull the trigger on two 95W Xeon X5675's that have a base clock of 3.067GHz and a boost clock of 3.467 MHz. These are hexacore chips, and when combined will bring my total processing power up to 12 cores. I figure the 12 cores should be okay for the next ~ 6 months in the gaming scene. Word on the street is by 2021 all games will require a minimum of 48 cores just to get to the main menu.

If Gen 2, I will likely pull the trigger on two of the 130W X5690 Xeon chips. Now these are HOT processors that boost up to 3.73GHz, so I am not sure what to do about cooling. The mounting and heat sink design is all proprietary and custom, from what I have gathered. It sounds like a better choice would be to stick with the 95W CPU regardless of what version MB I get. Although, I was thinking custom water cooling would be pretty neat in something like this. Obviously that would be a challenging project but it's feasible and possible given time and consideration. There is a better dell heatsink for the R710 that's high density finned and copper, but they are pretty rare.

Storage Solutions and operating system(s)
-Enterprise level SDD drives will be purchased for lighting fast I/0 and file transfers
-Initially, I will start with one SSD and Windows 10 to get a feel for the system and then possibly move to Server 2016
-Still trying to work out what I want in terms of storage here. I think it will be all SSD as well, in RAID 1
-It would be really cool if I could RAID 0 two SSD's for optimal performance (first thing I will look into)
-I've heard that there is a turbo hack for some of the XEON CPUs from this era, but I'm not sure if these specific processors fall into that category.
-Basically, I'm going to have some fun. There is no pressure here. Just want to build this out to be high performance home server that will eventually double as a NAS device on my network.
-I am well aware LGA 1366 is dated and I am fine with that, please don't try to compare this project to current server technology, that's not the point. When I talk about performance I talk about the best performance relative to LGA 1366.
-Open to advice and opinion on what else I should do with this and/or what else I should upgrade on it to further refine this build.
-Open to other project idea's and backup solutions
-Open to SSD recommendations and CPU considerations.
-Open to GPU considerations and recommendations as well 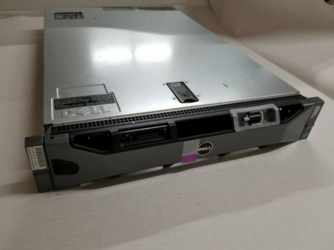 So room for 8 drives. I'd set OS on 2drive raid 1 and fill the rest of slots with drives in raid10. Your not going to get huge amounts of storage out of this thing as perc6 can only handle up to 2tb disks and 2.5" disks only go to 1.2 tb iirc. You should be able to grab dell branded intel s3700 ssd 400gb pretty cheap from ebay. Save a little cash and put the OS on spinners, 10000 or 15000 rpm from that era are cheap. I got two 300gb 15000 for like 15ea off ebay. Work great. Stay away from RAID 0. It will scream but just too risky unless it's like a scratch or cache disk of some type. Make sure you keep a good battery on that PERC card too.

You also mentioned gaming. You're going to game on this thing? Its gonna be loud....

Other upgrades? When you crave more storage, look into buying/building a DAS or a NAS for it to connect to. Or maybe in the future you'd like to cluster to second R710, thatd be super awesome. Would definitely need a NAS, DAS or SAN for that to work though, if the goal is to increase storage. Memory, you have tons. CPUs, you already plan to upgrade. One thing often overlooked is USB... it only has USB2. I'd suggest a USB3 card because if you ever need to hook up an external drive for backups or will take FOREVOR on USB2

For the main drive, you should focus on reliability, not speed. A server is generally not going using the main drive a lot, and solid state drives are already fast. Run RAID 1/10, or just run a single disk. I have 8x 256gb Samsung Pro drives in RAID 10 for each server.

One of the servers has a M1015 RAID controller flashed with the IT firmware. This is externally connected to a SAS expander (the green card on the left, connected to the red card, which converts it to external SAS), which can take up to 16 3.5" drives. You could look for something like this, as you won't get much storage out of the base chassis without spending a lot of money. In the link above, you can see it in the last picture.

With servers like this, you have many options.
You must log in or register to reply here.