How much time do you think you've wasted on games in your life?

Overclockers is supported by our readers. When you click a link to make a purchase, we may earn a commission. Learn More.
U

350 hours for BF2, probably around 200 hours for WoW, Lots of hours for CS, then all the single player games I've played...
By the time Im 30 I'll probably have spent a year worth of hours on games, you guys? It's so hard to comprehend how much that time went wasted on games...I mean I definetly have over 1000 hours logged for games so far...probably over 2000 hours...thats a lot of time. I could have mastered the stock market and learned another language in that time...
Games are such a horrible hobby

lol, good 1200 hrs at Source myself, but I think browsing forums, hardware reviews and other stuff eats up more time than that.
X

Probably within a year and a half. 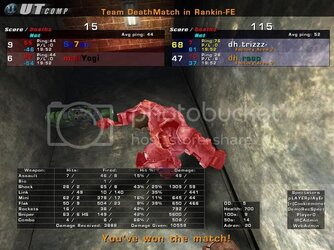 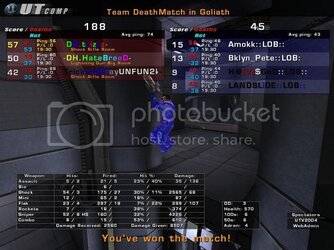 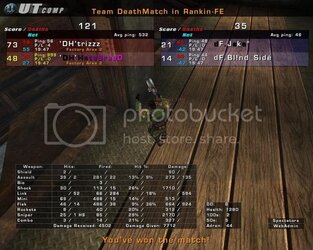 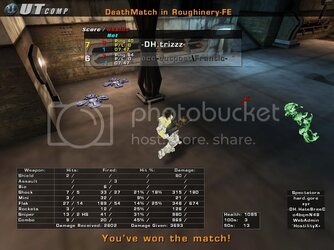 I'd say FAR less time than I've wasted on women. (And those are just the women I considered a waste of my time.)

I don't really watch much TV, so I guess it evens out with most people.

Thanks to the net I have learned/am learning,

Games can be educational too (rarely). COD2 is a good example, though I realize it isn't the most realistic though the cutscenes are nice and historical.

Oh god, going back how far ? are we talking back to coleco vision and atari and all the way thru playstation 1? hehe 25% of my life and then I discovered pc gaming lol.
OP
U

heh this is the whole thing. Now that I think about it, I started out with Doom>Duke Nukem 3d> Heroes of Might and Magic> other games...
probably a year definetly so far :O
Doesnt it depress you to think about it...
1/17 of my life went on gaming.

Eh.. hard to say. I doubt i've ever dumped more than a month of real time into any game. 6-12 days over the course of a year or so seems to be typical for a game I really like. I still feel like I waste an inordinate amount of time.

EDIT: I saw how long my post was, decided to shorten it a bit.

that count came to be just above 1 full year. But there are at least another 150+ games i played, plus other consoles i didn't add into the equation.

and i don't concider it "wasted" time honestly.

Would someone who builds cars as a hoppy concider it "wasted" time? doubt it.

Would a kid in high-school who has played football since middle school, but never made it to the pro's concider it wasted time either? i highly doubt it.

In my opinion, Time isn't wasted as long as your having fun.

Probably half of my waking life. 6 hours of sleep 9 1/2 hours for work (including gettin ready and drive time to and from (live close to work)) and 7-8 hours a night if the woman doesnt come over. Even if she does I keep playin. Lucky enough that I found one that loves to watch me play. *On those nights I only get about 4 hours of sleep .

Prior to building this rig, 3-4 hours a night.

These estimates do not include weekends... double the amount of time played unless I've got other plans.

In a lifetime, hmm, not sure, I assume a lot, but I accumulated the most gaming hours playing WoW...most addicting crack game ever, never again. I still feel ashamed know how much time I wasted last year and part of this year on that damn game.

I posted this in another post, but I'll post again, it was so bad when I did get the courage to uninstall it (WoW) I had to nuke the cd's for 10 seconds in the microwave just to make sure I wouldn't play it again. The reason I nuked you ask? I actually tried to throw the game out once before, but I got it out of the trash and re-installed it. Like I said, it's crack.

how many hours wasted?

Well.. thats from xfire stats.. and i dont always play with xfire running..so you could probly x4-6 thoese hours..
K

I had 90 days played in WoW at the 6 month mark. but I wouldn't consider any of it wasted because I enjoyed every minute of it.Now there were other things I could have done, such as bettering myself etc etc but instead I look at it from this point of view:Anything you do unwillingly is time wasted,yes even that 9-5 job you DON'T WANT to go to come Monday morning. I have never wasted 1 minute playing a game.

kbanny said:
I had 90 days played in WoW at the 6 month mark. but I wouldn't consider any of it wasted because I enjoyed every minute of it.Now there were other things I could have done, such as bettering myself etc etc but instead I look at it from this point of view:Anything you do unwillingly is time wasted,yes even that 9-5 job you DON'T WANT to go to come Monday morning. I have never wasted 1 minute playing a game.
Click to expand...

Doing something you DON'T like is waisting time! anything you do that you DO like is never wasted time.


For me, theres many other things i could do that would be better then playing games.. But with me, only time i am willing to do anything thats worth time is at 2-3 am, were everyone is sleeping.

Ah well..il do what i want sooner or later.. *goes and plays battlefield2 .. *

Far far far far too much in WoW, I'll freely admit that. After I hit 60 I realized that I was either done with the game, or I was getting into a raiding guild.

Oops, I got into a raiding guild. I don't even know what my /played was when I finally quit the game, but combined it was probably over 150 days. I quit this past summer, basically 20 or so months after retail launch, when I started playing.

Think about that. That's over five solid months of playing WoW 24 hours a day for the entire 5+ month duration. (spread over 18 months.)

But that's almost one third of the entire duration. It was a job, not a game.

If you're in that boat, JUST STOP. FOR REAL, STOP. You're missing family, friends, LIFE. I promise you, with absolute certainty - one day you WILL quit, and about a week later you'll look back and you won't BELIEVE what you did.

Do it now, not then!

I have wasted no time. Games are not a waste of time, friends. All the hours I've spent playing games is not a waste.

I'd say im up there with [email protected] ing ame time if not exceeded. College was good to me for racking up the game time

And I'd agree with Oni, gaming isn't a waste of time I've enjoyed myself quiet a bit playing games as a releaf of stress and to get the noddle thinking sometimes.
You must log in or register to reply here.

T
I have multiple systems to build - need ideas on budget builds.
2