Overclockers is supported by our readers. When you click a link to make a purchase, we may earn a commission. Learn More.
O

registered just to say thanks to op. did everything as written and now i have win xp on ahci mode.

indeed drivers are a big problem. usb seem to work on my z170-p so mouse and keyboard are fine but not the flash usb. i do wonder if you can install some third party ethernet port driver for internet.

you can also install gpu drivers on everything past 960 gtx using basic inf modifications on win xp.
OP

Welcome to the forums.
Thanks for posting that, it's involved, but if you follow instructions carefully, it can work, thank you for confirming.

You went a step further than me with USB drivers.
I have Ethernet PCI cards, but did not test them.
There is USB to Ethernet, I have that too, but drivers might be a problem unless you have a really old USB to ethernet adaptor.


Please post links on how to modify .inf for drivers to work on Win XP and what do you mean "past" 960 GTX?
O

Here is the link for modifying inf for video drivers

Reason I say past 960 is because last video card that NVIDIA still offers active XP drivers for is the GTX 960. I installed the way it says in link and all is ok. On their webiste, they are from 2016.
Z

c627627 said:
Welcome to the forums.
Thanks for posting that, it's involved, but if you follow instructions carefully, it can work, thank you for confirming.

You went a step further than me with USB drivers.
I have Ethernet PCI cards, but did not test them.
There is USB to Ethernet, I have that too, but drivers might be a problem unless you have a really old USB to ethernet adaptor.


Please post links on how to modify .inf for drivers to work on Win XP and what do you mean "past" 960 GTX?
Click to expand...

To modify the .inf for drivers, you need to use the Nvidia Geforce GTX 960's .inf that was designed for Windows XP, and add in the lines for the 10xx cards. I already gave the 1070 and 1080 cards in that thing i stated. Past 960, is 10xx and higher versions of 10xx and whatever may come before a huge change.
Z

Alright. I've decided to take a look back at this, and experiment a bit more. For starters, i forgot i had a old Broadcom Wifi/Bluetooth card in a pci-e mini to pci-e adapter that is Windows XP supported. I slapped that into the machine, installed the drivers (after so many keyboard attempt fails) and walah, Windows XP is online. Now i wait for my PCI-E 1x 7 USB 2.0 Ports!


EDIT: ALSO: A quick sidenote. After installing the drivers, i decided to shut windows xp down the normal way, and normally, it just shuts down as usual, but THIS time, it said "Windows XP: It is now safe to shut down your computer." Isn't that just sweet? 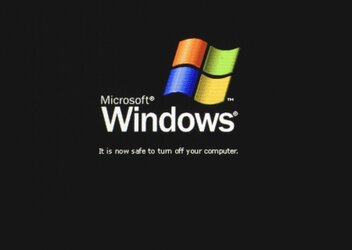 Alright. So i got the Nvidia 1080 working now, and man, this is running great. All i need now is still my USB 2.0 pcie hub, and get the Creative Soundblaster Z card running in Windows XP. The problem with the soundcard is that Windows can't load the drivers for it, yet it loaded all the other drivers for the other parts of the soundcard. And about the 1080, i got that running by replacing the section line in the .inf file with 18, which is what the actual 1080 .inf has for the section of 1080. I did get a bluescreen the first time, due to using the older 960 installer, but after modifying the .inf from the last one, it ran without a hitch, and runs everything beautiful (except 3d based applications).
Z

So i gave it a thought since no one else has done it.

TO DO THIS:
You need the 960's XP installer, and you must modify it in a way so it spoofs and installs for the 10xx card.

After that, save the .inf file, run the installer on Windows XP, and shazam, it should work. A few notes to point out"

2D is blazingly fast, and by that, I mean FAST.

3D is ****. It doesn't load at all, so someone will need to backdate the nvidia installer in order for 3D to work.

When switching resolution or anything to do with that, the card will hang for a little while, then XP will resume as normal.

Other then that, it's better then running the basic display driver which lags along

And this is the second impossible that no one ever saw coming for XP under Skylake hardware!
Z

I got the USB 3.1 drivers working on xp. Though my Flashdrive didn't read due to missing the 3.0 controller. The only issue with it is that Skype will crash due to the 3.1's drivers.
D

Hi all,
I just succeed to install XP SP3 on brandnew 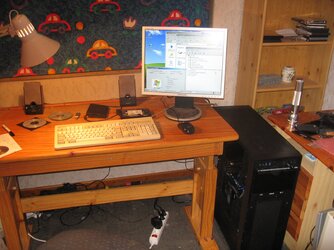 Nice! Glad Coffee Lake works! Many kept saying Kaby Lake and Coffee Lake crashed the setup!
Now, my ports actually work, but only my back ports. My hub ones on the top on my case do not function under XP whatsoever. Thought they work great in Hackintosh and possibly linux (haven't tried linux yet).
I just hope someone can backport the Nvida driver so we can do all we can with that. Also, would this hack be able to support Windows 2000?
D

Zeldaboy14 said:
Nice! Glad Coffee Lake works! Many kept saying Kaby Lake and Coffee Lake crashed the setup!
Now, my ports actually work, but only my back ports. My hub ones on the top on my case do not function under XP whatsoever. Thought they work great in Hackintosh and possibly linux (haven't tried linux yet).
I just hope someone can backport the Nvida driver so we can do all we can with that. Also, would this hack be able to support Windows 2000?
Click to expand...

Hi,
with XP SP1 I have no luck, only because no mouse and no keyboard during installation.
There is a switch in XP setup for unattended setup, so may be this helps.
Another idea is, to copy the whole folder i386 to the harddisk and start setup from there.
I think, Win 2000 will have the same problem, no mouse no keyboard.
I tried PS2, USB always the same,
have a nice day
Dietmar

I just installed XP SP1 in 5 min from USB stick via USB 3.0.
During install I have had mouse and keyboard,
but now on desktop with XP SP1 again no mouse,
no keyboard. The ASUS Apex ROG Maximus X has PS/2 connection.
But this does not help.
Something prevents mouse and keyboard from working,
Dietmar

Hi all,
XP SP2 works to 100% on Asus ROG Apex Maximus X motherboard Z370 chipset 1151, I-8700k CPU.
Boottime to desktop is 7 seconds from AHCI harddisk.
I integrate with nlite 1.5.9.3 the AHCI driver for DEV_A282
and nothing(!) more. F6 Floppy does not work.
Then I use the newest RMPrepUSB_Full_v2.1.739A.zip
Not a single error message I get during install on 200 GB NTFS formatted harddisk.
Installation via USB3 lasts only about 5 min,
now I go tired but happy to bed
Dietmar
Z

SP3 XP supports the latest in modern hardware. SP0, SP1, and SP2 doesn't because they didn't have what SP3 does, and sp3 added a few odds n ends to the table that made it unique and able to run programs like chrome.
D

Internet works to 100% with XP SP2 and TP-Link Gigabit PCI-E card TG-3468, which has also driver for XP 32 bit.
Now I am just installing all update packages for XP SP2,
have a nice day
Dietmar
D

Hi all,
I succeed to install in XP SP2 on the Asus Apex ROG motherboard with z370 chipset the
driver for USB 3.1 ASMedia_xHCI_Host_Controller_Driver_v1.16.45.1 .
First I got only the driver installed. But when I put in an USB stick,
this gets always a yellow questionmark in Device manager.
Because long working with USB I know, that a driver is missing.
With regedit in HKLM\services no USBSTOR can be seen.
So I copied from XP SP1 the USB files usbstor.sys, usbd.sys, usbehci.sys, usbhub.sys, usbohci.sys, usbport.sys and usbuhci.sys
into windows\system32\drivers on that XP SP2.
The hardwareID of the ASMEDIA chip on the Asus motherboard is PCI\VEN_1B21&DEV_2142
Now I got unbelievable 400 MByte/sec via this USB 3.1 port with XP SP2.
The USB stick is SANDISK Extreme PRO® USB Solid State Flash-Laufwerk 256 GB .
Waaoh, for what do I need Win 7 or 10?
Have a nice day,
Dietmar

So i'm currently fixing my boot and all that, and managed to kill XP's NTLDR boot. Apparently, after wanting to reinstall Windows XP to fix every mistake i've learned to do correctly, i get this error with a drive formatted under Windows 7 or XP (yes, i know your not supposed to format under xp, was testing that theory) Heck, i even did a full format on the drive, so idk why xp is being so finicky. Might be due to the actual install cache that I may need to reset to work correctly

I've also tested Windows 2000, and the only issue is the firadisk driver. Win 2000 reads it as corrupted and halts the install. I take it, with the proper tweaking, we *could* run Windows 2000 and Windows ME, but that's as far back as we will ever be able to go. Windows 98SE wouldn't work, not even with Unofficial SP3, and 95c is too old. SO we CAN go a bit farther back, but not too terribly much.

UPDATE: So a new rule i learned about. If you try to install XP after installing either Hackintosh or Linux, Windows XP installer WILL throw a hissy fit cuz one drive can't be detected. Yes, XP can pull the drive up because it must be some odd form of MBR unlike GPT, but you MUST delete the offending OS to install XP.
Last edited: Dec 11, 2017
D

This is so nice XP SP3 on 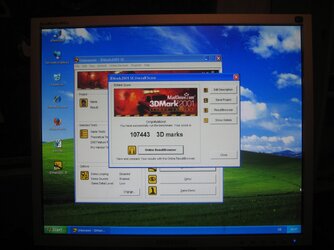 So i figured out that Windows 7 is running under EFI mode all of a sudden, being the reason WHY i could not boot into my original XP install at one point. Need to replace my drive for 7 though, as it's becoming faulty at boot.
D

Hi all,
I just succeed to install XP SP1 32 bit professional on Asus Apex z370 motherbaord.
Because clone does not work at all, I set this XP up on a brandnew Sandisk Ultra II 480 GB SSD.
Now boottime is 3 sec, mouse and keyboard are working,
have a nice day
Dietmar

PS: Next I try to integrate the nvme driver from Toshiba for OCZ RVD400-M22280-512G 512 GB, Solid State Drive in M.2 format.
I make some tests and I hope that this will work..
You must log in or register to reply here.

How to build a Windows 11 USB installer