How to tell if a PSU is failing.

If you have a circuit breaker that is tripping every few hours or less, you may have a PSu getting ready to fail. This morning I had a breaker trip twice, I narrowed it down to 1 PC and it happened a few months back on a different PC.
So if you have breakers tripping, and you run a PC 24/7, you may need a new PSU.
R

Thank you, that hekped!
R

A secondary side failure is more likely to result in a fire without any circuit breaker tripping.

A bad 5V-standby cap (secondary filter for 5V-standby I believe) can cause your mouse and keyboard to get fried!

Speaking of mouse, mine freezes for like half a second and my drives on taskbar(shortcut) all blink, it happens sort of randomly and often. Sometimes if I unplug mouse and plug back in, problem stops, but sometimes comes back. I unplug power when not using pc.

Wondering if this may have anything to do with PSU going wonky on me. It's '09 something, so fairly recent and its 750 watt, sli rated. Good equipment.

I've also had UPS units trip breakers. This would depend on what type of breaker it is, though.

Agreed, these spark sensing ones get more and more sensitive until they eventually fail. I had one in garage back in fl keep tripping every 20 mins and nothing was even plugged in!

UltraTaco said:
Speaking of mouse, mine freezes for like half a second and my drives on taskbar(shortcut) all blink, it happens sort of randomly and often. Sometimes if I unplug mouse and plug back in, problem stops, but sometimes comes back. I unplug power when not using pc.
Click to expand...

Which Windows are you using? Win 7 or 10. I had something like that happen with Win 10 and a USB 3.1 7 Port Hub. Every few minutes the computer would lose the HUB and the have to re-find it. This caused everything connected to it to disappear/stop working until re-found :-( I could watch it under ->Control Panel ->Device Manager - USB Controllers as the system lost (the Mouse, Keyboard, Thumb Drives, Ect) and them re-installed them.
I would check this and also update your USB/Chipset/System (AMD/Intel) driver to see if that helps

I've also found that a loose wire at the receptacle can trip breakers and fry other electrical components along the circuit run.

My circuit breakers never tripped when I lost a PSU. I knew I lost a PSU when it went boom and let loose the magic genie's smoke.

Have you ever noticed that after getting the Magic Genie Smoke you never get a wish?

Nebulous said:
My circuit breakers never tripped when I lost a PSU. I knew I lost a PSU when it went boom and let loose the magic genie's smoke.

I had a brand new Gigabyte board let the magic genie smoke out of a mosfet...that was pretty cool! But yea, the board was toast, I bought it from PC Club in town, so I just exchanged it quick-like-a-bunny the same morning. 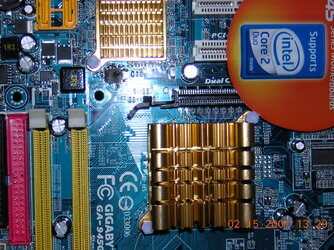 Robert17 said:
Have you ever noticed that after getting the Magic Genie Smoke you never get a wish?
Click to expand...

I tried wishing when it happend, but unfortunately got nothing.

Still looking forward to mine.
S

Specifically what causes the PSU to cause the circuit breaker to trip? Circuit breakers trip when too much current is drawn through them.

SPL Tech said:
Specifically what causes the PSU to cause the circuit breaker to trip? Circuit breakers trip when too much current is drawn through them.
Click to expand...

There are multiple types of breakers. RCD/GFCI breakers will trip for reasons other than high load. As I understand it, if a device on the circuit is leaking current over the threshold of the design (return current is not the same as what it sent), it will trip.

RCD/GFCI, specifically, are a problem with UPS units, because they have inherent leakage.
OP

New PSU is in and no trouble so far.
S

thideras said:
(return current is not the same as what it sent), /QUOTE]

Well that will never happen and it's not supposed to. That phenomena is called power factor. With the exception of purely resistive loads like electrical heaters and incandescent light bulbs, ALL electrical devices return a portion of the current it consumes. The device will draw a certain amount of power and return a smaller amount over and over 60 times per second. That is normal and well-known and it says this on the sticker on the back of your PSU. Yes, if the power factor of an electronic device is low it can cause a circuit breaker to trip because more current is flowing through the breaker. Power consumption is not measured in amps, it's measured in watts and the two do not always scale. A device can use a high amount of current while using a modest amount of power if the power factor is low (e.g. it draws 1000W from the wall, but returns 500W AKA power factor of 0.50).

In any case, the PF of a PSU should be relatively high. The high side caps exist specifically to keep the power factor higher. The more caps you have in line with the input of an electronic device, the higher the PF will be. They actually make building-wide capacitor banks specifically to increase your PF because if your PF is too low the power company will fine you (usually limited only to industrial applications). Electrical motors typically have poor PF rates, consuming far less power than actually drawing, which is why industrial plans with lots of electrical motors will invest in capacitor banks.
Click to expand...

That phenomena is called power factor.
Click to expand...

PF expresses the ratio of true power used in a circuit to the apparent power delivered to the circuit.
Click to expand...

How to Disable Microsoft Nags to Update Windows 8.1 [to buy a new computer]

How to tell if a PSU has degraded over time

Production down a bit

Your dollar can go a LOT farther these days (mostly)