Prefece: Still working on my setup so this is an incomplete "review". Will update as changes occur.

I received my Raspberry Pi earlier this week and here are my initial impressions.

It doesn't look like much when you first remove it from the packaging. That's mainly due to the board lay-out, which is clean and barren of any non-essential items. As is sometimes the case, however, looks can be deceiving.

The following ports are available:

I hopped online and grabbed the latest stable build of Raspbian and burned the image to an SD Card. then I assembled the various bits, gathered and connected the appropriate cables, and powered up the unit for the first time.

I ran the Ethernet to the cable modem because there is a compatibility issue that exists between the Pi and my DGL-4100 Router. Once bypassed, The RPi hits the internet just fine.

I ran 1 USB Cable to the Dell 2407FWP USB Hub/6in1 Card Reader. This allows me to use the 4 USB ports on the hub (it acts as a powered 4 port hub) and I can use the card readers to expand my storage.

I ran the micro USB power cable to my Droid 1 charger brick. The Raspberry Pi runs on 5v at 1A so a phone charger is plenty sufficient.

Raspbian - It was nothing to write home about, but it was by no means so slow as to elicit complaints. It boots faster than my phone so I find its performance in this area completely acceptable. Offers the user the ability to configure several different aspects of the system's operation on the first boot. This is a nice touch. Since this is not a review of the OS, let's just skip to the next OS

Arch Linux - Noticeably faster boot time. Boots to the command line like Raspbian but, unlike Raspbian, does not give you the option to boot to X upon startup.

XBMC - 23 seconds from power on to desktop. Interesting OS. When you download the XBMC image, it is not the final image. You burn the image to SD Card and, once the RPi boots up with that image, it downloads the rest of the needed code and builds the OS for you.

1 - Networking -- Network initially kept dropping out due to the USB issue mentioned on the Raspberry Pi forums.

2 - Internet Connectivity -- Once Networking was corrected, I could not access the internet. Okay...this should be simple. I just need to add my RPi's MAC Address to the MAC Filtering Table on my DGL-4100, right? Nope. I was never able to resolve the issue. The RPi and D-Link had no interest in peacefully coexisting. No matter what settings I changed, the RPi and D-Link DGL-4100 would not communicate and establish a connection. Bypassing the Router fixed the internet connectivity issue immediately.

3 - Choice -- With three now-working Distros to choose from, I found myself waffling. I'd work in 1 distro for 20 minutes then hop over to one of the others...

Performance when viewing HD video is superb. Every bit as good as watching Cable HDTV. Sound over HDMI is enabled by default and it "just works", at least in Raspbian and XBMC. I did not get far enough in ArchLinux to see if it worked properly.

I love my pi also, I am currently running Raspbmc and will stick with that at least for the near future. Whilst browsing media can sometimes feel a bit slow I find that it is great at playing it. The only problem now is that I need to transcode some of my videos to a suitable format in order for them to be recognised.

How long did it take you to get them?
OP

SteveLord said:
How long did it take you to get them?
Click to expand...

I ordered mine last week on Friday.

I pre-ordered mine in around March and got it in July, but now it seems to be much quicker!

I'm yet to order one, and IMHO, the RPi is a pertfect HTPC device.

You can just stick it on your TV, connect the USB and HDMI to your TV (whether the USB is a support port or an input, both seem to be powered, at least on the TVs I tried) and throw some Cat.6 to the mix, and you have a XBMC-enabled TV with a very small device footprint.

I have a Pi as well, but havent got around to messing with it extensively. As of now, I only have class 4 SD cards, and will buy a class 10 in the near future. I found Openelec to be a bit faster than XBMC on my Apple TV 2...especially with the RSS feeds, as theyre not choppy on the Pi, and on the ATV2, have to be disabled altogether to speed up the interface. These are great little systems, and are great for basic things. Im looking at making mine like a Logitech Squeezebox. My only gripe is the LAN is shared with the USB. Other than that, its a nice piece.

Now I did not see that OpenELEC thing. Looks cool, for sure!

I was thinking of using my old 360 as HTPC, with a Linux mod (I don't know if saying this is OK here, feel free to delete wihout further ado, mods), but I can no longer justify keeping the 360 with these little gadgets like the Pi. I think I will send it to a Spanish charity called Juegoterapia, who take game consoles to hospitalized children, usually hospitalized for life due to cancer and similar diseases.
OP

Here it is in its new Lego Case. I went very basic on the design because I am still designing the final enclosure that will hold the Pi unit and a USB Hub and SSD/HDD. I may even go all out and make an enclosure that holds the 7" Lilliputt LCD Touchscreen as well...

Am I the only one who would just use some double sided tape and stick it to his TV?

EDIT: Didn't realize those Lego men up there. That really make the case leet. Damn. Now I want to make something out of LEGO.

+1 to the tape idea...does this thing have Bluetooth support?

myststix said:
+1 to the tape idea...does this thing have Bluetooth support?
Click to expand...

It has USB and supports Linux (for ARM, like Arch Linux ARM). Prolly it does, or you can hack something for it. As long as your dongle works with Linux's BT stack they should work

EDIT: Just a heads-up. Don't try to run the BT directly from the RPi. Connect it to a powered USB hub. I hardly think the RPi has enough beef to power a BT antenna (properly).
OP

myststix said:
+1 to the tape idea...does this thing have Bluetooth support?
Click to expand...

I use a USB Blutooth dongle for my Keyboard and Media Center Remote. I run the other USB devices from a powered 4 port hub/6-in-1 card reader.
OP

i just ordered 3,100 Legos today to remake the case to be more spacious...lol

notarat said:
i just ordered 3,100 Legos today to remake the case to be more spacious...lol

Thought I'd share mine finally. It's a Raspberry Pi Ver B. running RaspBMC in a clear case (purchased - I haven't got the tools to make a case like this) 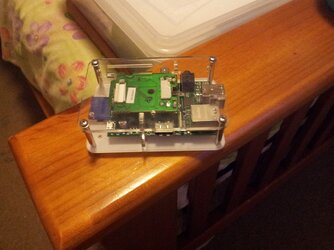 On top there (Stuck on with double-sided tape) is an infra-red receiver (MSE Remote) as below. 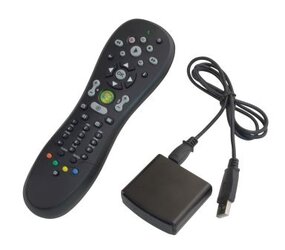 I just popped off the shell, cut down and re-soldered the cable and it's permanently plugged in now. 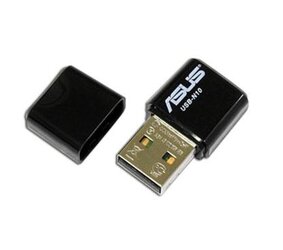 Runs great over the wifi in house haven't had it lag yet!
OP

Realee said:
Thought I'd share mine finally. It's a Raspberry Pi Ver B. running RaspBMC in a clear case (purchased - I haven't got the tools to make a case like this)
View attachment 115996


On top there (Stuck on with double-sided tape) is an infra-red receiver (MSE Remote) as below.
View attachment 115997

I just popped off the shell, cut down and re-soldered the cable and it's permanently plugged in now.

Runs great over the wifi in house haven't had it lag yet!
Click to expand...

I modded my lego case so that it now holds a powered 4 port USB Hub. It sits on top of the Pi.

The case doesn't look as clean now, but when my legos arrive, I'll rebuild it to be more aesthetically pleasing

I had the same remote and IR Receiver, but I ditched them before I even built the Pi.

I had the Asus mini remote keyboard/MC remote leftover from my previous HTPC build so I tried them on the Pi. Turns out they work great.
The remote is the backside of the keyboard...you just flip it over.

On the lego case - how does it hold the Pi in place? Does it move around at all?
OP

On the lego case - how does it hold the Pi in place? Does it move around at all?
Click to expand...

It doesn't move around at all. Of course, that is subject to change if you hand it to Michael J Fox

Laptop stuck at the logo screen, no matter what...