I water cooled a server [Watercool/EK/MO-RA3/Xeon/1080ti]

So my dad has a bunch of servers that he uses to crunch SETI. Over the last year or so I've helped him manage them, upgrade them, optimize them, etc. we've talked about water cooling in passing, but we didn't have a reason as air cooling and SUPER loud fans were doing the trick (and obviously reliable, especially in a server). After upgrades, and wanting to put even more power into one box, and how the room was starting to heat up, I asked him if we wanted to look more at water cooling and he gave the green light.

so this was all fine and good, BUT i wanted to add 2x1080tis to this system, and i knew there just wasn't enough airflow to keep the top card happy. and the room would get unbearably hot, it's warm as is. i wanted to put a BIG rad in the window to push all the heat directly outside.

found a great deal on 2x 1080tis on ebay, WITH EK waterblocks. $530 shipped each. unfortunately one card was using a titan X block, and the other card was using the standard 1080ti waterblock, and i didnt realize the ports were not lined up the same. sad. but i made it work with some unorthodox loop order.

pics, sorry for the low light. 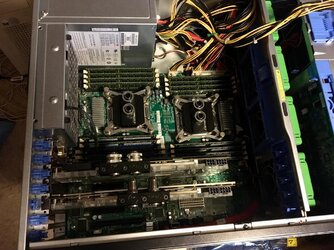 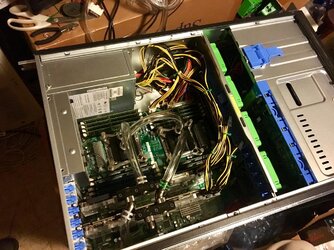 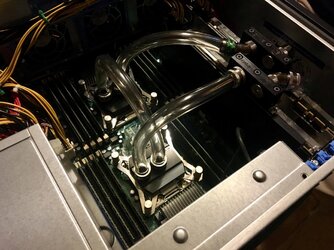 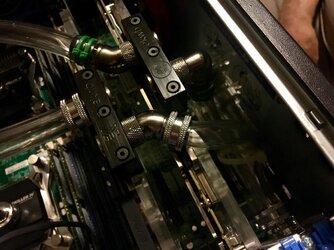 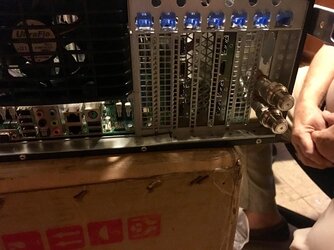 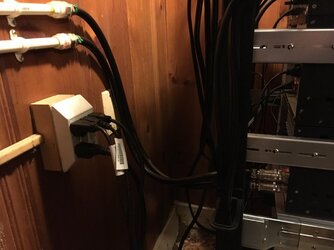 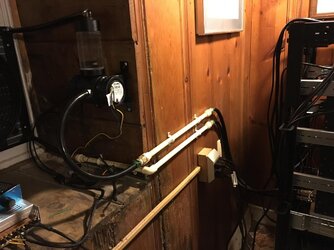 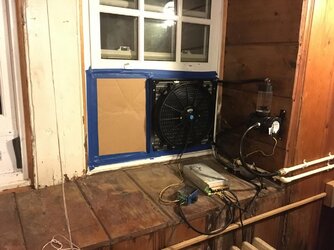 Cool! I also want to cool my server with 4x 1080ti. This is a good reference!

nice job! what kind of temps are you seeing with the loop hooked up? it may also be a good idea to get a air purifier if you dont already have one or your fan is going to get clogged up pretty fast.
OP
G

temps are listed in the OP.

im not super worried about dust. the fins are very wide, and the the fan moves a lot of air. if anything clogs up nothing a quick blast of air wont fix
You must log in or register to reply here.