I know Solid State Drives have a shorter life. Some shorter than others.

Here quality matters but the type matters as well. Now that we have the M.2 things have changes a little and the type of chips are varied. And you gotta control the heat.

Read up and understand, one day... it will die. Pay attention and keep it cool it will live linger.

The CPU, GPU and PSU all get a little heated. Here a hot case and dust are your enemy. Keep that case vented and open it up for a good cleaning from time to time.

All of these will last longer than you care to keep them, if you keep them clean.

Good airflow and keeping clean matter. Enjoy your system. Mine are tool and toys, in that order. And I have KILLED them before.

If they die they die.

Yes I saw some threads and just had to do a little PSA.

Lol, what did you read that you felt you needed to post this?? Cooler is better, sure! 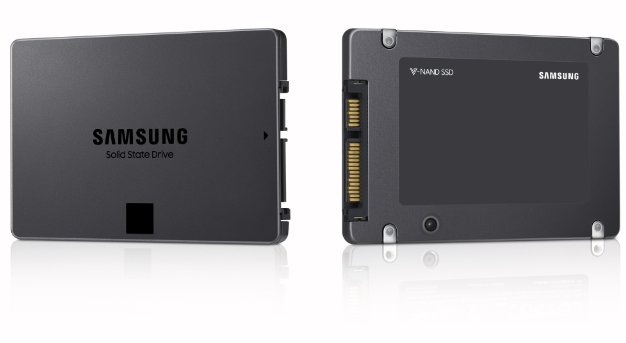 SSD Lifespans: How Long Can You Trust Your Solid-State Drive? - Datarecovery.com

One of the most common misconceptions about solid-state drives (SSDs) is that they’re capable of storing data indefinitely. All storage devices eventually fail, and unfortunately, SSDs are no exception. That doesn’t mean that they’re unreliable — SSDs offer much faster data access than hard...

Lower temp = longer life, but 85°C is the max safe temp when "gaming" series have all throttling point at about 70°C, so I don't think they will degrade much faster than designed. All higher series M.2 SSD have 3-5 years of warranty. They typically die randomy because of some less known issues than because they run out of working cells. Most older SSD that I had or I saw in my friends' or work computers, had 80-90% life remaining after 3+ years.
Higher capacity = longer life, too, but it doesn't mean it's worth to pay more when we are not using this capacity as SSD may randomly die.

I make some weird small ITX builds from time to time using components that shouldn't be even used there. I had more problems with VRM or PCH overheating than SSD. "Sandwich" heatsinks from older generation motherboards were causing problems because all the cumulated heat was causing SSD to run at 70°C almost all the time and the bottom SSD was throttling way too often. Still, nothing died. Newer motherboards have separated heatsinks and added bottom heatsinks (under the SSD) to help spreading the heat. It works much better.
In my ITX gaming PC I have Strix Z690-I Gaming motherboard and 2x2TB M.2 + 2x1.82TB SATA SSD. All is closed in a small ITX case with custom CPU+GPU loop and only one 120mm fan on the radiator. I wonder how long it will live ... knowing me, I will upgrade it faster than anything will happen. I can only say that 50% of the water evaporated from the loop in 4 months.
OP

EarthDog said:
Lol, what did you read that you felt you needed to post this?? Cooler is better, sure!

SSD Lifespans: How Long Can You Trust Your Solid-State Drive? - Datarecovery.com

One of the most common misconceptions about solid-state drives (SSDs) is that they’re capable of storing data indefinitely. All storage devices eventually fail, and unfortunately, SSDs are no exception. That doesn’t mean that they’re unreliable — SSDs offer much faster data access than hard...

Perhaps. Custom builds are a sport, like hot rodding.

Go fast or go home. I have blown up and cooked plenty of stuff.

Crud, my OLDEST SSD still has 89% calculated life left and it's 12 years old. An OCZ Vertex 2.

Hmm, I may still have a Lite-On SSD somewhere. I'm sure it's at least a decade old. Was using it as an OS drive to test mobos.

I wish I were that lucky. Ive lost about a dozen SSDs in my personal gear in the last decade. The oldest one I still have in my possession is the one that I use as a flash disk and I think its from like 2016/17ish.

I have a pair of Micro Center 64GB SSDs that I originally ran in RAID0. One of them is working, but on a shelf. The other is running Win10 with my Q9650/GTX970 folding rig. 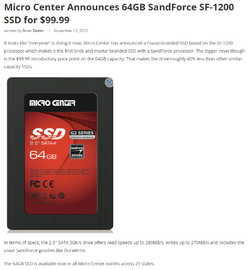