Is it screwed or can it be fixed

So earlier yesterday (the 10th) afternoon out of no where this line just appeared on my monitor, 28" Asus 4k, couple of years old, had it's fair share of power surges and power loss situations, but this came out of nowhere. Monitor was on and GPUs were hummin' along folding nicely for a change. 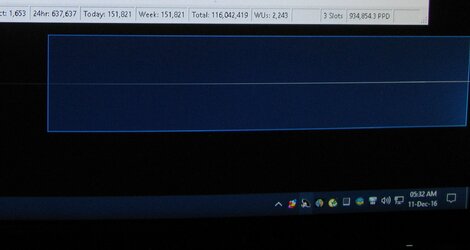 It's a monitor artifact, doesn't matter which GPU I plug the monitor in, or how I dance around waving my arms about the line won't go away. Any advice other than put Monitors on UPS, don't leave on for years on end and keep dust from building up inside the dust covers?

I know that there are softwares that pretend to fix these types of things on occasion. At least for a single dead pixel anyway. They attempt to bring a pixel back by rapidly switching all pixels on and off. It would be a very big stretch to say that something like this could help but..... I don't know any of these programs myself to be able to recommend one specifically. I'm sure that there are free ones at Sourceforge and with that as the price, it can't hurt.

I would also contact the manufacture and see if it is a defect that is covered.

Being only a couple years old... is it still under warranty? That is where I would look...
OP

I looked it up, it is still under warranty, I haven't opened it up or anything, so no seals have been broken, Got RMA auth. a lil while ago, now to figure out how to pack it and if I send the base with it, I would save on shipping if I don't.
R

Possibly a T-con signal connector problem. I would head over to http://badcaps.net
W

RJARRRPCGP said:
Possibly a T-con signal connector problem. I would head over to http://badcaps.net
Click to expand...

He should continue the RMA since it's under warranty.

Definitely. If the unit is under warranty, RMA is the only way to go. Happy to hear that by the way. Good luck.
OP

I got it shipped off finally, took me awhile to find a box for it, I just didn't see putting it in a 28x28x28 box and then filling it up with foam, although that might of been the best bet. It's insured and I watched FedEx pack it so I think it's going to get there in one piece. I'm just concerned with how it will be returned to me, lol. Shall see, I doubt they will get in until Wed. 21st and probably wont get around to looking at it until the New Year.

Thank you all for the feedback, will let you all know how it goes with RMA and whatnot, this will be the first time I've ever RMA'd anything, so not sure what to expect other than what I've read and it doesn't look good for ASUS, lol. I mean the horror stories are so bad out there.
W

I hope you have good luck, report back.
OP

it appear FedEx is on their game right now, I left out Fri. 16th on a truck headed to CA and arrived there Mon. morning 19th, according to the website Repair is already in progress. So far the rumors of how bad people are treated seems a bit misguided, of course there is always more to a story that you never hear about, I might just get a email from ASUS saying that the warranty is voided cause of something or rather, but time will tell, so far it's a rather boring process, here's to it staying that way. My biggest fear is that when they return the monitor they do the horrible job packaging it like so many people have written about and it gets damaged on the way back to me, but nothing I can do about that.
W

Post back how the monitor works when you receive it.
OP

Will do, got off the phone with a service rep because I was a little concerned that the monitor was already being shipped back, I mean they got it mon. and ship it out on wed. That has me thinking they didn't do anything to the monitor, but the service rep says they replaced the LCD panel. Hopefully it's packaged OK and comes back in one piece, I know how packages get handled by freight companies, seen them doing it myself on occasion. FedEx shows it to arrive to me on the 27th, but I'll get it when I get it.

Woohoo, let's hear it for FedEx and Sat. delivery's'. I never expected them to be working today, any other sat maybe, if you paid for such service, but I didn't think ASUS would give me that or that FedEx would be open X-mas Eve. A few things of course, there is some marring I know wasn't there when I sent it out, and it just makes me not really, that would be sorta of nit picky honestly. 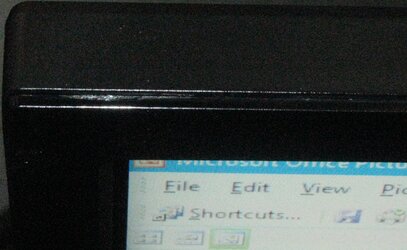 Had the light not caught it just right I don't think I would of noticed it. I mean I've done worse when working on my father's pick-up, of course I think I'm handling this better than he handled the hole I drilled in the Bed of his pick-up, long story, but it was meant to be there, anyways. The packaging wasn't as bad as I thought it was going to be from all those stories floating around on the internet either. It could have been better, but it was actually pretty good.

At best they could of thrown some more bubble wrap in to fill the gap, but the bubble case is pretty darn stout, nothing wrong with that bouncing some, it will take some impacts before it transfers them to the product, hopefully that doesn't happen though. 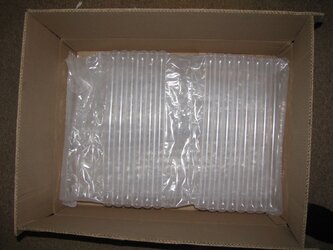 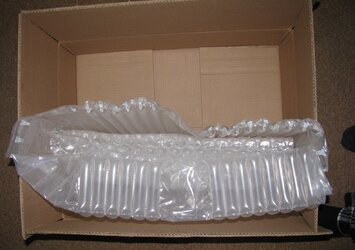 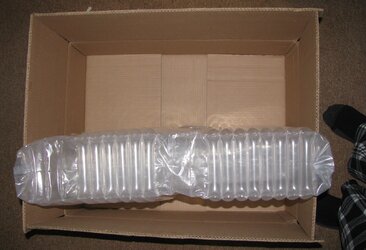 Regardless, it came back in one piece, the only phone call I made was when I contacted ASUS Support to find out what work if any had been done to my monitor, the agent was kind and easy to understand, I do think they were having their office party when I called, but that is in-material, the call took no longer than 15 from the time I dialed the number to getting an answer.

Could they have done better, depends, packaging was a bit lack-luster but more than sufficient imo. Could they have been faster, I highly doubt it. Now the only question is whether or not this monitor will last at least 2 more years, I can only hope so. Hope this answers any questions you might of had about ASUS support, yes I will suggest their products, of which I have plenty and they all work great.

Most warrenties only last from the time of original purchase and does not reset when you get an RMA replacement. Of course, every company is different and even then, warrenties change rather often.

Looks like the packaging is good to me. Sorry to see the marring. That's not right.
You must log in or register to reply here.

Just Upgrade or Build From Scratch?
2 3

F
A rookie's trip through watercooling: Getting to glass.

V
Showing off my first WC build ever