Is this just corrupt VRAM? Or is there something else wrong? (WARNING XXL PICS)

So I've been trying to get an old computer working.

So! I just boot into the bios, no need to boot into an OS (haven't got a spare hard drive with an OS on and I don't really think it's necessary.

I believe the problem is just corrupt VRAM. I've replaced the TIM on the CPU and my GPU (first time for gpu, went awesomely ) so I doubt it's an overheating problem. I tried replacing the GPU TIM about 5 times anyway with varying abouts of TIM from a VERY small amount that didn't quite cover all the chip to overflowing out the edges.

So, just a dead GPU? Posted it in general because it might be something else.

Thanks for any help you can give

And now for the pics:
NOTE: It looks slightly like there's some residue on the caps in the last pic, that's just the flash. 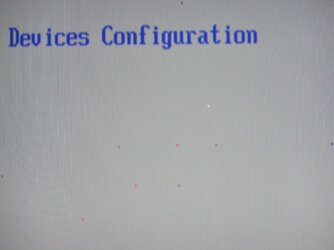 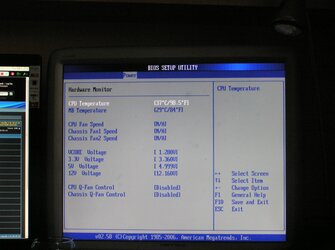 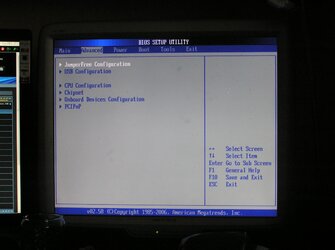 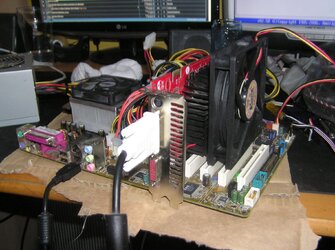 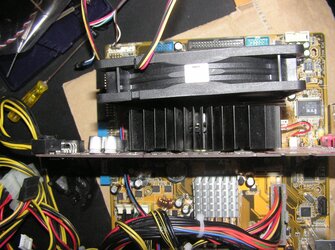 Those are artifacts. A damaged vid card is the most likely cause and chances are the damage is irreversible. You can try updating the cards BIOS or even increasing the GPU and VRAM voltages, if you really don't want to get another card.
OP

I wanted to keep the price as minimal as possible. I have 3 120mm fans and I'm planning to buy 2 more.
A simple GPU will probably cost me about 30 quid or so. That would probably push the total over my 40 quid budget

Just to show what I might be planning:
Fans in all but 2 of the gaps. 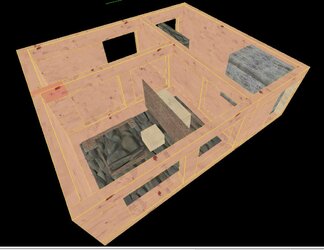 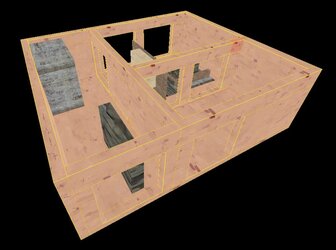 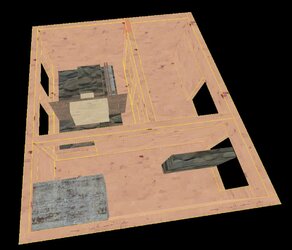 So is this definitely a damaged graphics card?

why not swap another GPU into it real quick? You have one in your system.
OP

But seriously why wouldn't I? Is there any risk to my GPU if this one possibly died on that mobo? Could put the 7900gs in my current rig actually. I'll go put it in my current rig in a bit.
Probably should have thought of that first :s
OP

260 ran fine with the rest of the hardware, looks like I'm going to have to spend a bit more if I want this wooden case thing
You must log in or register to reply here.

Is my PSU or my Mobo broken?

Is this just a glitch within GTA IV? Or is something wrong with my graphics card

I think my ram is crap -or something cuz i'm getting hella errors...