i have a Dell 1505 which has an issue with the screen going out but the computer is defiantly still functioning so im hoping it can be fixed. it suddenly started having this issue a several months ago where after i turn it on, before it finishes loading BIOS even, the screen would go blank. it was still running as you can hear the windows login and shutdown sounds from speakers. at the time i had no use for it so i would let it sit for weeks and then when i tried it it would keep the screen on till windows loaded and then went blank. but when i restarted it it would again turn off within a second or 2. its been on my desk for almost 4 months waiting for me to look at it and when i finally got around to it i was using it for about an hour but then it started happening again.

Can you see the picture on the screen if you shine a flashlight on it?
OP

Hmm, can't replace the GPU to troubleshoot then... That's my bet though.

If possible, might try connecting to an external display[monitor]. My Macbook had display go out, but will display on an external screen. I use it now just for the 42"LCD TV for when using the elliptical.
OP

i havent tried an external screen yet because i been lazy. the only point of this laptop is to be used as one so if i cant get the built in screen to work, its trash to me. basicly im going to be using the laptop to control the tuner for my truck. thr last laptop i had was stolen out of the truck and i figuered this would be a good replacement. i went ahread and ordered a replacement screen inverter since there like 5$.

i suppose i can do some crazy stuff and build the laptop itself into the truck physically. probably mount it under the seat. put in a single-din video touchscreen. pretty badass
OP

installed the new inverter. for abit i thought it was fixed. somereason i was having difficulties getting windows to load but screen stayed on. then after abit it finally started happening again.got ticked off and put it aside. well its 3am and im wide awake and cant sleep. decided well lets take a look at it again. its been displaying the screen for only about 2 seconds before going blank. something i noticed was it makes a noise that goes away soon as the screen turns off. sounded kinda like bad fan or something so i disassembled it to inspect. because the wires are soo short i honestly cant decide if the noise is coming from the screen or the mobo but if i have the screen disconnected then the noise is gone. well i decided its finally time to find some adapters and an old vga cable to connect it to a monitor. works perfectly on the monitor and no noise. im gonna mess with it more tomarrow its almsot 5am now
OP

looked at it some more this morning. tried swapping the old inverter in and the noise isnt there but the screen stays on only half as long. also i tried looking at the screen with a brighter light and it is actually jsut the backlight is off. jsut have to look at a specific angle. i went ahread and said screw it and ordered a new lcd and another inverter

Glad to see you're making some progress!

let us know if your able to rescue. laptops can be such a pain at times.
W

Why would he need to order the lamp?
I don't think you can even replace those without replacing the rest of the LCD these days...
W

Some tines when you order the laptop LCD panel it does not come with the Backlight Lamp however with dell it probably does. Here is the Lamp. https://www.any-pc-part.com/product_info.php/products_id/103671/zInspiron+E1505
OP

i ordered a brand new entire upper lid with lcd and inverter. was like 40$ so it cost me same amount as a new lcd, inverter, and lamp would but without screwing with any of if. got it installed little while ago and its working great. the noise is no longer there and it hasent had an issue with shutting off yet. so far im thinking its successful 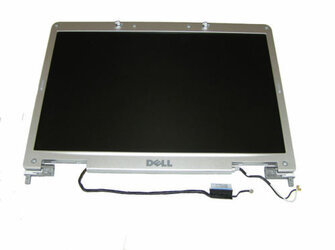 now i jsut got to figuer out why it wont boot. it crashes when loading safemode but seems to be freezing when doing checkdisk at stage 4 of 5. the harddrive might be bad but im not worried. i jsut ordered a new 256gb SSD for my computer and ill jsut put the old 128gb one in it with a fresh version of XP or Win7 if specs are good enough

That is a good price for complete upper lid. Glad your having good luck.
OP

Glad it's working well for you. Maybe you could use windows 7 it should work going from XP?
You must log in or register to reply here.

A
Black Screen after Welcome login (no explorer no safe mode)