CPU has been unlocked to use the Level 3 cache / no wasa
Click to expand...


Johan45 said:
The good ole days when you could go cut the lawn while 32M was running
Click to expand...

Got some AM4 stuff might make the bench before this is over, although got a little learning curve. Only grass I have is in the front yard, area is so small if the mower was running might be able to finish before some of this new stuff is done .

The RAM was seeing how high I could get with cas 5 ran out of CPU on that CPU multi.

I am still trying to figure this out, memory is so tricky on this platform. Tighter timings is not always better, XMP was only about 2 seconds slower. The biggest thing I have learned so far is to keep FCLK, UCLK, and Memory all 1:1 (3600 memory for me). Bumping the memory up to 3800 puts UCLK in 2:1 mode and it kills efficiency. As you can see here, benchmate makes a pretty big difference in the total score. 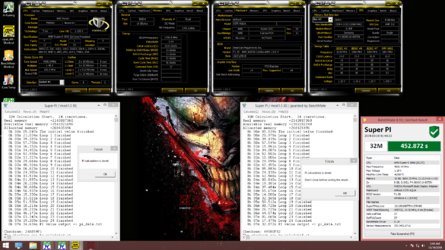 Nice run! My play time is over I might be able to squeeze something out last minute but.......
W

mllrkllr88 said:
I am still trying to figure this out, memory is so tricky on this platform. Tighter timings is not always better, XMP was only about 2 seconds slower. The biggest thing I have learned so far is to keep FCLK, UCLK, and Memory all 1:1 (3600 memory for me). Bumping the memory up to 3800 puts UCLK in 2:1 mode and it kills efficiency. As you can see here, benchmate makes a pretty big difference in the total score.
Click to expand...

To set 3800/1900 1:1 you have to force it with manual settings. Check Advanced tab and manual AMD OC settings. It works without issues on Extreme4 so as long as your CPU keeps stability at 1900 FCLK then you can set it too.
Recommended max is 3600/1800 1:1 just because every CPU can make it.
On the other hand I doubt that your score will improve much. As you said, this platform is tricky and results are sometimes weird. Samsung wins only because of much tighter main timings but if you compare it at the same clock and CL then Hynix is slightly faster. I mean you can see the same or slightly better results at 3600 16-19-19 on Hynix as at 3600 16-16-16 on Samsung.

I have no problems with memory. I only have problems with CPUs. The last 5 were really bad in CPU, memory, and FCLK clock. I have only 3700X right now but it's not any special and hits a wall at ~4.4GHz ambient. Posted one result but also meh.
Last edited: Oct 22, 2019

I can't remember what I got on my CPUs. One of them for sure doesn't make 1900. I think I got one step over 1800 only, beyond that was unstable.

1833, 1866, and 1900 train but are generally unstable on my 3900 chip. If I blast VDDG ~1.17v I can get them stable for certain benches but not 32m (late fail loop4+). 1933+ fails train... As for the other volts, SOC and VDDP have more to do with IMC and don't help fabric clock in my experience. Colder CPU temperatures might decrease fabric stability. Subzero temps requires a fabric clock of 1500 or less in most cases, however, I couldn't get lower than -170c myself regardless of fabric clock.
Cheers 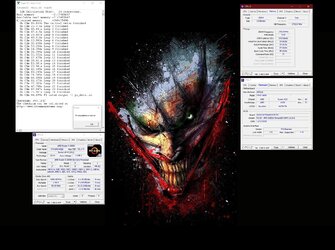 I'd suggest going into your memory timings and setting all of the sub-timings to AUTO. That X470 Taichi should be decent with "auto rules" and adjust accordingly. Once you have established the frequency goal, then go back and start setting the sub-timings and see where the problems are. That being said, 3466c14 is solid!!

tbh I think a lot of it is the CPU. 3600 is tough for it, especially with 4x8GB, but I don't feel like pulling sticks right now. I really have been leaving the sub timings on whatever XMP (3200 CL14) sets them to, but maybe I need to try auto.

Johan45 said:
you can probably knock 5 minutes off that time if you use the bulldozer conditioner
Click to expand...

Just showing the difference between Sp32 with and without the Bulldozer Conditioner. 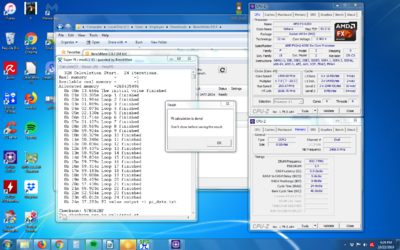 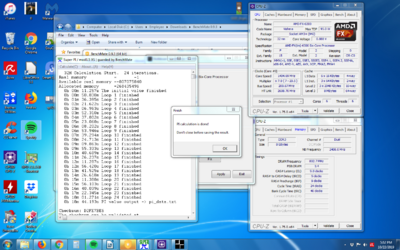 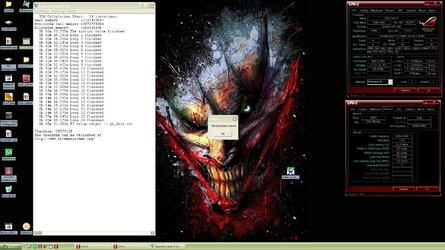 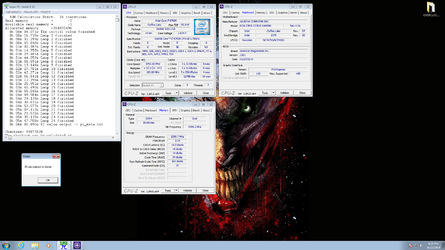 I tried windows xp but it did not get any better than windows 10 so i tried windows 7 64 instead. was able to knock off 21 seconds. I also did not get the chance to setup HWinfo to show my clock speed. But i can tell you that it was at 5.3ghz.

Samsung on these AMD runs really weird. At the lower clock, it's fine but not as good as expected while there are performance problems at a higher clock. For example, I can run 4600 CL14/15 but results in benchmarks are the same or slightly worse than on Microns at 4600 CL18. Also, mentioned Hynix doesn't need so tight timings to perform as good as Samsung. Maybe new AGESA will fix it. I've seen that G.Skill had their last press release with a mobo that has that new AGESA and at least on screenshots performance in AIDA64 was weirdly good for their settings.

There are more sub-timings that affect performance but in most cases, motherboard already sets them for optimal performance. On Samsung or Hynix can play with some more but on Micron what motherboard sets is about the lowest that will run without crashes.
Hynix is also tricky. There are multiple IC under C-die naming. Some IC run at a higher clock, some at tighter timings.
Last edited: Oct 23, 2019
You must log in or register to reply here.