Overclockers is supported by our readers. When you click a link to make a purchase, we may earn a commission. Learn More.
I

I am looking for a MicroATX/ ITX cpu build to add to my current setup (rendefarm). I use my CPU strictly for CAD / photoshop/ 3d modeling and high performance renderings but would like boost production time and speed..

My current set up is: 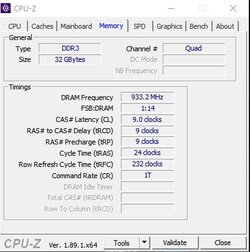 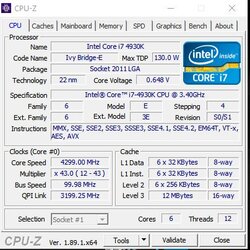 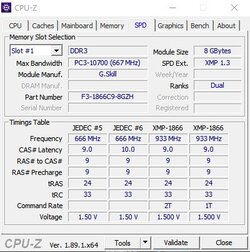 I would like to use one of these cases:
https://www.amazon.com/GOLDEN-FIELD-Computer-Cases-Shell/dp/B07F6WSNV5

-I am looking to build with the same specs as my original computer or parts equivalent that will fit any of these cases. I need recommendations on the cases above and which parts to eliminate/or replace. Best bang for the buck would be great but rendering performance must be greatly improved once i link the two pcs together..Also what do i need to link the computers together (cord?)..I appreciate the help and look forward to the replies. Thank you!!
W

If you care about the performance then take a look at Ryzen 3900X. It will perform about twice as good as 4930K using about as much power and probably will heat up less. At least I was recently comparing a power usage of 7800X (6 cores) vs 3900X (12 cores) and it was about the same.
If the cost is a key factor then Ryzen 3700X is a very good option too.

Regarding small cases and a high power build. In general, it's a no and I'm telling you that as I have some experience in ITX builds which are "over the top". Here is my last 3900X/64GB/GTX1660Ti ITX build. In short, I had to cut additional holes and remove the side window (replaced with a grill) to make it run as quiet as I wanted, and without performance drops during higher load.
I'm not saying that building a high-performance ITX PC isn't possible but it will cost you more only because it's ITX and will barely save space compared to a typical ATX tower setup.

Listed cases look great but have limited airflow. UMX4 will be the only good option if you want to put there a large graphics card. Pretty much everything with side windows and no clear airflow in front will perform not the best if it's in a small form factor like ITX. It's not so big problem if you are not using a high-wattage graphics card, something IGP, or PCIE up to 75W. The problem is when a large graphics card is blocking the airflow and heats up the air which is next going through the CPU cooler.
InWin, which you have, uses side panel ventilation which is better but they don't really have small PC cases.

It also depends if you care about the noise or not. You can install everything in a really small case and it will still work, at high temps and with fans at high speed but it will work. I just see no point to use high wattage components for work and install them in a small PC case. There are things that I do but I wouldn't recommend them to anyone else (like the PC which I made recently).
Last edited: Apr 27, 2020

I 2nd the recommendation to go with a Ryzen 9 3900X build and avoiding ITX. You can go with an mATX setup in a case such as the Fractal Design Meshify C Mini Micro ATX. I have the 3900X running on an MSI B450 mATX motherboard with zero issues. While it's in a larger ATX Corsair case, the airflow in it is very similar to the Meshify C Mini case I linked.
You must log in or register to reply here.

X79 vs X99 what is the difference ? also differences in Xeon CPUs and RAM types.

W
best case for a pair of twin200mm rads

V
What cooler would be best for my setup.