Hey guys, new to the scene. Just built up my first pc and now I'm running into a bit of stability issues.


At first for the longest while when I would open a game it would freeze and restart my pc after shutting off my mouse and keyboard. Now I notice the CPU is maxing out..I think some things just need to be adjusted.
I just switched today from DDr3 1600 8GB (dual) to the current 16gb patriot and I don't think that frequency or something is matching up either. When I run Forza Horizon 3, my cpu is at 100%..im new to this so Ill try to understand and upload correct information

I have been running Prime95 for about an hour and have not had any glitches or restarts.
And the hardware info should be considered on "load" because Forza is currently open and cpu is at 100%

I also have pictures of CPU-Z Mainboard, Memory, and those tabs. If needed 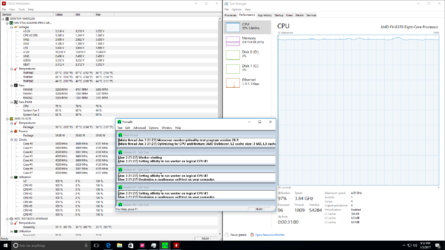 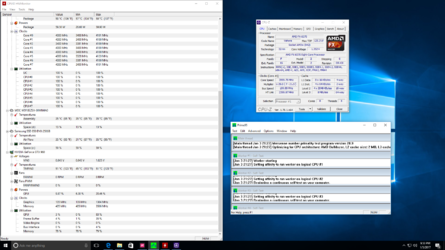 That processor is probably running too hot and shutting down. The VRMs can do that also.

Might need to address case flow and add a fan just to the left of the CPU socket where the VRM heat sinks are located.

Another thing to be concerned about is the Mobo's VRMs. How does your CPU voltage hold up under max load? I know the older MSI boards for AMD (early 900 series chipsets) had a pretty bad rep.
OP
B

I actually think I had a fan in backwards heh...moved and fixed fans. I also went into bios and tuned the fan speed a little. Any advise on how I can at least not get my CPU to max out? 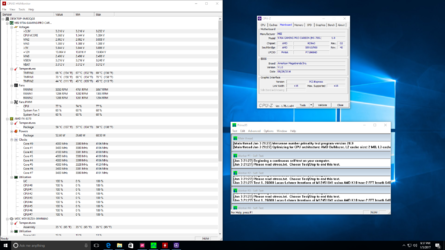 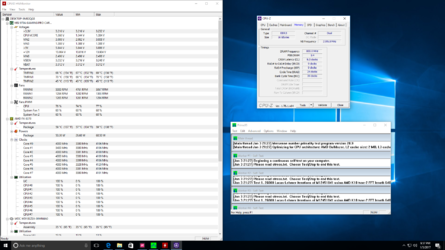 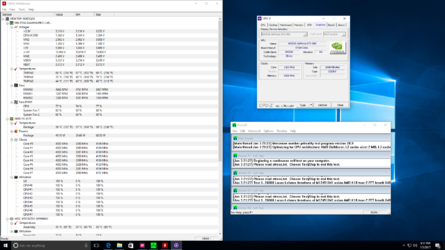 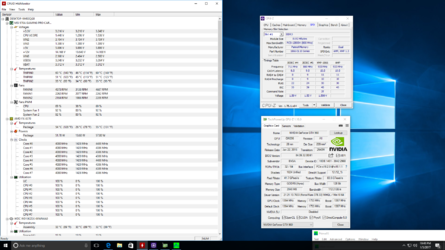 If you get BSOD code 0x0000001E, then likely a CPU overheat! I got that once, because I was using cold-air duct cooling and one part of the duct got detached and sucked in warm air...

So my processor getting too hot is likely my only problem with my system glitching?
Are you able to see with the info I provided if my ram is running correctly

Your ram is running at 1600 CL9 according to the second pic in the last post. TBH 1866 CL 11 won't really be an improvement.
Looks like you're using the stock HS for the CPU and yes temps are likely your biggest problem. Try running with the side cover off your PC and see if the temps drop at all. If they do then you're not getting enough "fresh" air into your case
OP
B

Okay thank you so much for your tips pal.
I surely will try running with the side cover off and upload those results.
One thing I wanted to mention.. I am able to run Forza the game still. If I slowly ease into the game and be patient and not spam click the mouse and stuff I can manage to get loaded inside. While I am in at the top it spams low video memory.. I just installed memory though..
Is it possible my settings don't match up to the new ram I put in or do you think that is related to the processor getting too hot still?
Thank you for answering my noob questions

Could be a memory/IMC issue. You could try adding a bit of voltage to the CPU_NB. I would try setting it to 1.25v
See if that helps at all. Some memory can be wonky on this platform. The IMC isn't very strong.
OP
B

Thank you Johan for telling me exactly what to set it to, as I'm new to this! But very interested!
I am pretty confident that my freezing/glitching problem is related to memory is some way. Since it was running fine before the new ram.
I will be home in 1 hour and give it a shot.
Once I do so.. What am I looking for on the hardware monitor software?
Am I just making sure I'm not going over a certain temperature on something? And what temp would that be

Package temp max 65c not sure if it's tmpin 0 or 1 on that board but keep it 75c or less. You seem fine there and if it only started with the new ram try what I said and add a bit of voltage to the ram as well. If it's at 1.5v currently up it to 1.55v. Whatever it's set to just add .05v. You could also try setting DOCP ram profile. That will up it to 1866 with looser timings might help or may cause more issue than you currently have.
OP
B

Sorry for the totally noob way I say this but.. Yesterday in OC settings (click bios 4) I came across some dram setting and it had like 1600mhz and 1866 mhz and so on. So I picked the one I had which was 1866(it was on 1600) and when I restarted the Pc it didn't work. Black screen and stuff so I had to clear bios and reset. How come I can't change it to that 1866mhz when that is the memory I have?

Again thanks so much for the guidelines. Learned a lot just from this thread

How long had Prime95 been running when you captured those screen shots? Looks like it barely got started.
OP
B

Trents I want to say around 45 minutes to an hour? I am running it again right now. After I let it run about 2 hours, what should I then do? Or attach for you guys to see?
Here is some screenshots of my current Bios Two hours of Prime95 should ensure the overclock is stable for most uses. That was my concern, that you had adequately stress-tested it.

I notice that the rig never shows it idling down.
this is caused by 2 things,
#1 win10 spies on you and uses your machine for what ever it wants. to help with this get safernetworkings spybot antibeacon and set it to block everything.
the other is to wait for a while for the rig idle after booting up for it to idle down to around 800 Mgz before benching or testing.
there are other settings to help also but most of these can be found in the Microsoft operating systems of this forum.
OP
B

Well I have the fans manually set to be on to keep the cpu as cool as possible. When I would boost my CPU freq, my Video Card wouldn't load at boot up. Could it be to not enough power?

As the guys from Mythbusters would say "There's your problem:" --> MSI 970a Gaming Pro Carbon

Throw some of these behind your VRMS and Socket if you've got the room
https://www.amazon.com/Electronics-FFB0412VHN-F00-40x40x28mm-Cooling-connector/dp/B005IH0WUI
You must log in or register to reply here.

W
Which PSU for this pc