Need help deciding on a new x570 or 570S board for a friend and need peoples input. I have been hearing alot of people suggesting to get the x570s aorus master or even the pro, but ive been very skeptical of gigabyte and DOA boards it may not be the current case now though. I also was thinking about the msi x570s tomahawk max.. budget is around 400 and would really like to try something besides asus this time around for him.. thanks
OP
E

You don't have to worry about Giga and DOA. Aorus Master is a solid choice as is the Tomahawk. Really it comes down to features, price and looks. There's no need to spend the money on the master, but it's a better-looking board with more features, for sure...but again.... $

I had good luck with a B450 Tomahawk for a machine I sold to a coworker. It overclocked the RAM and the CPU nicely for the price. 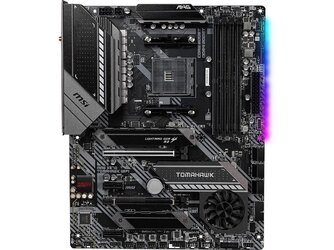 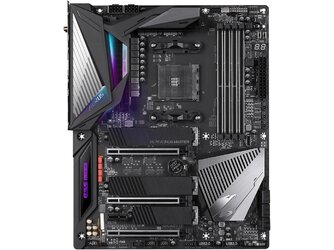 Have had a lot of Mobo's over the years Gig,Asus,Msi,Asrock never had a bad one from any Co. I think your safe in that respect. Currently have a Auros Pro (Intel) and an Msi and an Asus.

I remember only a couple features I was glad to have or regretted not having. I like having a start button on the Mobo (Preferably lit) and Wifi built in...I use ethernet but my printers always worked better on Wifi. I also like built in BT at this point.

I think I sprang for one really feature laden and expensive Mobo and never used the features. From then on budget rules and I would wait for sales and spent between $175 and $200. Never regretted it. It is so much fun building a new PC you can always get a new Mobo a few years later. Windows is still the biggest annoyance for me. Kinguin is your friend.

I vote for the Auros Pro, it is what I would get.
You must log in or register to reply here.

J
Need advice on new CPU and Mobo for clocking