Status
Not open for further replies.

I'll put my comments in here with some of my thoughts in more detail later, but in general, NN is absolutely needed.

A rather lengthy, 5 minutes, read but very useful to the discussion:

Robert17 said:
A rather lengthy, 5 minutes, read but very useful to the discussion:

I didn't get much out of that but,

Just like telephone companies are required to wire up every house more or less regardless of cost, ISPs would be required to bring all infrastructure up to a minimum standard. Let's be clear about something—it makes no economic sense from a society-wide perspective to make such a large investment to serve so few people. It's a handout to rural Internet consumers, pure and simple.
Click to expand...

Irritates me as I'm in a very rural area [in the eyes of an ISP] where ISP's charge $70+/month for a package that would cost $30 in the city.

They should bring everyone up to a better internet standard. There's 1000+ people within 10KM radius of me who would love to pay a tab more for better internet. They won't lose money out here, they simply won't make as much as they want.

Yet another perspective, the big guns being heard:

Silver_Pharaoh said:
Irritates me as I'm in a very rural area [in the eyes of an ISP] where ISP's charge $70+/month for a package that would cost $30 in the city.

They should bring everyone up to a better internet standard. There's 1000+ people within 10KM radius of me who would love to pay a tab more for better internet. They won't lose money out here, they simply won't make as much as they want.
Click to expand...


You should check out: Government of Canada launches program to bring high-speed Internet to rural and remote communities -- Connecting Canadians website As it relates to you directly.

Anyway, back to the thread.... 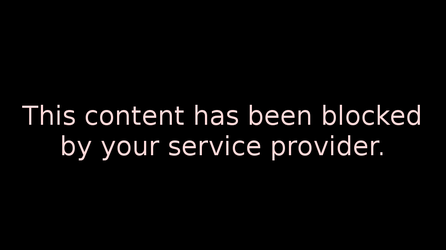 
You should check out: Government of Canada launches program to bring high-speed Internet to rural and remote communities -- Connecting Canadians website As it relates to you directly.

Although... I already am on 5Mbps, so technically speaking there's nothing the ISP has to do - they already met the gov't plan as it doesn't say 5Mbps and low latency. Hence my 5Mbps satellite connection

Ah well, back to the thread. I'll rant somewhere else

The corporate battle lines over the new federal rules for the Internet have been well established. Vocal technology startups have been leading the charge for muscular regulations for broadband access, and Internet service providers including Comcast (CMCSA) and Verizon (VZ) have been arguing loudly for more flexibility. Blue chip companies without obvious tech interests have kept a lower profile.

But a corporate alliance with subtle interests in this fight has been quietly pushing the Federal Communications Commission for strict broadband rules. In a series of meetings this year attended by representatives from Ford Motor (F), Visa (V), United Parcel Service (UPS), and Bank of America (BAC), participants urged FCC commissioners to reclassify broadband service under Title II, according to documents filed with the FCC.
Click to expand...


The FCC Is Being Forced to Defend Net Neutrality in Court


To anyone who thought the net neutrality debate was behind us, the FCC found itself defending its regulations before a panel of judges considering the ISP’s objections to the new rules.

If the US appeals court judges rule against the FCC, the agency’s new regulations could be toast, meaning Internet providers like Comcast could offer “paid prioritization,” often called Internet “fast lanes,” to those willing to write a check. The decision isn’t expected until next year.

In February, the FCC effectively reclassified broadband Internet providers as “common carriers,” meaning the government could regulate them much like telephone companies or other industries. It followed that by passing the Open Internet Order that outlined specific non-discrimination policies. The broadband industry of course cried foul, and the US Telecom Association filed suit in July, arguing that the FCC didn’t have the authority to pass such sweeping regulation without congressional approval.

It’s hard to know just how the judges, Sri Srinivasan, Stephen F. Williams and David S. Tatel, are leaning. Srinivasan, appointed by President Obama in 2013, hasn’t said anything about net neutrality and technology. Williams, appointed by Ronald Reagan in 1986, is generally seen as skeptical of regulation, but perhaps not so rigid as to guarantee he’ll side with the telcoms. Some have argued the decision could come down to Tatel, who Bill Clinton appointed in 1994. Tatel ruled against the FCC in its case against Verizon in 2010, arguing the agency lacked the authority to stop Verizon from throttling BitTorrent traffic because broadband providers weren’t common carriers. Net neutrality opponents believe that ruling provided a map for regulators to follow to establish legally sound anti-discrimination protections. But critics argue Tatel’s general opposition to regulatory overreach suggests he will side with them.

The Hill suggests that their questions during the hearing suggest Tatel and Srinivasan may favor the FCC, with Williams leaning toward the carriers.

Even if the court rules in the FCC’s favor, net neutrality isn’t out of hot water. The telco industry can appeal to the Supreme Court, and House Republicans have included an anti-network neutrality rider in a spending bill. A GOP victory in the presidential election could complicate matters further. On the other hand, if the controversial TransPacific Partnership trade deal passes, some legal experts believe the FCC may get the authority to enforce network neutrality.

Regardless of how the court rules, Comcast, the country’s largest fixed-line broadband provider, is forbidden from discriminating against certain types of traffic by conditions of its merger with NBCUniversal.
Click to expand...

Great. Because massive extensions of governmental power have worked out so well in the past.

Isn’t this is a mere ploy to for the FCC to take over complete regulation of the Internet? Next will it not be: so you want to run a Website, okay, you will need to apply for a federal license, pay annual fees, and follow our 75,000 pages of arbitrary rules with 5,000 new pages added annually; you want to be an amateur online new reporter or news aggregator, okay, where is your press credentials; you want to display adult content, using foul language or nudity, okay, where is are your mandated page warnings and secured sign in process; oh you want to encrypt data, well alright, but you may only use the SHA-CIA-BACKDOOR-2U 256/386/512 algorithms; running an Online store, great, but you need to provide the IRS with quarterly customer purchase histories and state sales tax data—oh and we almost forgot you will need to start collecting taxes for both your state of operation and the state of each individual customer at the time of purchase, along with combining that total, dividing it the currently set prorated percentage and paying that amount the IRS; your domain has been blocked from access until all content has been brought into compliance with the Prevent Internet Discrimination Against the Blind, Hearing Impaired, Disabled, Minorities, and LGBT Persons Protection Act of 2018; and... oh noes, we are so sorry, but there have just been too many complaints about your domain, so we have taken control of your account and shut down your domain, and by the way we have complete access to and are in the process of reviewing your site’s databases, email accounts, and file system, so sorry for you, really.

The government's only motivations for anything are control and revenue. A situation that shows no signs of going backwards.

Thread closed. It lasted a long time, but when comparisons to the Nazis start getting thrown around (in subsequently removed posts), it has gone too far.

Status
Not open for further replies.