Applications like 3d modelling and photo/movie edition benefit from fast ram. Some way over 5%.

I am mobile now, but google photoshop ram speed, and you will find benchmarks with significant differences depending on the ram speed.
OP
A

I've used again different psu calculators and for the final configuration with all the upgrades that I have in mind, they tell me 750/800 watts.

I think I will go for the Enermax Platimax 850 since I've red it has specific desing for the i7/extrene cpu and for sli/crf,
the peak is 930w, so I should have plenty fo power

then I will connect it to my sony bravia 49" 4k, and it should be really cool

As soon as there are enough Amps and PCI-e cables, you're covered.
OP
A

got to check into that "As soon as there are enough Amps and PCI-e cables, you're covered"

for the PCI-e cables I thikn I can manage, I just do a count of the cables of the parts I want to buy.

as for the Amps....what in hell should I look for to understand that parameter?
I think I should find a Amps "number" on the specs of the parts , and then do a simple count.

damn if I fell stupid!

thanks for being so patient with me.

Amps or watts, sorry for adding to the confusion...

You're golden with the 850W Enermax PSU.

Edit: what shop are you buying from?
OP
A

NewEgg does NOT do any expedition to Italy...bummer

as for the psu

after useing different psu calcolators at full load should be close to 800w...so 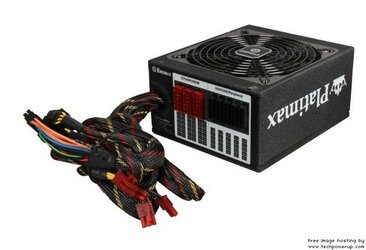 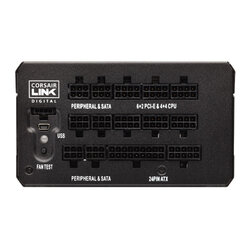 I would tend for the platimax.

as far as you know...which parts would need the PCI-e cables for sure?

All modern psus have the necessary wiring.

As sais a few times by a few peopleon the forum including me, an overclocked 5820k/5930k/5960x with 2 overclocked 1080's won't break 650w. Check the BeQuiet 750w units, or 850w if you feel more secure with that. They are top notch (power zone or pure power models. Dark ppwer pro being more expensive and not worth the premium IMO). Widely available and affordable in Europe, as it is a german brand.

Edit: Check overclockers.co.uk I believe they ship to Italy, and with the weak pound, there are loads of good deals.
OP
A

I was going around the net looking up the specs sheet to see what wires the different pieces needed.

at least I've learned to read the specs a bit better.

I've red a bunch of stuff about stress test.

when I will try to oc the built....which stress test you guys reccomend...hoping that they are not to "techincal" to run....some "stupid proof" ones.

Realbench is the one to go IMO: won't be as hot as P95, OCCT or Intel Burn test, but will detect insability much faster. 1 hour is usually enough, push to 2 hours as you will use your rig for professional prod. It stresses oth CPU and GPU (very though on the GPU!).

Piece of cake to run.
W

I have had prime95 detect error less than 15 minutes and Realbench pass a 15 minute test at the same CPU settings, I did the testing back to back.
OP
A

I'm going crazy...I really would like to get the swiftech h240 x2, the h220 x2 that I wanted in the beginning, can't be found on the planet for a decent price, and swiftech itself gives it out of stock, and this since at the end of the upgrades I'll probabily need to expand the cooling system.
so I went through quite a few cases and the Aerocool Aero 1000 seemed to be the one, one the specs it says the it take 280 cooling system.
but, that nice damn cooler of the h240 x2 has as "full body" dimensions 14x293x115
Aero 1000 doesn't give compatibility issues on PartPicker, but is it relayable?

did a little comp with some pics

the swiftech should fit in this position but I don't understand if I will have a way to change the position of the disks, the ssd manly. 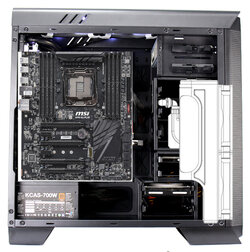 All of the advice given above is spot on!

I actually have an MSI X99S Gaming 7 motherboard...overclocks the CPU nice. I had difficulty getting the memory above 3200 on this motherboard. In the end, I settled at 2666 MHz, but decreased the timings...gave better results for my usage.

For an AIO, I am using the Corsair GTX 110i (they have replaced this with a newer model.) I trashed the fans (they were too loud) and am currently running 4 Prolimetach 140 mm fans in push/pull. They are very quiet and keep things cool. Folks have good and bad things to say about the Corsair AIO...but mine's been good to me.

For graphics cards and power supplies, I prefer EVGA...their customer support is the best.

All of my hardware is in my signature.

as for the cpu I have in mind to oc to 4.2/4.3, for what I've read with 4.2 there are no instability issues and I don't even have to tweak voltage or other paramenters.

as for the ram I go with ripjaws 4 ddr4 at 3000, as far as I understand I should be able to use one of the XMP profiles for that speed, which is the highest oc speed in the Intel specs. should be easy and stable. plus I have quad channel

but...thinking about it...swiftech can be upgraded....true...but....will I really need it?
I mean....I'm not tinking about serious oc...so...will I need dediceted cooling for the gpu, since I don't think I will push it more than the brand oc settings, and eventually for the ram, but I seems to me that that is only a case for extreme oc?

should I just get a cpu cooler like the Hydro 100i v2?

I get the feeling that the swiftech it over my needs, I'm not sure I would really use its potential, and if that is the case I could save some on the cooler and the case...about €100...not a huge difference on a €1800 biult...but every difference does count...I don't reach the €1000 every month so this is my 2016 investment.

You can grab a good aircooler for the CPU, like the Raijintek nemesis. I used to have one, fair price (60/70 euro with 2 silent quality fans included) and same cooling capacity as a NH-D15:
http://www.overclockers.com/forums/...s-testing-results?highlight=raijintek+nemesis

It will do about the same job as an AIO: i swapped it with a Cooler MAster Nepton 240L, and the temps dropped by 2/3c max.

In my experience, the one place you don't want to skimp $$ on is the case. The better cases will make cable routing easier and have more expandability.

When I bought my Corsair AIO, I was really close to getting the Swifech unit...for the main reason being that I could upgrade later. The Corsair and Swiftech AIOs had very similar cooling results. Some reviews had one slightly better, and another would say the opposite. But then I decided that this wasn't for me...I wasn't really interested in installing water cooled GPU blocks (for $100 or more) to get the extra 0.5% out of them.

I have builds with air coolers and with AIOs. What Tir says above is correct. However, I prefer the AIO for the following reasons:

- the AIO gives the inside of the case a "clean" look (i.e. you don't have this massive heat sink in the center of your case window (if you are going with a window case))
- it's easier to get access to PCI slots, memory slots, motherboard headers, etc. with an AIO (i.e. you don't have the massive heat sink blocking portions of the motherboard)
- it's easier to direct the "waste heat" from the CPU outside of your case (you put the radiator where you want the heat exhaust)

The downside of an AIO is you have to plan your build and the position of the radiator. A general rule with water cooling is: "the more radiator the better". Also, with more radiator space, you can reduce your fan speeds and have a quieter system.

When I first installed my 280 mm Corsair AIO, I hated it as the fans where SOOOOO loud. After multiple rounds of fans (various Noctuas and the like), I settled on the Prolimatech fans I have now. 4 of these in push/pull (2 on each side of the radiator) keeps my processor very cool and they are VERY quiet (a gentle woosh of air versus the turbine sound of the stock Corsair fans).

As far as for overclocking the 5820 K...I haven't read anything similar to what you posted. However, the overclocking process is pretty straight forward and well documented (on this site and on the web).

The most important thing about overclocking is making sure that you have stability. I'm very pessimistic on how I check for stability. However, I keep my machines on 24/7...and I want to make sure that my system is 100% stable and doesn't crash during usage. Hence, my stability testing is probably overkill...but I really can't put a price on peace of mind - hehe.


The XMP settings will work fine. However, there is one point of caution here.

- The general rule for overclocking is to overclock the CPU first, then do the memory.
- You get more "bang for the buck" from CPU overclock
- Memory overclock is not as much gain

When you turn on XMP for the memory in your BIOS, the XMP setting may require a different mainbus speed. You must adjust your CPU multipliers, and the higher mainbus speed may require extra voltage (as the memory controller is on-chip for the 5820 K.)

JrClocker said:
In my experience, the one place you don't want to skimp $$ on is the power supply.
Click to expand...

I built a few rigs in OK quality 50/60 euro cases. Not the best for sure, but good enough for good airflow and basic cable management.

Agreed on the AIO vs Air cooler on most points.

But I think OP is budget driven, and the money saved on the AIO+case (+/- 150 euro) would allow better "core" hardware. The machine being a production machine, time is money!

When you turn on XMP for the memory in your BIOS, the XMP setting may require a different mainbus speed. You must adjust your CPU multipliers, and the higher mainbus speed may require extra voltage (as the memory controller is on-chip for the 5820 K.)
Click to expand...

In this case, or with with speeds over 2800 MHz, it will move it up to 125 BCLK. BELOW that speed, it will not. It should not require more voltage for the speed he has. But the capacity, it may need some SA voltage... just to be clearerererer.
OP
A

wow!!!
that was some kind of explenation

first I have to say that a friend of mine that works in a computer shop is going to help me out if I get stuked, but I will try to take the pride in doing it myself, maybe it will take 3 times the time, but that doesn't matter.

1 case...the case I finally picked one that can take the hydro h100i v2 without problem, and looking at the pics of different configurations and reviews the cable manegment seems good.

I'll be able to write a dummies giude at the end