Hey guys I'm looking to build a new gaming rig but its been a few years and I'm not very up to date on the latest hardware. So here it goes:

What are you planning to do with this compuer? Please be as specfic as possible.
I'm mostly looking for a gaming setup, I will be doing some audio editing and production but I know an i5 will easily be able to handle my process and rendering needs. Some of the games I had in mind were borderlands 2, smite & diablo 3.
What is your budget?
I would like to keep it under 1600$
Does this include a copy of Windows?
No
Does this include peripherals (a keyboard, monitor, mouse, speakers, etc.)?
No
Are you from the United States or a different country? Are you ordering from your own country or from across borders?
Im from the states and will be ordering from them
Wherever you may be from, does the store that you are planning to order from have a website? It's okay if it isn't in English, we can manage.
I'll probably order from a combination of newegg and amazon
If you are from the United States, do you live nearby a Microcenter?
Sadly the Microcenter 15mins from my house closed down :[

So far this is the hardware I have gathered. Do you think this is a good setup? what should I add, remove or upgrade?
I actually originally built this on a budget of 1200$ but since I got a raise

I get to add a little more to it. So please any upgrade suggestions =D


Do you plan on overclocking? If yes, do you have a specific goal in mind?
I do plan on eventually but Im just focusing on getting the hardware together.
Would you prefer the build to be particularly small?
Doesnt really matter to me, the mid tower is a good size.
Would you prefer the build to be particularly quiet?
I'm not concerned with with noise
In general, do you prefer this to be a computer that you can spend money on now and let it rest, or a box built for continuous upgrading?
I would like to be able to continuously upgrade my machne
Do you ever plan on utilizing NVIDIA's SLI or AMD's CrossfireX technologies? These features, with a compatible motherboard, allow a user to link multiple identical graphic cards together for added performance. In real world terms, this lets you buy a second identical graphics card down the line as a relatively cheap and easy way to gain a fairly large boost in performance. However, this requires buying a SLI/CFX compatible motherboard and PSU now, which may result in slightly higher initial cost.
Im open to the idea but I think I would have to get a different mobo, and x2 gpu which means more $ but like I said Im open to the idea. also does vram stack?
Thank you for reading, any feedback would be greatly appreciated!
Last edited: Sep 23, 2012

Your Mobo, (either one) will be fine with SLI/Xfire.

Look at the 3570K, not a huge price diff and better. And maybe a few extra fans for the case.

Hey thanks for the info! I'm going to take your advise and bump the processor up to a 3570k and also the ssd to 120gb. Also I added a 200mm fan for the top of the case and 120mm for the front. The liquid cpu cooler will take up the last 120mm fan slot so I think (hope) I should be set as far as cooling.

No, vram does not stack in sli/crossfire. And yes, that psu is enough. It's a great psu.

Whole build looks great to me.

7870 is a mad overclocker but 660ti is stout performance out of the box. Someone else will have to come chime in on that one. 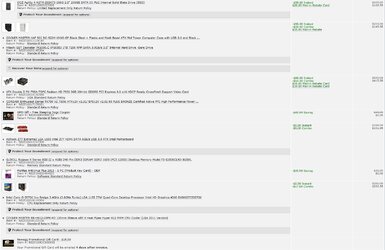 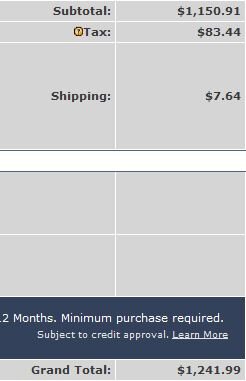 F
I need some help to my memory upgrade