So, I finally received my 2nd Titan X P today...tested it out...and did my AIO cooler mod on it. Both of my Titan Pascals are happily folding away.

My original plan for this was just to swap out my 980 Ti that was in this rig, dedicate the second new card to folding, and go on as usual with my first Titan X P as my "main" card for the rig.

I have run into a slight problem:

- With the Titan X P / 980 Ti setup, I (of course) could not run in SLI.
- The NVIDIA control panel would let me do "Span Displays With Surround" for my multi monitor setup
- I plugged my 4th monitor (dashboard monitor) into the 980 Ti
- When I wanted to game, I would pause the [email protected] on the Titan, keep the folding running on the 980 Ti and game on

- When I replace the 980 Ti with the new Titan X P, I first did not install an SLI bridge
- I was not given the option in the NVIDIA control panel to "Span Displays with Surround" (it was greyed out)
- I could activate and run all monitors, but not surround gaming

- When I install my old SLI bridge (not the new "high bandwidth" one as I wasn't planning on SLI), I get the option to "Span Displays With Surround"
- However, this option is ONLY an SLI setup
- If I pause [email protected] on the "main" card and try to game, I get horrible frame rates as the second SLI card is currently pegged with [email protected]


Does anybody have any idea on how to fix this?

My backup plan is to swap the 1080 FTW from my small server with the new Titan X P. The main rig would have 2 different cards, and I will be able to surround game like I did before.

However, having 2 Titans in the same rig looks REALLY cool.

Plug all the monitors in the first GPU.
OP

I think I tried that already...but will try again tonight.

If the NVIDIA driver sees 2 of the same GPU, it think you want to SLI...and the only way it will let you span displays for surround is with SLI. In other words, the option is greyed out if you have 2 of the same GPU and they are not connected by an SLU bridge...

I will give that another shot tonight.


On the bright side...it looks like the second Titan X P is better than the first one...with both at the same overclock (have to lock them the same in SLI) the second GPU hits the same frequencies with 10% less power (the voltage is much lower).
OP

Welp - for lack of any answers (and no answers on internet research), I'm solving the problem in a different way...

Cost me though...had to buy a new kitchen table and bar stool set for the wife - hehe

Your parts are always so expensive, lol!
OP

Hehe - I get what I want, and she feels spoiled...win-win!

Nice. Care to show us a nice pic of your setup with those two Pascal beauties and that new monitor?

It's "hacked in" right now (cable was too short)...and my office is still in carnage from the NerdGasm...will post a pic after I get it cleaned up! 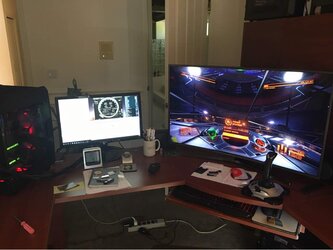 No shots of the barstools?
OP 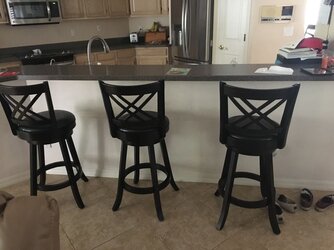 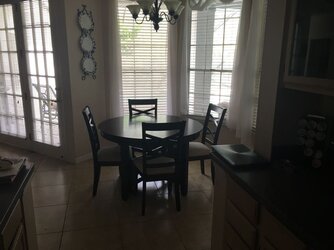 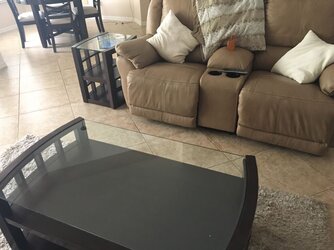 Ignore the mess - ran home from work to accept delivery and snapped these pictures to text to wife!

Hey, you left your stick on your desk, just FYI

Also, where did the table, chairs, and barstools come from? They look like what I'm looking for!
OP

ATMINSIDE said:
Hey, you left your stick on your desk, just FYI

Also, where did the table, chairs, and barstools come from? They look like what I'm looking for!
Click to expand...

American Signature furniture...they were having a sale! (Gasp - I know - furniture stores NEVER have sales!!!)

JrClocker said:
American Signature furniture...they were having a sale! (Gasp - I know - furniture stores NEVER have sales!!!)
Click to expand...

There's some of their stores here too, w00t!
OP

I gamed for about 12 hours this weekend...freaking fabulous!

Playing Elite Dangerous with a screen that is curved and this big is totally immersive.

Just incredible.
You must log in or register to reply here.