I have revived my old PC in hopes to get a bit back into online gaming. The build was new about 12 years ago and I know I'm a bit behind at this point, but I'm only $250 into the upgrades as of yet-

I have general knowledge of overclocking (multipliers, FSB speed and additional voltage necessary to support faster speeds) and had a Q6600 over 3.0 GHz years ago and it was stable.

With this setup however no matter what I adjust the FSB to the BIOS saves the setting however it seems nothing else recognizes it and it remains at 333, even if I set it lower. The highest clock I can get out of it according to the BIOS is 2.68, stock is 2.66.

I have changed to older BIOS revisions in an attempt to correct this with no luck. Even changing VCORE CPU-Z does not recognize the setting from the BIOS


Any help would be tremendously appreciated!

My problem was discovered to be RAM that was not compatible with the P5E3 motherboard I was trying to run... 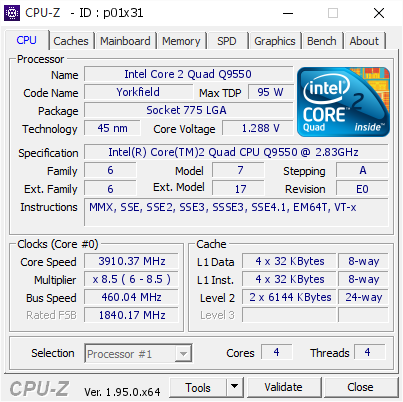 I'm still hitting a road block with the RAM though. I'd like to get it running a bit faster than the 1226mhz as it won't load certain games, Warzone being one of them. I know the game won't run well on this setup, but YouTube shows it does run on a Q8300 and RX470 iirc, so in theory it should work.

jhine5588 said:
I'm still hitting a road block with the RAM though. I'd like to get it running a bit faster than the 1226mhz as it won't load certain games, Warzone being one of them. I know the game won't run well on this setup, but YouTube shows it does run on a Q8300 and RX470 iirc, so in theory it should work.

I believe I tightened it up just a little to try and get a bit more performance out if it, but I'll try that.

Might explain why I haven't been able to turn up the frequency.

I am happy I was able to get that ancient chip up to nearly 4ghz on air!!

It is a balance between speed and timings. Realistically, the difference between Cl7 and Cl9 would be unnoticeable in real world applications.
General rule of thumb. Intel prefers ram speed first over timings (within reason). AMD prefers timings over speed (again, within reason).
OP
J

I don't believe I dug far enough into it to be adjust cas latency either, I think those numbers were finally where I ran into it would boot and it wouldn't lock up during a stress test or gaming and temps were reasonable.

I stopped fiddling with it at that point to get back to my computer.

His sits here next to mine as he doesn't have a desk yet at his mom's. It's a good little unit for less than $400 on a fresh build, thanks to some good deals and good friends!

I'm not sure if reseating the RAM fixed the initial issue of not being able to get it to run over the 1226 or what, but it's fixed now!

Thanks for the help 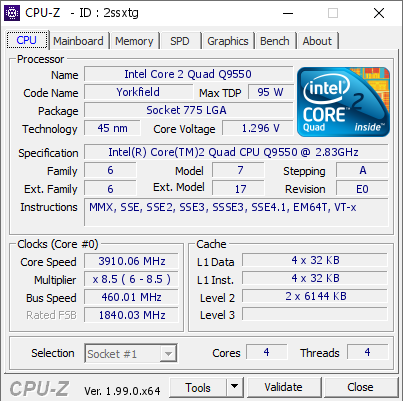 I'm not sure if the OP will be returning to this thread? But his final posted OC appears to be running on the "400" bus strap using the 3:5 memory ratio.

Intel LGA 775 motherboard chipsets apparently have a limitation or bug using that particular combination where the memory speed that is being shown is actually @ 2:3 ratio. All the other straps and their respective memory ratios will run correctly (200/266/333). It is just the 400 strap and the 3:5 memory ratio that is affected.

I have also used that particular combination in the past because with Intel 775 chipset DDR3 motherboards it is often a combination that will actually POST and "memory train" when running at higher FSB speeds. 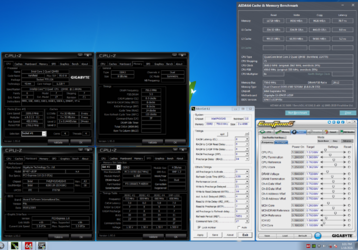 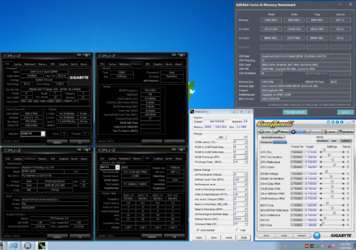 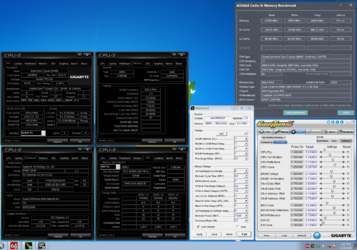 You are running a bugged strap. Get off 400.........or stay on it but know that your memory speed is bugged abnormally high.

Intel LGA 775 motherboard's have up to 4 straps to correspond with Intel's 4 default CPU bus speeds and each strap has its own specific memory ratios/dividers.

LGA 775 computer tech was predominately DDR2 based and only towards the end its life cycle did DDR3 begin to make an appearance.
The DDR3 motherboards often have speed claims of up to 1600, 1800(OC), 2000(OC), but it isn't particularly easy to overclock FSB and run high memory speeds across a NB memory controller hub. The early release higher speed DDR3 kits were higher voltage 2x1GB (1R) sticks as well as some higher voltage 2x2GB (2R) kits. The somewhat lower voltage high speed DDR3 kits ~1.65v came out with the later CORE series CPU: i7-9XX and i7-8XX (LGA 1366/X58 and LGA 1156/P55). 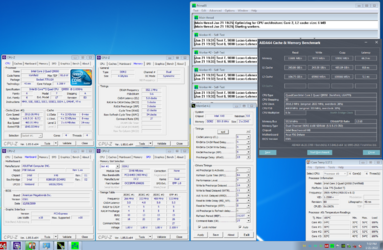