Please explain PSU rails once and for all

Sorry for opening up another thread in one day but this has been bugging me for a while. Single rail vs many 12v rails. I've been reading all day on this and other forums and still can't find an answer to this.

I understand single rail as it seems straightforward, however, dual rail leaves questions.

Does every cable (either modular or permanently attached) run on it's own rail? Or can one cable run on let's say two rails? For example I have one cable coming out from the power supply that has two 8-pin pci-e connectors on it. Does this whole cable run on one 12v rail with 30a total or (since a gtx480 needs 42a and would need 12 more amps from another rail) does one cable share amps across 2 or more rails? Do you know what I mean?

For example, there are 2 cables with 2 8-pin pcie-connectors on them permanently attached to the PSU. I can add 2 more (modular) cables that also have 2-pcie connectors per cable. In effect having 8 pci-e connectors in total across four cables. What I've been doing up to this point is crossing around the pci-e connectors so that no cable has it's two connectors hooked up to the same cable.

I've been looking at other people's builds and it looks like others don't do that, they just hook up both the 8-pin and 6-pin connectors that come on one cable to the same card.

I also don't get this explanation in the manual: 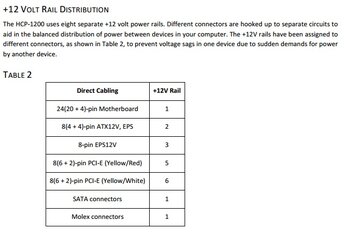 Does this mean the 24 pin connector, all sata connectors, all molex connectors are all on the same one rail, let's call it it rail #1? then the 8-pin connector is all alone on 2nd rail, rail #2? If that's how it is then where are rails 4, 7 and 8?

You should read the sticky thread in the Power Supply section (where this thread belongs) as it covers that information. Let me link it for you........

As far as your specific question on the PSU and which plugs go to what rails... that answer varies by PSU really. And a lot of PSUs do not even have "true" multiple rails as you will read in that link.

I cannot see the picture (office blocks 3rd part hosts) If you would like, attach it to the forum (it also does not disappear like 3rd party host images do)... 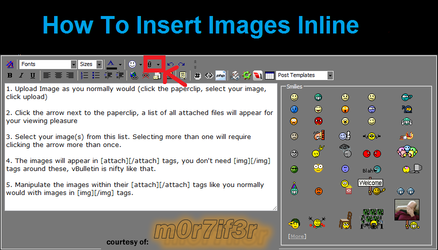