Navi 31 pricing is what they're turning to see now.. 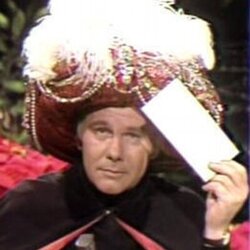 Okay, this is officially a three ring circus now.


Do not give these people money. I am on a 2016 PC but I will still H-O-L-D until this insanity bubble pops.

Are you suggesting anyone* could buy these cards and relist them on ebay 33% higher outta the gate?
OP

Filed under Membrane, insane in.
OP

I was out of the loop for a long time, but I get it now.
We live in a time where owning the latest gen tech is a matter of prestige.
PC component tech is now a status symbol.. Like owning a gaudy Rolex was. {This concept is nothing new.}

So okay. We adjust.
The two step plan is:
1. Do-not-buy. Do not buy, for as long as you absolutely don't need to.
2. When you absolutely have to, it'll be tech a gen or two behind. Used.

I see myself looking into questions like how much worse are these new (cheaper) Intel video cards?
Which card, from a gen or two behind has the best features combined with having dropped enough to be at reasonable price levels? Buy that.

Pricing was known for a couple of weeks prior, and as of over a week ago, we know the performance/it was released. I haven't seen any price adjustments at this time. Seeing the performance, RT performance, power use, and price, Not sure there's a lot of room to come down on the 4080/no point. Perhaps $100 or so? Maybe their lower-tier cards (not Navi 31) will do it?

Does your brain trust (and your own intelligence) believe there's another inflection point for precipitous price drops on GPUs? So far, it's been pretty status quo for nearly a full quarter with two card drops included.
OP

So the conclusion is that these cards will only be affordable when they are a generation or two behind.

If you want the latest gen, you are now looking at a four digit $ number, and again next year and the year after that, for the latest tech.... until a new company comes on the market with more affordable options, and that new company only exists in our dreams today.

Depends on what you mean by the latest gen because the lineup will fill out with more affordable cards with all of the latest tech on them. But yeah, the latest and greatest top card/two is over $1000.


c627627 said:
So I am opting to respectfully disagree with you, and step back to see who is actually right, you or the many price-conscious posters on hot deal forums who lay out the case that massive price drops still await us.
Click to expand...

What's the vibe on hot deals this month?
OP

You're asking?
Well people who were in the nVidia line fell asleep.
When they woke up, their pants were around their ankles, there was vaseline on their a$$, they don't know what happened..


As they were leaving they heard talk about price drops in 2023...


I wasn't in line at all and not getting in line for 2023, but I'll probably get these very cards that are four figures today for a fair price in 2024.

Facetiously...but, yes. I mean, they haven't guessed right yet (or the times were woefully off at best), but I am curious to know what else they're saying. I'm a masochist, I suppose.

c627627 said:
Well people who were in the nVidia line fell asleep.
When they woke up, their pants were around their ankles, there was vaseline on their a$$, they don't know what happened..


As they were leaving they heard talk about price drops in 2023...
Click to expand...

Maybe he thought those people who bought the cards applied it themselves to ease the pain?

Really not sure where he was going with that disgusting reference, oof...

Well it's an old joke about getting unwittingly screwed over before you realize what's happening..

For (at least) the last five years, anyone who's read the news has read more than one article about

But it applies to other industries which monopolized, cornered the market, like cell phone companies, TV cable companies before streaming became a thing, etc.


We live in an age where video card market is a Duopoly.
This will not change unless a new competitor shows up. Which may be in ten years or never.

So top cards in the 2020s will therefore be thousand(s) of dollars. Probably more in two years, not less. Because it's a coordinated Duopoly.


So I go back to the conclusion that we (will be lucky) to get today's top cards for a more reasonable price in 2024.

We have a third competitor, the Intel Arc A750 & A770. They are trading blows with the RTX 3060 and RX 6600 @ 1080p and 1440p. Sadly Intel has had lots of issues getting these products out the door, along with some driver issues. They missed an important launch date considering they showed up just in time for nvidia & AMD launching their new generations. At least they are still competing with last gen cards since the new gen mid-range hasn't been released yet.

I'm just starting to think about updating my Haswell system just because it is old. It still does what I need it to do, but sometimes the itch just needs to be scratched. If I do manage to do an update I'm planning on an Arc A770 for the build.
OP

Yes! On the day NDAs were lifted this year, I couldn't wait to read what Intel brought to the table.

Though much more affordable, sadly they could not compete overall this year.


I feel with Intel, it'll be like with cell phones, year after year, eagerly awaiting the new chips for cell phones Intel was promising, then nothing. They couldn't compete.
But we'll see next generation of Intel video cards.

No one reasonably would expect Intel to be fighting at the top end on their first attempt. They have some things to work out, but already it feels like they're trying harder than AMD to grow. I think it will be interesting to see if Intel can overtake AMD for 2nd place in a couple generations or so. For quite a while AMD were not fighting the top end of the market, and as Intel gets into gear it does make sense for them to focus on volume areas.

I do have the A380 to play with. Driver polish still needs work for sure but most games that I've tried work fine. Only Portal RTX is the only title that I've not managed to run at all, but that probably has a lot of green sauce in it as I hear it doesn't work well on red either.
You must log in or register to reply here.