Everything works fine on boot up but the m2 is not detected anywhere! not in bios, windows installer, windows itself, and samsung magician
I cant seem to figure out why its not being detected.

My 3tb hdd has no problems being detected bios windows installer and windows all picking up the 3tb no problem.

I am aware on this board that installing an m2 knocks out sata 5 and 6 I have my hdd plugged in sata 3 but not to mention also I at one point unplugged my 3tb hdd altogether to see if bios or windows would pick it up which it did not.

I cant find no drivers for the evo 850 per say

I would also like to mention I installed a samsung 950 pro on my own system with no problem which is the same motherboard just the x99 chipset., the msi gaming carbon pro x99 is there something I am missing????? why cant I see this drive please help thanks 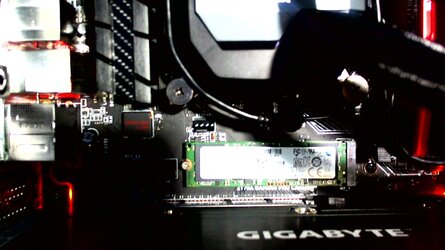 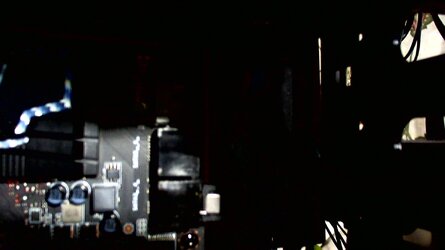 Also I would like to mention that I installed windows on my 3tb hdd and installed samsung magician to see if it would pick it up which it did not! and

Can you try the m2 drive someplace else? Maybe the it's DOA or the m2 slot is?
OP
Z

Have you tried the basic pulling and reseating of the EVO?
OP
Z

so basically you mean just taking it out and putting it back on?

Yes....sometimes those oddball interfaces can be finicky.

I had this happen to me once.

For whatever reason either Windows or BIOS created a new boot thingy on my m.2 drive (Samsung 950).

I was about to format and reinstall Windows, when for whatever reason I looked at the boot order in my BIOS and saw the second boot thingy. I pointed the BIOS at that, and it worked.

Don't know how to do it in your BIOS, but poke around and see if you can find it.

boot thingy?
well I dont actually see the m2 in any of the boot order it is the same bios as you have i think...
msi gaming carbon pro z170a

There have been several BIOS updates for that MB, two that noted 'improved [make] [model]' of NVMe drives. Perhaps a BIOS update is in order?

Zentech said:
I tried reseating it I took it out completly and put in back in still the same thing

boot thingy?
well I dont actually see the m2 in any of the boot order it is the same bios as you have i think...
msi gaming carbon pro z170a

I hope this **** isnt doa too much hassle to go through rma
Click to expand...

I don't know what else to call it (am not sitting in front of my PC). My m.2 drive does not show up in BIOS either. But, I can select the boot order for a UEFI device...and there were 2 options.

Was it boot from MBR maybe
You must log in or register to reply here.