I have been reading around about the significant temp drop by delidding the 7700K CPU. I upgraded to a 7700K system back in April and have been running it without delidding for a few months now. I am running a Gigabyte Aorus Gaming 7 Mobo, 850W Corsair PSU, 16GB Ripjaws DDR4-3000, EVGA 1080 FTW Video Card, 500GB Samsung 960EVO M.2 drive for OS, with the 7700K and an H115i Cooler, packed inside a Corsair Carbide Air 740 Case. I thought with this cooler I would have better luck with keeping this thing cool but I was greatly wrong on that assumption.

Upon initial attempts to get 5Ghz out of this chip, I found I was definitely temp limited due to the quality of the TIM under the stock chip. For 5Ghz, it required at least 1.38v to keep Prime95 from instantly failing out and at that voltage without delidding I instantly hit 95C+ within seconds aand it was still climbing until throttle/shutdown. I finally found a happy medium of 4.7Ghz @ 1.25v at around 84C full load to run 24/7. I kept wanting more though. Finally I made the leap to purchase a Rockit 88 Delid Tool and take the plunge. I also opted for CoolLaboratory Liquid Pro TIM for under the IHS. I did some before and after testing at 4.8Ghz with 1.3V. After running 30min on Prime95 with the stock TIM before delid I was hitting 95C on one core with the others trailing behind at around 90-91C. I have attached a few pics of the whole process. I am still testing results and so far with the same 4.8Ghz @ 1.3V at a half hour running Prime95 I'm seeing a max load temp of 74C. I was able to get 5Ghz to run Prime95 @ 1.38V and 78C but I am still testing to find the limits. At least temp isn't one of them anymore.

I started out with my chip in the delid tool. 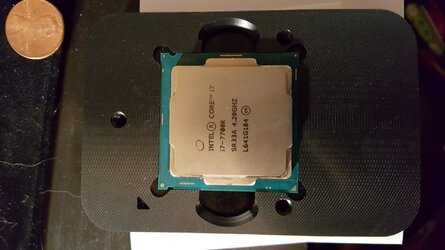 I will see if I can get the video uploaded of the "Pop" of the delid process.

Here is the naked die and the IHS with the stock TIM. Doesnt look like it was applied very well and why 2 cores seemed to run a lot hotter than the other 2. 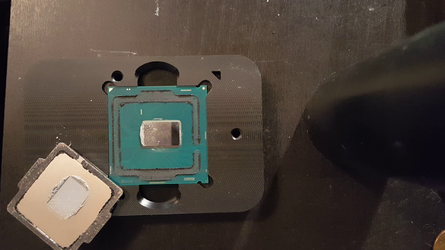 Here is after cleaning the TIM with some Alcohol and removing the IHS Sealer with a credit card, scraping it off. 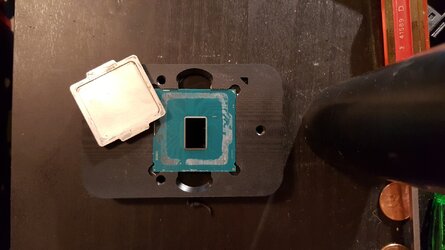 Now to prep for the Liquid Pro, taping off the PCB to prevent overflow. 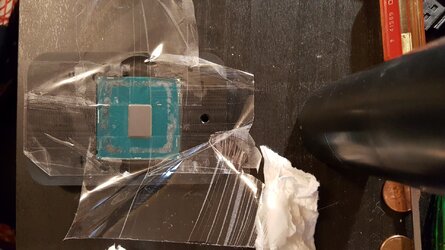 I have a video applying the Liquid Pro as well that I will try to upload. Its pretty simple, very little dab of TIM and spread it with the included cotton swab to an even layer across entire die.

Here is the applied Liquid Pro 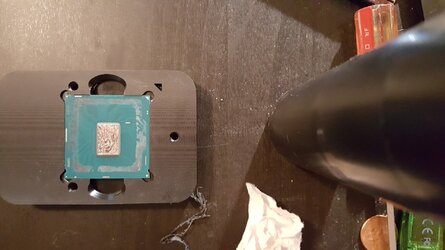 Applied some Liquid Pro to the IHS as well, but they say it isn't required. 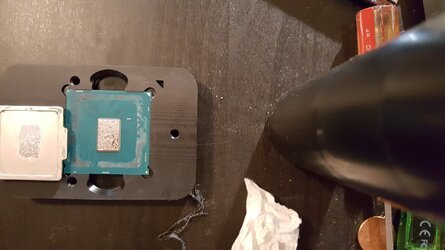 Now for the Empty CPU Socket to insert the CPU back in. 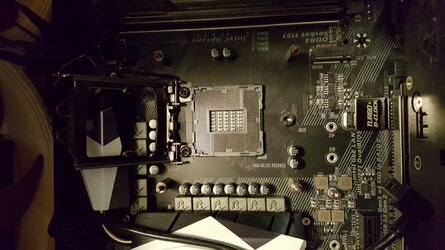 I am not re-attaching the IHS with glue for now as I may want to test more configurations of applying the TIM. 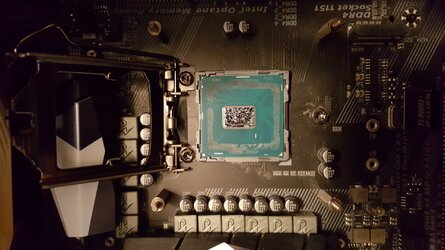 Using the CPU hold down to keep the IHS in place to allow it to be removed easily in the future. 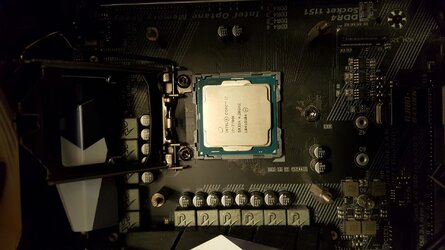 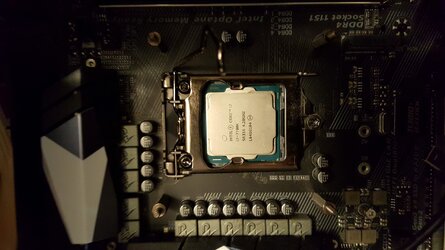 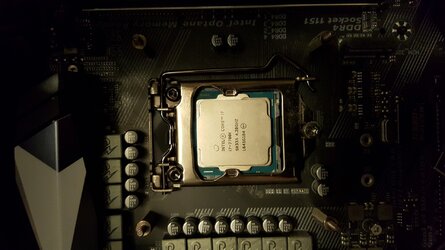 Applying MX-4 thermal compound for the main TIM contact to the cooler. I have had great luck with MX-4 and I may try some other compounds in the future to see if there is much difference. 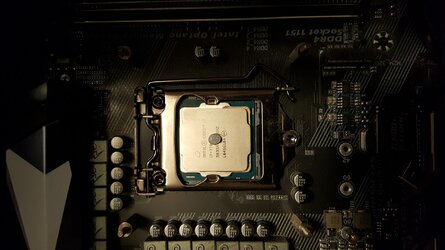 H115i re-attached and tightened down. 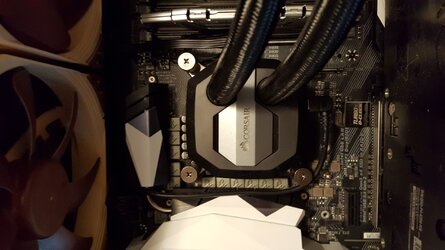 A look at the entire configuration in the main side of the Corsair Carbide Air 740 case. 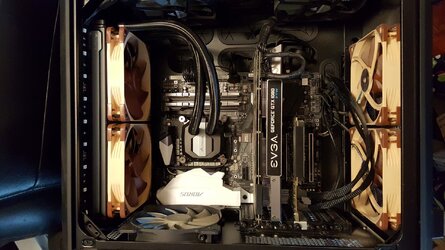 Great job! I'm sure with a little more tweaking you'll be right where you want to be

Though you are temp limited, you are also at the limit of what many would run for voltages already. 1.38v at 4.9 is a dud. 1.4v is psuhing it.

Though you are temp limited, you are also at the limit of what many would run for voltages already. 1.38v at 4.9 is a dud. 1.4v is psuhing it.
Click to expand...

My opinion doesnt change the chip is a dud and close to 24/7 voltage limits.

EarthDog said:
My opinion doesnt change the chip is a dud and close to 24/7 voltage limits.
Click to expand...

Woke up on the wrong foot?

Not at all. Just saying that doesn't change my thoughts in the least. Its a dud and he is close to what many would consider to be a voltage limit already.

well done bchur83, nice write up. much better read than the usual i delidded thread. looking forward to your luck with hitting and maintaining 5.0
You must log in or register to reply here.