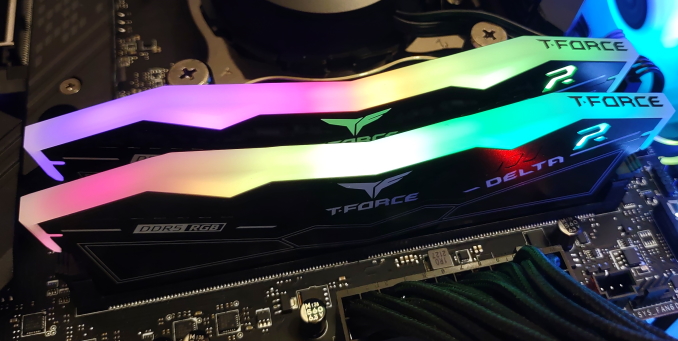 Team Group released a new kit of RGB memory with an astounding 6400 MHz speed rating. As part of their T-FORCE line of gaming-oriented memory, the new DELTA RGB is the first memory officially released to break the 6000 MHz barrier. Even amidst component shortages, we managed to get our hands on this rare memory. We'll tell you everything you need to know about this new product launch from Team Group and show you what it can do when overclocked.
Click to expand...

Why does this look familiar? Oh yeah, I have the 6000MHz kit

Surprisingly when I upgraded it was the cheapest DDR5 kit at MC - even beating out the 5600MHz kits. My only gripe so far is that the "smoked" LED bar makes it a royal PITA to get lighting matched with the rest of the system as coloring is slightly...off. That could just be an issue with GB's RGB Fusion software though.
You must log in or register to reply here.