Forum Spotlight:
Soulcatcher has a fun race going on with newer folder hshtick. They are running near point for point and is looking to be a great race. Log, join in and have some fun with this one. These guys could have a long term rivalry.

Team Threat List:
None. There are no threats because we are great!
(higher is better)

Our top 13 are all earning 1 million or more which is very strong. The rest of the team is also statistically holding steady which forms the foundation from which we are able to go after the other teams. Be proud of your points. Good job guys.

hrsetdr will earn 200 million in 1 week.

Moving up 4 spots each:
StrategyFreak
slaytalera also joins us on the top 100 of page one. WOOT!

Moving up 3 spots each:
Lowryder

Moving up 2 spots each:
AnubisOne
Nihilus

World Top 100:
We are seeing that a few of these guys have battles going on. Week by week they move up a spot then fall a spot then move up again. These battles are really close and with extremely high point gains. Keep routing these guys on as they are in very contentious battles.

I should start putting out more points soon. Planning on picking up another 1070 this week if possible.

Holy smokes, can't believe I am about to hit 100 million. I think I was just over 70 million last time I checked. This 980ti has been awesome!!

torin3 said:
I should start putting out more points soon. Planning on picking up another 1070 this week if possible.

Edit: Trigger pulled. If I'm lucky I'll have it Saturday, if not, early next week. That should put me back near 3M ppd.
Click to expand...

They didn't even try to deliver it today, even though it was a normal delivery day because they said my work was closed. So I drove the 45 minutes to the local hub and picked it up.

Installed and running, but the PPD hasn't settled down yet.

torin3 said:
I should start putting out more points soon. Planning on picking up another 1070 this week if possible.

Edit: Trigger pulled. If I'm lucky I'll have it Saturday, if not, early next week. That should put me back near 3M ppd.
Click to expand... 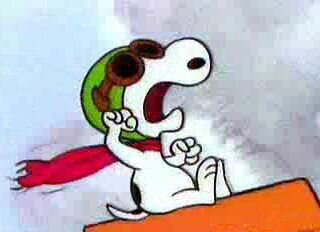 I've been trying to pass you for ages!

I've been trying to pass you for ages!
Click to expand...

Don't worry, you won't have to curse me for long. I might be able to extend it out another week or two, but I'm not going to be able to pull your level of PPD for probably at least 6 months or more, if at all. I'll get one, or maybe 2 more 1070s after taxes, but that will only put me around 4 to 4.4 million PPD. I'll still keep falling behind, but not as fast.

Let's hear it for the (billionaire) boys.