Please congradulate TC who has earned over 2 BILION points! WOOT!

Big boost to all Nvidia folders worldwide. It’s a huge boon for [email protected] It’s nice to see my numbers over 3 million ppd and not having done anything additional to do it. It’s less fun to see that everyone around me also got this boost based on the Nvidia gear that they are using.

Overall, it is great that Nvidia stepped up to make all of their shader cores work more efficiently for folding. We are, of course, working to help cure cancer and the like but also COVID. This is probably the biggest impetus to getting this upgrade but I’ll take it. It means that my current level of effort is worth that much more. WOOT!

We’re not doing as bad as this table shows. It’s worse. Not to worry. We are still doing very very well. It’s just that they are doing better. Keep that in perspective. We are doing very well. Very very well in fact. Good things are being done from the data we produce and that’s that. We are a team of individual doners who work to keep this level of production up from our own time and money. Many of the teams out producing us are corporate sponsored in some way making the comparison unfair. When a single “user” can out produce our entire team 11:1 or more…

Active folders and ranking:
Our number of users has gone up as too has the average ppd. WOOT! You are awesome. I mean, despite what your Mom says about you. I think you’re great. I mean to say. I think that your Mom is nice and all but I didn’t believe that you weren’t great. Any hoo. Keep being great or awesome or whatever you are. Stay you and stay the course.

Now on to something completely different….

I’m going to guess that around the 2-3 million ppd mark you’re seeing about a half – 1 million ppd increase due to the Nvidia optimization. Not bad at all.

31 all earning 1 million ppd or more. Is that a new record? I can’t even keep track anymore. You guys are just too good for me to keep up! Damn it! Stop being so good at this stuff already! (ED: Don’t stop. Make him hurt with big stats.) <=== Oh no you don't. Don't listen to the ED. (ED: I get final say here. Make him pay for the "Mom" references above.)

World Top 200:
Times are especially tough on these guys since Stanford started including COVID into the mix. Cheers guys.

If you’re not having fun, you’re doing it wrong.
It’s not how much you fold but if you fold.
If you fold, then you’re my friend.
Keep your stick on the ice.
A journey of a thousand miles begins with the first step.
Everything is within walking distance…. if you have the time.
SEND IT!
The early bird gets the worm, but the second mouse gets the cheese.
Where ever we go that's where we will be.

Huge congrats to TC! Maybe I can get them on my conquest list eventually...

Well done everyone, fold on! Thanks, as always, Don.

edit:
I went back and did some historical checking, and to provide some 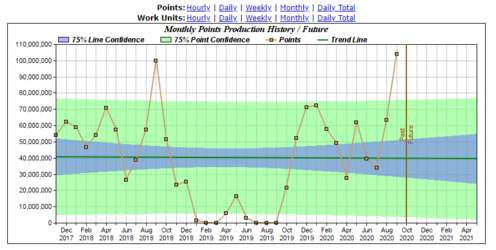