Team Spotlight:
Summer is coming. Some of our teammates in the south have already had to scale back. It will happen. The truth is that all teams will experience this phenomenon.

The trick is to see who will go longer into the heat. It’s like a “late breaking” maneuver is auto racing. You see who can lay off the breaks into a turn the longest. The prize is that if you break last you carry more speed. The punishment is that you may not be able to make the turn and crash.

We, as a team, need to play that game. Keep the pressure on by folding into the spring and summer but shut down before our collective gear burns up in the heat. Please plan accordingly.

Forum Spotlight:
RoXQi3x has a great thread that has actually been around for more than a month now. Fireteam RoXQi3x has a picture and a behind the scenes look at a team within a team. We do not know how many other folders within team 32 are a combined effort but these guys have found a unique way to propel themselves into the top of the charts.

Team Threat List:
None. There are no threats because we Rock and/or Roll! (Simpson’s reference)
(Higher is better)

RamonetB will earn 3 billion in 4.3 days.

Moving up 2 spots each:
JrClocker

Looking for WhitehawkEQ but he is still not in the top 100. Nuts.

Congratulations to everyone on their hard work and earned goals.

I don't understand. Those are just four random words.

I don't understand. Those are just four random words.
Click to expand...

As in the sound a wild animal makes...like a lion!

I don't understand. Those are just four random words.
Click to expand...

Further RAWR clarification. Clearly Don, you haven't wasted hours (days) of your life looking at icanhascheeseburger.com. lol
(I must confess I have spent a lot of time there, but not in several years) 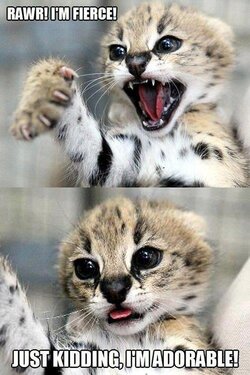 Continue the good work.
Thanks for being here.
You must log in or register to reply here.