FEATURED What did you get today?

Mpegger said:
For those of you snagging graphics cards, are you all getting them at, or very close to MSRP? If so, how are you getting them?

I was planning a new graphics card to support my 4K HDMI 2.1 screen, before the Covid/Mining struck. As you all know though, that pretty much went out the window, and I refuse to pay hundreds over MSRP for a already (IMO) overpriced graphics card generation.
Click to expand...

I've bought a total of six 3000 cards including a laptop with a 3060 and all were MSRP. One from the Newegg shuffle, the MSI laptop was Newegg direct and the rest of them were eVGA. Also missed an ASUS Strix 3080 from the shuffle by missing the payment time by 1 minute.

If it is any help the eVGA 3060 waitlist seems to be moving quick so if you haven't signed up yet go do it.

Great! Those who havent already purchased a 30 series through the waiting list are being placed ahead of those who have purchased one already.

Figures. The wait also looks to be around 5 months from what I've been reading in various forums/threads. Not bad, but supposedly there are talks already of new graphics chips coming in 2022 1st/2nd quarter.

I'll add my name to the list when (if?) it opens back up again, but by the time I come up in the queue, there may already be new cards on the horizon.

Just the 'super' versions of Nvidia cards. Not sure when AMD is coming out.

Got another set of DDR4 for playing around with. Also picked up an AC/DC Clamp Amp/multi meter. 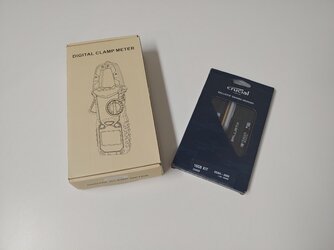 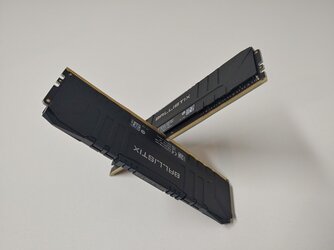 EVGA RTX 3080 FTW3 Ultra came today. This boy is THICC. Rare opportunity to directly size compare two RTX cards. My Zotac RTX 3090 Trinity and the FTW3. FTW3 is huuuuge. I imagine the Zotac is one of the smallest 3090s? 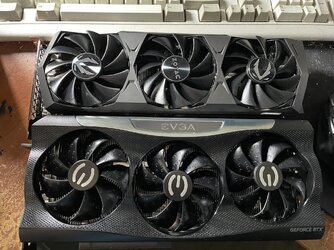 Maxed the voltage and power limit sliders on the 450w BIOS and did not manually overclock, timespy results seem pretty good. Max temp of 75c. hopefully my poor 850w Seasonic can handle it lmao 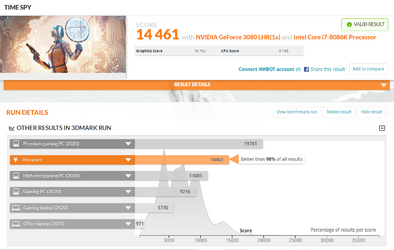 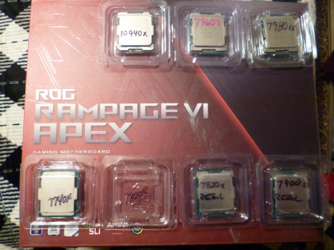 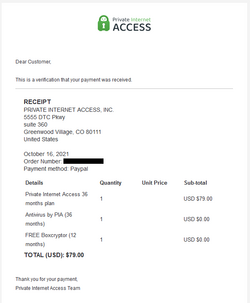 Blaylock said:
UPS just knocked on my door. Im excited for the member I'm sending this to.

This card was for me. I installed it about a week ago and installed the water block yesterday. Details here. 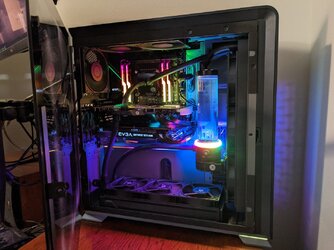 Athlon XP 3200+, some speedy DDR sticks and a ram cooler. I think that might get hijacked for the VRMs on my Ncase rig.

I don't apple, but those look awesome... love that in graphite...

I'll give comparison photos later. This thing feels denser and more substantial than the old 8. The triple camera arrangement is huge also. Going to enjoy playing with photos.

I only wish Apple would go the whole way and switch the phones to USB-C for data, charging and being able to universalize my cables. Not a huge deal, but that would make it a 10/10.

EarthDog said:
I don't apple, but those look awesome... love that in graphite...
Click to expand...

This. I really think their hardware is stellar. Just can't break from my Google overlords.

I just got an iPhone 11 Pro 256gb Apple certified refurb. This is my first phone since the bag phone hand-me-down I had a long time ago. My jobs have always provided me a phone, so I never saw the need to carry two.

BTW, I also got unemployed. As in I retired today!

JLK03F150 said:
I just got an iPhone 11 Pro 256gb Apple certified refurb. This is my first phone since the bag phone hand-me-down I had a long time ago. My jobs have always provided me a phone, so I never saw the need to carry two.

BTW, I also got unemployed. As in I retired today!

Well, I got bored and was perusing ebay in the last month or two and well, things happened.

The following are in no particular order.

2x GA-H110M-D3A motherboards For Parts (They seem to work fine now.) One had a corrupted BIOS (which I reflashed to fix it), and the other seemed to work fine out of the box (haven't tested fully yet with multiple cards).

MSI Z97 ITX board For Parts (still broken, has weird issues) (Bought it because it came with a Noctua Intel CPU mount that works with NH-D14 and NH-D15 and I'm not sure what else, it was really cheap. The mounting hardware is probably worth more than the board, oddly.)

Z97 motherboard+4790K+24GB RAM combo (All were working, but I think one of the RAM sticks bit the dust when I had it in another board I was testing and the board released the magic smoke.)

Asus Z77 Sabertooth board For Parts (Went up in smoke while in the BIOS, weirdly.)

Asus Z270 motherboard For Parts (Doesn't power on, reason unknown.) Came with a nice working Core i7 7700K though.

Asus B550 + Asus Z270 motherboards combo (both seem to work fine, though both were claimed to be dead, weird.)

MSI H97 motherboard For Parts (Came with a Cooler Master Hyper 212 Evo backplate, standoff thumbscrews and rear nuts, that I need for a heatsink. Only reason I bought it really, as I couldn't find the mounting hardware for one of those otherwise.)

Another Z97 board (for parts), but this one came with an AIO cooler. (Board's dead from bent and/or broken pins, but the cooler works.)

AMD X570+Ryzen 5 3600X build For Parts (shipping damage, video card got loose in transit (to the person that sold it to me, who was the original purchaser), it broke the graphics card and the PCI Express slot on the motherboard) Bought another motherboard and a new Windows 10 license key for it. Strangely, this came with one of Gigabyte's Exploding Power Supplies, which I promptly swapped out as soon as I realized what brand and model it was. PC was built poorly, they put coarse-thread screws in fine-thread holes, cables poorly-managed and were routed in strange ways and they outright avoided using the built-in cable routing holes.

I need to start selling the DOA hardware and other parts I don't need.

Free Pixel Buds that come with Pixel 6 and 6 Pro. 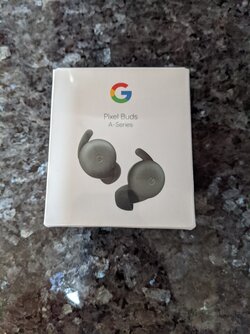 New bits coming in for the TR build. Rumors circulating that consumer TR may be cancelled and it'll only be TR Pro. Makes no difference to me tbh. 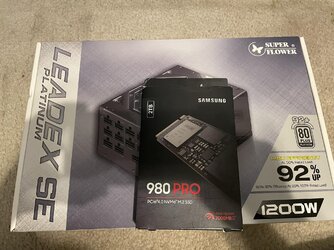 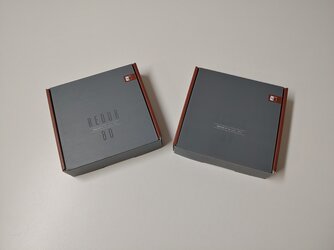 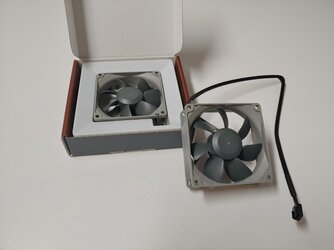 So, Forgotten-Legend is up and running, finally. 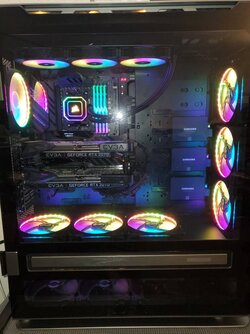 K
Please help me to get my B-die to run better! *SOLVED*
2