Im working on an x79 + E5-1650 build to overclock with, hoping to get to at least 4.4ghz on it (those xeons are multiplier unlocked, oddly enough). Doing this on a budget though since the cost of x79 hardware can get crazy, got the board with some bent pins for $100 and fixed the pins i could. Its a standard ATX sized x79 board as well.

Anyways, I was looking at cases to build this in and settled on a MasterBox 5 since it looks like a good deal. Looking for effective coolers and wanting to go the AIO route, it seems that the Arctic Liquid Freezer series use thicker radiators and push-pull fan config out of the box for improved cooling capability, so i decided to give those a shot, but realized that they are pretty thick to fit in a traditional mid-tower. I was hoping to stick one up top but i dont think many mid-tower cases can support push-pull 240mm extra thick setups on the top. Does anyone know?
I suppose if it works in the front, that would be okay too but not ideal. I was considering the 120mm unit since it seems to perform extremely well (as good as standard 240mm AIOs according to some reviews), but its less than a $20 price difference between the two which seems dumb. If y'all think the 120mm unit can handle what im after, obviously fitting that one in a mid-tower would make my life alot easier so there is always that.
Thanks in advance

There are dozens that will house a 240mm radiator. Take a look at the link in my sig. There are even more than what's listed here. You can also clock the Manufacturer link to. (e.g. Corsair -link)
OP

Yes but the arctic liquid freezer 240 uses a 38mm thick radiator (thicker than an average AIO) and 4 fans for push/pull so mounting it gets a little more complicated, especially on tops of cases.
OP

Starting to lean towards the Raidmax Delta I after realizing the MasterBox 5 doesn't have top fan mounts. Going with Liquid Freezer 240 mounted in the front, i'd want to get that hot air blowing into the case out asap and having exhaust available up top would be nice, instead of just a single 120mm fan to handle that duty which is the MasterBox's issue for me.

It's unlikely you'll be able to fit 88mm of radiator in the top of the Define S. ( I actually just read a review at ]H[ that claims 55mm clearance upstairs.) Honestly if you're set on a mid tower case your best bet is to mount it up front like you're thinking. The warm are being pulled in generally doesn't affect the internal temps a whole lot so long as you have adequate ventilation. I would go with a case with a filter up front as you will have negative pressure most likely. The Define S is a good choice for this as well as the R5 from Fractal Designs. From Phanteks look into the Eclipse P400 and from NZXT the H440 is a very popular choice. But all of these will likely require you to mount the radiator up front.

For budget reasons, decided on the Raidmax Delta I. Im not exactly crazy about the brand but the last $50 case (this one being a little chaper thanks to rebate) i took a shot at impressed me enough to recommend one to my brother when he needed a new case on a budget too, that was the Deepcool Dukase v2. If i wanted to spend more, yeah i was looking at the Define S (which to me has boring/too plain styling) and the Phanteks P400, then what caught my eye about the Raidmax is it looked alot like the Phanteks case lol. 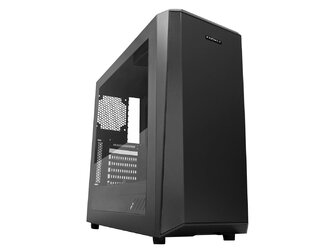 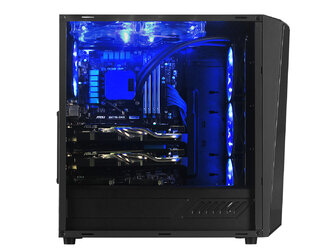 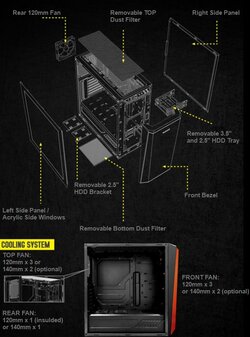