What's going on with Nvidia on Ryzen?

So I was reading through the Anandtech review of Ryzen 5. (Gotta give props for their gaming benchmarks, for there are four GPU, each at two resolutions, for each game. That's a lot of work.) That's when something caught my eye. There are some weird differences between how Ryzen performance with Nvidia vs AMD graphics cards.

First I'm looking at the Rise of the Tomb Raider benchmark. With a GTX 1080 Intel beats AMD as usual in gaming benchmarks: 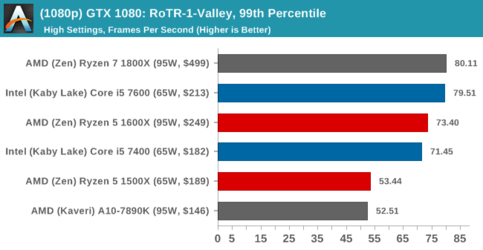 The i5 7600 has a 8% lead in 99th percentile over the R5 1600X. But then I scroll down a little bit and get to the R9 Fury results. Sure, its a slower graphics card so you would expect the difference to shrink as you are more CPU limited. But I wasn't quite expecting this: 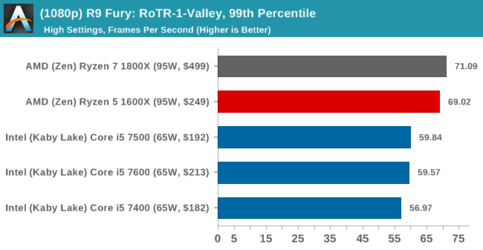 Let's flip to the next page and have a look at Rocket League numbers. First with the GTX 1080: 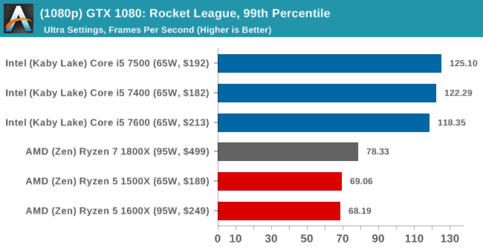 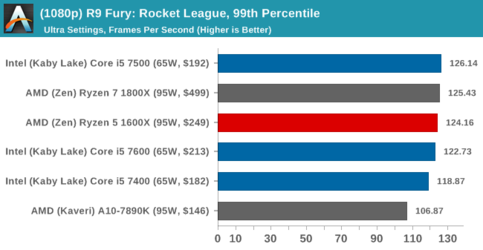 What is going on here? Now AMD is in the lead again, with a small margin on 1%. Now you are thinking: Of course, a slower graphics means its GPU limits and they are all going to be about the same. That doesn't mean anything. But check out what actually happened to the FPS. The R5 1600X jumped from 68 FPS to 124 FPS by switching to a slower graphics card! 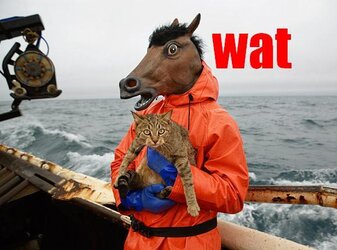 That is an 82% jump. There is something seriously weird going on with now Ryzen is performing on Nvidia graphics cards.

Lies. It's the computer Gnomes.

there is a video on youtube about it. nvidia uses a software scheduler and its crappy code that doesn't always play well on ryzen.
amd cards use a hardware scheduler. Thats why you see the Ryzen performing so much better with an AMD GPUs.

Upgrading from a Geforce GTX 1070 Ti?