Why is my computer beeping?

So I'm familiar with traditional beep codes for booting and this isn't that.

My computer is beeping while in windows and (appearing) to be running fine. Sometimes it's one beep, sometimes a group of two, sometimes a group of 3 beeps. Beep groups will be spaced out by anywhere from 20 seconds to going a few hours without them. Whether the computer is idle or under load does not seem to affect the frequency. I checked the Beep code guide for my motherboard and nothing was revealed there, the pattern doesn't match anything in the motherboard manual (not to mention if any of the things listed there were happening I probably wouldn't be able to get into windows in the first place).

I originally suspected it might be temperature related, but all my temps seem fine. I checked my raid card and the logs don't show any errors.

What else should I check?

Below I have posted screen caps of my temps and logs. 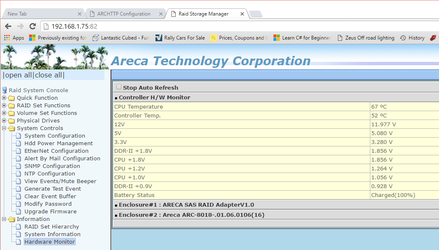 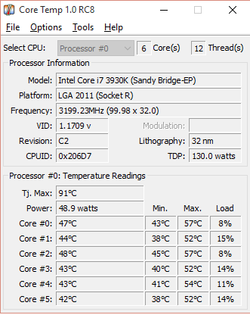 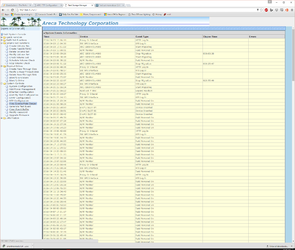 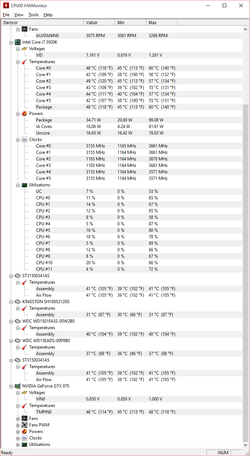 Machine stats are as follows:

Have you checked your hard drives / SSD for errors?
OP

How old is the PSU. Usually when a board beeps in windows it's a heat/power problem or possibly one of the peripherals failing.
You could check any SMART data if you have it.

To be honest I've never witnessed beeping other than at startup so Johan's suggestion may be more accurate but nevertheless it would be prudent to check your HD's for sector errors, etc. with these software tools from the manufacturers.

These tools from both WD and Seagate:

Some boards have alarms for temp, voltage, and fan speed. All are controlled in the bios. I'd be looking there under hardware monitoring first.
OP

Thanks for the sig update

One thing I did notice: My CPU VCore is bouncing around going between about .8V and 1.2V. Is this because of my CPU changing clock frequencies for power/heat savings or is it something that is bad and signals I need to get a new PSU? I have noticed this voltage change doesn't seem to affect whether or not the beeping actively occurs.

This might not be the problem, but I had a similar problem, it was caused cause I knocked a game controller off my desk and it would get the keys depressed from different points where it fell depending on how I kicked my feet under the desk or on this box I use to prop my feet on. Took the longest time to figure out what was causing the beeping, I just started unplugging all my peripherals until it stopped and found the problem, probably not the case here, but thought I'd tell an embarrassing story.
OP

Hmm that's an interesting Idea, I've had that happen before when I set a book on my keyboard or something. I'll check my peripherals later on tonight.

I did find one temp that is pretty high. The CPUTIN temp has a minimum of 67C and a max of 95C. Does anyone know what this temp actually reflects? All the core temps are low so it does seem like I would be at risk of blowing my computer up. I do still get beeps when this is at 76C.
Last edited: Apr 24, 2016

Could you show the voltage section where the CPUTIN is found? It may be the socket/VRM temp. This can happen when the core temps are well under control because of a good heatsink and fan solution on the processor but the VRM component is weak or the VRM heatsink is not making good contact. Placing small spot fans to blow on the VRM area and/or the underside of the socket can cure that issue. It cold also be a falsely high reading that needs to be ignored.
OP

trents said:
Could you show the voltage section where the CPUTIN is found? It may be the socket/VRM temp. This can happen when the core temps are well under control because of a good heatsink and fan solution on the processor but the VRM component is weak or the VRM heatsink is not making good contact. Placing small spot fans to blow on the VRM area and/or the underside of the socket can cure that issue. It cold also be a falsely high reading that needs to be ignored.
Click to expand...

I'll post a screenshot when I get home. It is from the motherboard temperatures section of HWMON. 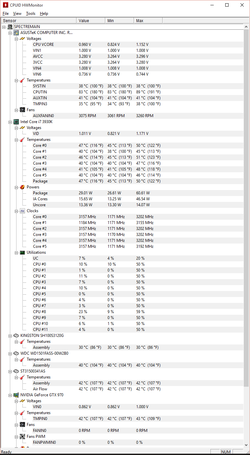 What about the CPU fan not turning fast enough to meet the threshold requirements set in bio?
OP

Wouldn't that be reflected in my core temperatures though?

Edit:
This is worth investigating. What I did notice is that the CPUTIN temperature doesn't go up when the system is under full load. It stays pretty constant, fluctuating between about 76 and 83. What is more interesting I am finding though is that I'm strarting to realize I don't notice beeps when the computer is under load. I the beeps occur when the computer is mostly idle.

Load temp wise, I ran 12 instances of Prime95 to get all physical and hyperthreading cores up to 100% (something that never happens for me under normal use conditions). My temps were very high but even after quite a while at 100% load all cores I was still under the warning temp. Below is the screen cap of that:

Look how high your CPUTIN temp is: 97c. That's socket temp. That would concern me. I'd put some spot fans on the VRM section and on the backside of the socket if there is a cutout in the tray. And why is there not fan speed showing for the CUP cooler fan. The only fan speed readout I see is for AUX and you should not have your CPU cooler fan connected to that. There should be at least one dedicated pin header for the CPU fans on the motherboard. Makes me wonder if the beep is caused by the motherboard saying, "Hey, dude no CPU cooling fan connected!"
OP

The fan speed indicator is not showing a speed because the cpu fan is connected to a fan controller which I just have set to run at max all the time. It has been set like this since when I built the computer in 2012 and it has only started beeping very recently so I don't think the lack of detected fan speed is causing the beeping.

As to additional fans, I'm not sure where I would put them. Below is the current setup 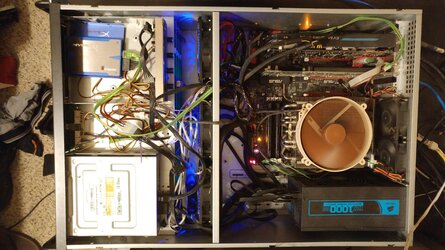 Do you have the CPU fan alarm disabled in bios?
You must log in or register to reply here.

Not sure if it's hardware or software at this point...

F
Hey guys been a while. need some slight help!