I'm trying to wring out the most from this little enthusiast ITX board. The VRMs run pretty hot, and I'm having trouble getting my re-lidded 4770K to run at a respectable overclock. I can't find any specs on the VRM besides that it's an 8-phase with 60A chokes.

The G3258 will run at 4.8GHz happy as a clam on reasonable volts. I relidded it with Conductonaut. Just plain silly and easy overclock, but being a dual core it has limited utility.

My 4770K is also relidded with LM TIM. It runs at 4.2GHz at 1.20V totally fine. It took 1.30V to get into Windows at 4.4GHz, and rebooted without a BSOD once the VRMs reached 90C on Prime95. Even at idle they run pretty warm. CPU reached 80C on my custom 240mm loop. I bumped it to 1.325V but haven't stress tested it yet. From what I've read, it should not take nearly this amount of voltage to stabilize 4.4GHz, and ideally should reach higher to 4.6-4.8GHz. Theoretically I'm about 1/3 of the max power going through the chokes.

I thought we had a Haswell overclocking guide (see sig)... maybe look there while you wait for more assistance.

I don't recall offhand what a 4770K needs voltage-wise at a given clock, but, IIRC, the impact could easily handle a 4770K. Anandtech didn't have any issues...... 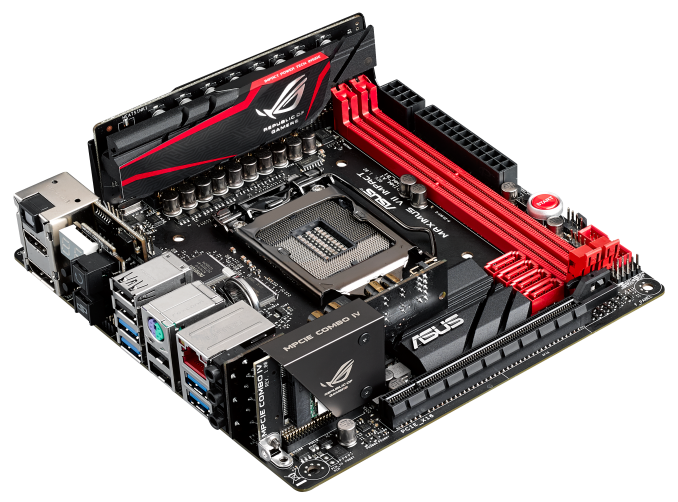 Did you go through the basics? Make sure the BIOS was updated? Thermal pads on the VRMs still making good contact? How did the 4770K overclock on a different board...similarly?
OP

Yeah I had to update the bios to enable boot from NVME.

Haven't checked the VRM pads. It's a bit cramped inside the Ncase M1. The VRMs respond nicely to an extra fan blowing on them, but that precludes closing up the case for general use.

First and only Z97 board. Got it fairly cheap for this build.

So, is this your first time on this 4770k? If not how does it compare on other boards? Can you try it on another board to see if it's different? Perhaps it's just a poor overclocker...?
OP

Hehe. I'm not buying another Z97 dead end platform to find out. Like I said, this was an ebay win to build an ITX rig on the cheap for fun.

Understood. So the short of it is that this CPU may just be a dud compared to the Anandtech overclock.
OP

That is correct. Working with what I have, which is one board and two CPUs.

Huh. No other feedback.

I could jack the VCCSA up a little I guess, but as I read it that's more for memory performance.

Either the chip is lackluster, or I just suck at overclocking.

VccSA is for memory, correct.

I'll bet the former over the latter.

Chip is a loser.
Haswell ain't that hard to OC.
W

Yes, it's not so complicated, but some chips were pretty bad, and some were degrading after longer tests. I had multiple G3258 and I remember +/- 500MHz OC between the best and the worst chip. They were cheap and somehow easy to sell, so I could get more of them.
I still have somewhere Maximus Gene and a delidded 4770K that I used for most ranking results and RAM OC. I felt it was the best mobo for OC back then.
The Impact should support RAM up to 2933+ and 2600-2666 at CL9 for benching with Samsung IC, so again, or a bad chip or another issue.
I guess there were OC profiles in BIOS, so you may try that.
You must log in or register to reply here.