Any comments or help is appreciated. Looking to but in the next week or two.

I just did a comparison between what it would cost to buy all of the parts of a Tornado - F3 system from them at Newegg and the costs seem decent on what they are selling. As long as you don't mind paying them a couple hundred dollars for doing all of the setup and burning it in then pricewise it seems to be okay. Me personally I would rather build it myself and spend that extra couple hundred dollars on something like a nicer vid card or something, but some folks just don't like to have to spend that kind of time on it and would rather pay the extra. Just up to you whatever works best for ya

1000?? You could do better if you build it yourself dude. For Christmas, I just got a very nice setup, I pretty well picked it out, and scavenged parts from my old machine. But this stuff was Christmas presents. Anyway, I've got an Athlon XP 2800+, you can get one of those for 144 bucks from newegg.com. I've got a soyo motherboard, I believe it's the KT400 ultra platinum, I am very happy with it, have had no problems with soyo yet, the only problem I ever had with soyo of 3 boards of theirs I've had was that I fried an IDE controller on the board(I had the jumpers on the back of the cd-rom drives set wrong, but that board still ran for about a year like that before biting the dust). That board would normally run you like 110 dollars or around that neighborhood. Right now, tigerdirect.com is having a sale on barebones kits, they give you a cheiftec case, in your choice of colors, personally, I have the silver, because it matches my monitor. I think the board they give you is the soyo KT600 though. The cheiftec case, at least mine, has the clear sides on it, so that leaves you free to put in neons, or whatever you want to do. I can't speak for the KT600, but this board I have has the onboard lan card, onboard sound(which sounds very good btw), and usb 2.0 ports in the front, as well as more ports in back, supports raid, scsi, etc etc. I can't remember the brand of memory, but I know it's over 1 gig of pc 2700. Of course you could spring for pc 3200 or better if you want to overclock. This board does do overclocking, I think it goes from like 100mhz fsb-255mhz fsb. So that's nice, lets you set the multipliers, voltages, etc. Though personally I have not overclocked much, so I don't want to take a chance on frying my new computer at the moment. but for that amount of memory, that combo of the board and case, and the chip, you are probably looking at less than 500 so far. then a friend of mine got a hard drive from best buy, I think it was 160 gb for like 120 bucks. so say you have all that and are looking at 620. Then you look at whatever else you need, video card, that's your preference. My radeon 9000 pro w/128 mb ram that I had already is not high end obviously, but with this setup, I just finished a session of MOHAA on almost full detail, and I am very impressed, hardly flinched. You'd probably get way better frame rates if you had a 9700 or something like that.
Anyway, all I'm saying is look around. My dad and I put this together in about 2 hours Christmas day(then again, he went overboard and got neons and all that for the inside, lol). It was nice though because they already had the board mounted in the case for you so it was pretty much just plug everything in, install the OS, and you are good. I was just mentioning this setup, surely someone else will tell you a better deal, but I personally, am very satisfied. Plus, it's hard to beat the price in my opinion. The Pentium 4 we looked at which ran at 2.8 ghz was like 370 bucks or so. Then I showed dad the 2800 which btw, had the cpu fan, and a 3 year warranty. So I'm pleased. Anyway, just look around, see what you can find before making a decision. Many people seem to like newegg.com, some don't care for tigerdirect, I personally, have never had a problem with them. We built a multimedia system for our church and got alot of things through them, as well as a projector for a home theater system. Anyway, hope it helps, sorry if the message was way too long.
U

One more thing, do not buy ecs motherboards, you probably already know about them, but they are junk. I had one die on me after like 2 years. I told you we built a multimedia system for our church, we started out with an ecs board, trying to save that extra $$ you know. Ended up with like 3 of them that had something wrong, finally just ate the cost and ordered the soyo.

Location
In front of my computer

UPCguy21 said:
One more thing, do not buy ecs motherboards, you probably already know about them, but they are junk. I had one die on me after like 2 years. I told you we built a multimedia system for our church, we started out with an ecs board, trying to save that extra $$ you know. Ended up with like 3 of them that had something wrong, finally just ate the cost and ordered the soyo.
Click to expand... 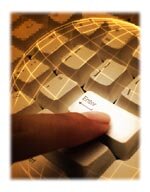 par-a-graph -- n. A distinct division of written or printed matter that begins on a new, usually indented line, consists of one or more sentences, and typically deals with a single thought or topic or quotes one speaker's continuous words.
Last edited: Dec 27, 2003
U

It was a paragraph, just a really long one. Yeah, I admit, looking at my typing now though, I will try to break it up more. What can I say?? It was 4-5 in the morning....

As UPCGuy21 pointed out, just like I said previously, you can obviously save some money if you buy the stuff yourself. As I said, I went to Zeuspc.com and chose out a mid level type system with Athlon XP 2600+ and other assorted stuff, not top of the line system, but average gamer type system. The price came out to about $1025.00. I then went to Newegg and found all of those same parts or equivalent and tossed them into the cart and checked the price with shipping and came out to around $850.00. So, all I can say as I said before is that yes you can save a bit of money no matter what you do if you are willing to do the labor yourself, but truly their price on their systems seems rather decent. Not alot of markup on the hardware is all I am getting at. The extra cost you are paying for there is the labor to build it and load and test etc. $150-200 is pretty reasonable for that all things considered. Build one yourself and save the money or put it into a better quality this or that if you are comfortable doing it yourself, but if you aren't comfortable building a PC then their prices aren't out of line and seem to be ok. Not alot of resellerratings info on them at this time, but what is there seems to be positive. Good luck.
You must log in or register to reply here.

L
I think ive messed up my over-clocked PC..