We have all been there. Whether it was because you’re the tech at your local Mom and Pop computer repair joint or because you’re that reliable friend/relative that has the knowledge and skills, we all fix computers – and as such, we all have our collection of tools to get the job done. We all have our trusty screw driver, pliers, and other tools of the trade (and sometimes we wish we had remembered to grab that hammer….)

But we all also have our software diagnostic tools. That’s the part that is really a pain.

Every hard drive manufacture has their own utility program to test hard drives and then a separate one to set up hard drives! Then we also have memtest86 and any other tool that we have discovered. But it gets hard to manage all this crap – I mean, that’s a lot of CDs to remember and floppy disks to hope that still work.

Wouldn’t it be nice to have all of those hard drive utility floppies and put them all onto one CD? Hell, while we’re at it, why not throw both Memtest86 and Memtest86+ on it! Heck, those are all pretty small software packages, I wonder if I can fit a few Linux tools on there, or even a Windows XP Pre-Installation environment?

Man, that sounds like it takes a fair bit of programming knowledge to accomplish.

Well that’s fine, because someone else has already been there and done that for you! 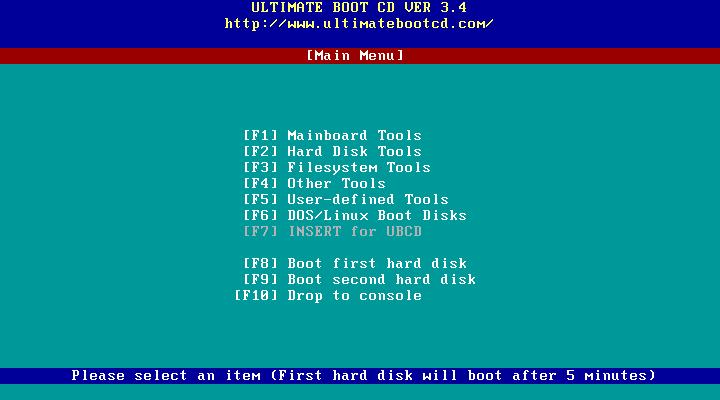 Let me have the people who made this CD sum it up in their own words:

Well said, I say – and well made as well. It has every hard drive manufacturer’s utility (both diagnostic and set up) on it, it has both memtest86 and the + version – it even has mprime on it even! It is quite an impressive array of tools all in one place.

You want to know the best part of it? It’s free!

Not as in Limewire free, but as in go-to-their-website-and-click-download-free! And it’s legal! A tool as nice as this legal? Yes sir! That’s a nice change in pace, eh.

There are two version of the disc: One is the “basic” version, which weighs in at 140 MB for the ISO (or only 83 for the self-extracting EXE). It contains many many tools to help you on your endeavor to correct the computer woes of the world.

The second version, the “full” version, has everything the basic does but also contains the Linux tools on it as well. It was very kind of them to create two separate disks, as if you’re like me and don’t know anything about Linux, it nice to deal with the smaller download. But if you’re a Linux person (or want to use this as the excuse to finally try it out), the full version comes in at 204 MB for the ISO (or 147 MB for the self-extracting EXE).

Now, all the tools on this disc are DOS based. It is certainly a great tool, but most computers nowadays are based on Windows XP and NTFS, thus DOS quickly can become a limitation when you need to access the file system.

It’s an actual Microsoft feature where one can boot to basically a pseudo, preconfigured Windows XP environment. Thus, you have access to the file system and a limited set of tools – and it all runs entirely from a CD. Now, BartPE can be a bit of a hassle to deal with, as adding tools to it can take a bit of trial and error and this can effectively kill a few afternoons. And like everything in the 21st century, we like things done better, faster, and most importantly, for us. 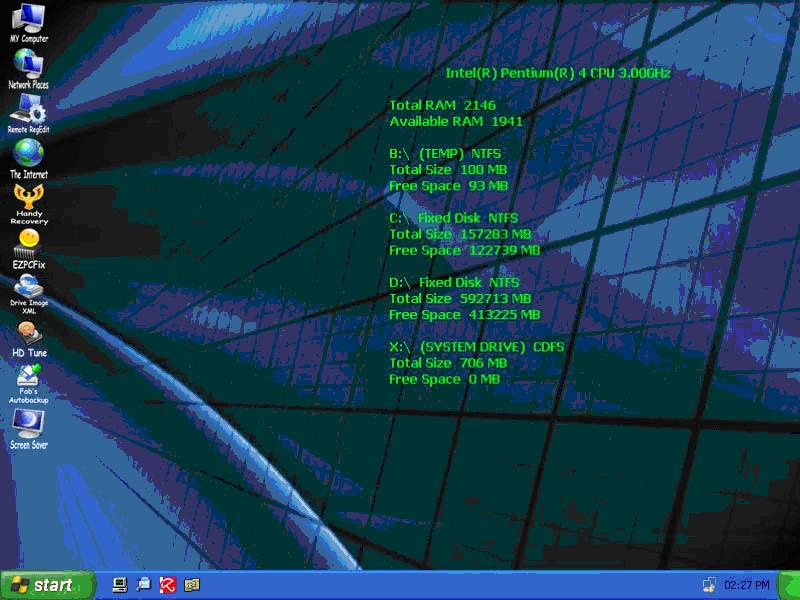 Let the awesome people describe their wonderful creation in their own words:

“UBCD4Win is a bootable CD which contains software that allows you to repair/restore/diagnostic almost any computer problem. All software included in UBCD4Win are freeware utilities for Windows ®. UBCD4Win is based on Bart’s PE ©. Bart’s PE © builds a Windows ® “pre-install” environment CD, basically Windows ® booted from CD. With network support, the ability to modify NTFS volumes, recover deleted files, create new NTFS volumes, scan hard drives for viruses, etc. this project includes almost everything you need to repair your system problems. There are many types of utilities included that allow you to recover and/or repair a damaged system. Please visit the “List of Tools” page for a complete list of what is included in the latest version of the project.”

The people who made this CD saw the awesomeness of the original UBCD (they refer to it as UBCD4DOS) but they also saw the limitations. They also saw BartPE and the potential that it has. Thus UBCD4WIN was born!

What is better, any plug-in designed for BartPE should be fully compatible with UBCD4WIN! And just like its inspiration, UBCD4WIN is 100% free! You have to build the CD with your own copy of Windows XP (very painless process) and thus they avoid all possible legal entanglements with Microsoft, and they only include free tools preloaded on the CD.

These people really thought this project through, as they have a nice, easy to use list of plug-ins that you use to manage all the utilities on the CD, and they even have support built right into it that allows you to integrate the original UBCD4DOS into the UBCD4WIN’s boot up menu.

Just download UBCD4DOS (if you do the EXE or ZIP download, extract it to the ISO) and copy it to the pluginMultiboot-003ubcd directory, go to the UBCD4WIN plug-in menu, simply add it and it will do the rest. When you have the CD created with UBCD4DOS integrated, you should get a boot screen that looks shockingly like this: 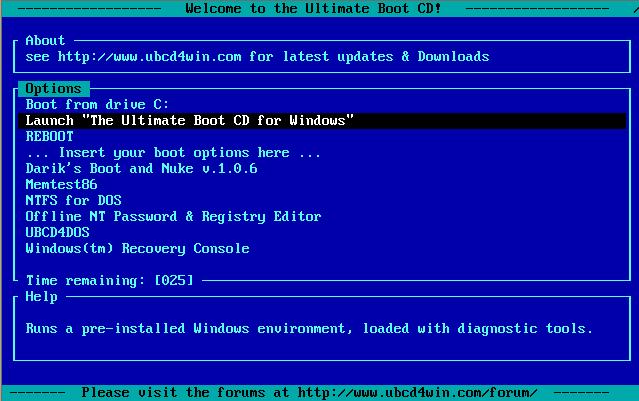 So, now you have at your disposal what I affectionately dub The Uber CD. (Actually, a friend came up with that name, I just like it a lot 🙂 )

The goal of this mod is to put an acrylic window on to the top of a drive so you can see it operating. Obviously this is pointless unless you can see the top of the drive in the case, but if you can then it looks pretty neat!

Step-by-Step: Building a Quiet PC From The Ground Up