We picked up an AMD XP 1500 and found that the pits had turned into slits, not as narrow as on T-Birds and Durons, but narrower than we saw on the first XP we had, as shown below:

Now we have something different: 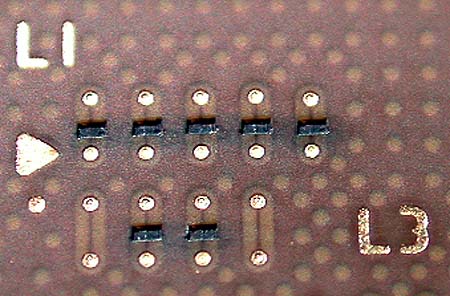 I think the slits are easier to work with than the pits – there is more room between the slit and the dots, so you can isolate them easier. After some discussion with Ed (we considered spanning the pits with wires, aluminum foil, using paint as the insulator – many many reader ideas on this), I decided to use epoxy.

A number of readers suggested drawing lines around the pits/slits; problem is, there is very little room between the L1 and L3 dots and between the dot pairs such that anything but a straight line connection between two dots turns into microsurgery.

I carefully used Scotch Tape and created a narrow path between the dots. I then mixed up some 5 minute epoxy and slathered it into the path using a pin head for a paintbrush. After waiting about 2 minutes to let it set to tacky, I lifted the tape off with this result:

After about 20 minutes, I then used rear window paint to close the bridges (pin head again and free handing – not too neat). We ran the XP and found it was totally unlocked – Success!

Just to show how small all this is, pictured below is the tip of a pin and the bridges: 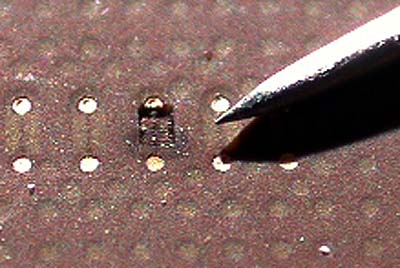 Until someone comes out with trace tape or something similar, XP unlocking is not a pencil job. I used a jeweler’s loupe to check what I was doing and the whole process took about two hours. The other thing I noticed is that epoxy is very smooth and getting the paint to stick required two layers.

Epoxy is very permanent once it sets – if it hardens on a dot, it will take a fair amount of effort to clean it off. If it has not set, acetone (nail polish remover) will take it off.

Finally, this is the XP we unlocked: 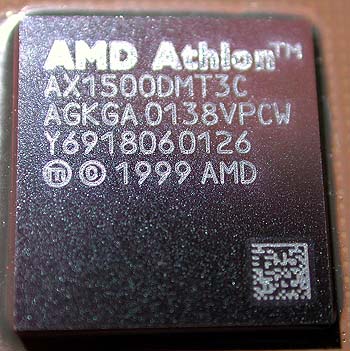 How My Duron Struggled To One GHz

SUMMARY: It took ice cubes and a peltier, but I made it to One GHz with a Duron 650. In an effort to determine how receptive AMD’s hotplates are to supercooling, I launched an effort to drive my Duron 650

Fingers In Every Pie: The Emerging Intel Approach

How do you handle a disruptive technology when you’re the main target?