The article says it all:

Rap star 50 Cent:
is entering the world of technology and is currently in negotiations with Apple’s CEO Steve Jobs to produce a line of affordable home computers to inner-city residents.

This is bizarre. Since when does Steven Jobs want to make Macs affordable, or share the limelight with anyone else? 🙂

Bizarre or not, this is going to be very interesting.

As Forbes points out in its article, “Capitalist Rap,” 50 Cent has been a good businessman for a long time:

To coax street-corner dealers into hawking his dope, he offered good discounts–and the threat of a good beating.


Well, that would be a different way to sell computers. Must make those negotiations with Apple a bit livelier than usual, too.

50 Cent’s prior history indicates that his interest in lower prices isn’t just show. From the Forbes article:

“. . . Reebok paid the rapper $20 million to license a G-Unit sneaker line, priced on par with Jay-Z’s Reebok series. But Fifty Cent balked at the $100-a-pair price, saying it would price-out some of his fan base, and Reebok cut it to $80. . . . At least 4 million pairs of G-Unit sneakers have been sold.”


Of course, you can “discount” a computer by stripping it, but if there’s a real discount to these machines, a lot of people outside the hood and the suburban hip-hop club are going to be interested, too.

Is The Time Right?

In the past, personal endorsements of computers by entertainment figures haven’t gone over too well. Then again, back in the days when you were trying to match up IRQs, people like Alan Alda didn’t exactly have computer street cred.

Now that computers are shifting into appliance status and are no longer a status symbol in and of themselves, in a day when even geeks try to sound like pseudopimps, perhaps this approach is worth a new try.

This is either going to fall flat on its face, or do very well, for two reasons:

The conventional wisdom will be that it’s one thing to get fans to buy $80 sneakers, it’s likely to be another to get them to pay at least ten times as much for a computer. I’m not so sure about that. After all, many of 50 Cent’s fans are as white as white paint, so the appeal won’t be limited to just the ‘hood. A miniMac pitched at a gangsta angle could well be appealing to youngsters, if for no other reason than it being a new approach.

I think the extra cost of a computer is pretty much a straw horse. True, a G-Unit Mac isn’t going to make droves of people buy a computer out of the blue, but if they were going to buy one anyway, and the price is competitive, why not?

No, I think there’s going to be a bigger problem than that.

Right now, Apple uses people like this to sell Macs: 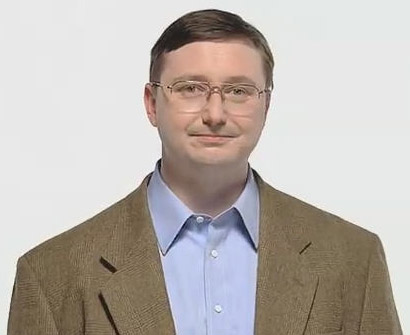 Now imagine your next Mac seller looking like this: 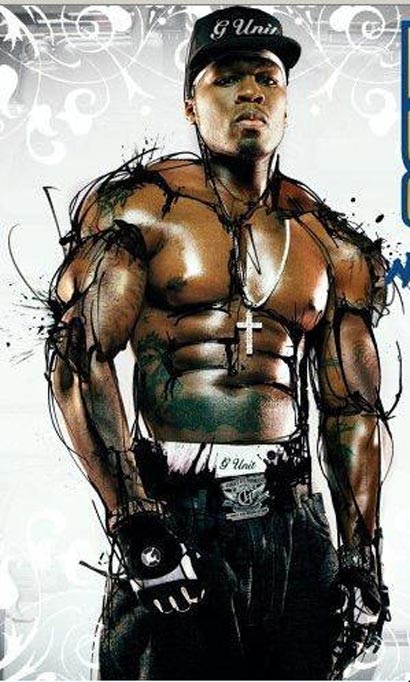 Wee bit of an image change, isn’t it?

Let’s face it, when you hear one of 50 Cent’s raps, you don’t say to yourself, “Gee, he’s talking about Mac users.” The average Mac user is at least stereotyped as more the white-as-Wonder cheese-and-chablis crowd. Just imagine Jobs in one of 50 Cent’s videos, or better yet, imagine Cent’s posse in a video showing up at an Apple Store (hmmm, that would make a fine video :)). Or Mac forum.

Yes, Apple has often played with the concept of computer as act of rebellion, but it’s one thing to have someone who looks and sounds like he or she works for NPR tell you that; it’s quite another for 50 Cent to do so, which brings us to the core of the problem.

Nor is it at all clear that most current Macsters will want to shed their current image to become Macstas. If you buy a Mac to display your sense of elite refinement, what happens when the Mac’s media image get redefined as a ghetto blaster? It’s likely such a move might be perceived as moving rather downmarket, which obviates one big reason why people currently buy Macs.

I just can’t see the people at Apple doing what it would take to make this a success: their self-image would get in the way. It’s like letting the ghetto kids take over the yacht club.

I’ve been talking quite a bit about MP3ing lately, and when I do that, as surely as you see green leaves in the spring, I get emails like these: “I come here for overclocking information, and I don’t want to

SUMMARY: Attractive, durable SATA package for mobile storage. The good guys at Vantec sent over a sample of their EZ-Swap EX internal/external 2.5″ SATA hard drive enclosure to try out. This is a very sleek, aluminum alloy unit for portable