G.Skill today announced the release of their new Ripjaws V and Trident Z series memory. Headlining this release is a Trident Z kit offering an impressive out of box speed of 4000 MHz. The Ripjaws V kits will be available in various capacities ranging from DDR4-2133 MHz up to DDR4-3733 MHz. The Trident Z series is also available in various capacities and starts at DDR4-2800 MHz and tops out with the DDR4-4000 MHz kit. Here is the press release we received today. 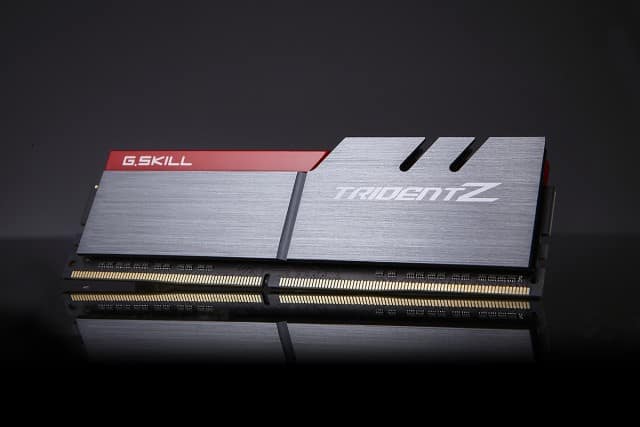 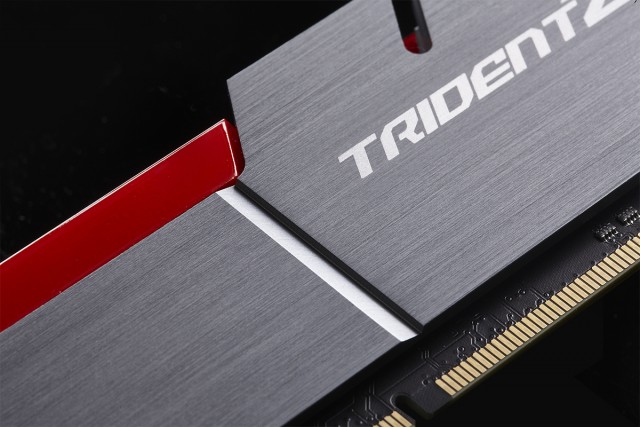 Trident Z Extreme DDR4 Memory – It’s Over 4000!
The new Trident Z DDR4 memory is the successor to the high-end Trident memory series and making its debut on the latest DDR4 standard, designed and tested for the next generation Skylake-S platform! For the first time in the history of extreme memory kits, Trident Z is entering the arena with a 4000MHz memory kit, built with highest-end Samsung IC memory chips and validated on the ASRock Z170 OC Formula motherboard.

Featuring a single-piece design that allows direct heat dissipation from heatspreader to cooling fin, dual-color construction for the ultimate system builds, and extreme XMP 2.0 support for simple overclocking setup that ranges from DDR4-2800MHz all the way to DDR4-4000MHz, nothing else comes close to the brink of extreme. Built with exceptionally hand-screened IC chips selected through a secret process developed from years of overclocking experience, Trident Z is the premier of extreme performance. 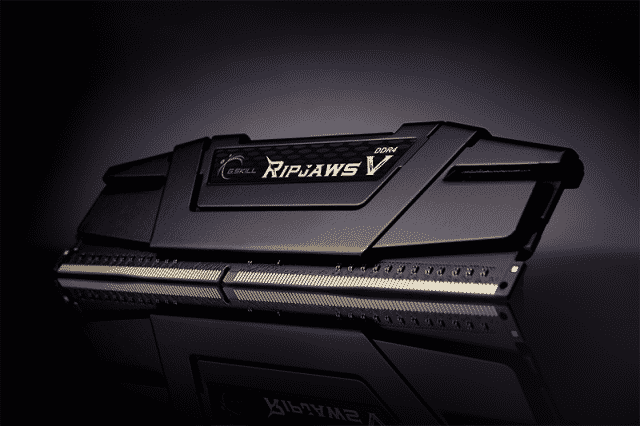 The Ripjaws V series DDR4 memory will be available in kits of various configurations and capacities, comprising of 4GB, 8GB, and 16GB modules with performance ranging from the standard 2133MHz to staggering 3733MHz at ultra-low voltages. The high-density 16GB single modules are manufactured from highly selected Samsung IC memory chips, packing both capacity and performance in a single module. And of course, all high performance kits are XMP 2.0 ready for easy BIOS tuning and setup, as well as rigorously tested under hours of grueling benchmarks and memory validation testing software on the latest motherboards from major motherboard vendors for maximum performance, compatibility, and stability. 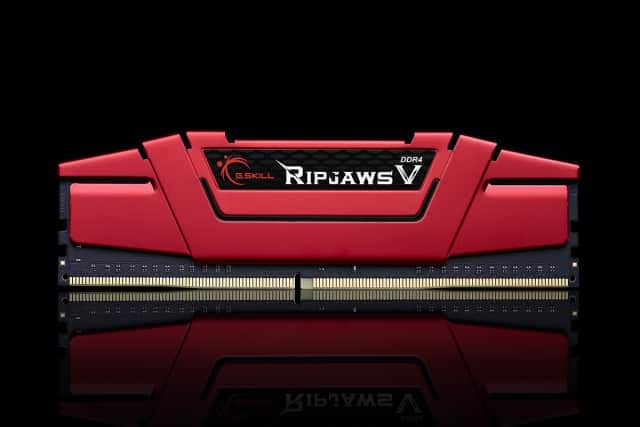 With the updated new specifications, your next generation Skylake-S platform can run smoother than ever with more memory capacity options with the brand new Ripjaws V or Trident Z memory kits. See below for a range of specifications that will be available. 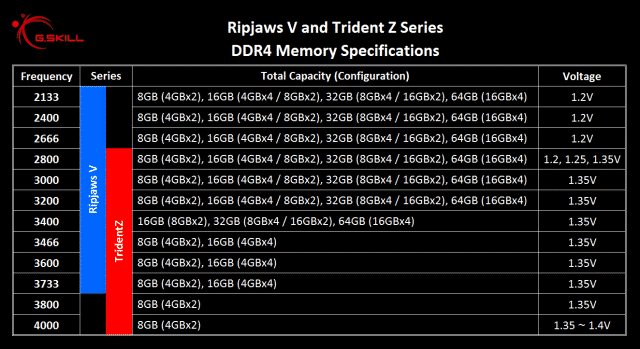 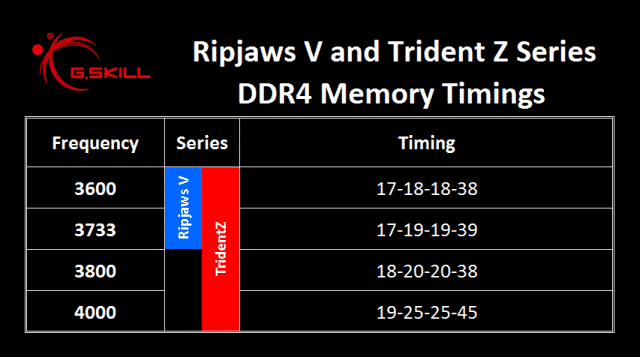 Established in 1989 by PC hardware enthusiasts, G.SKILL specializes in high performance memory and SSD products, designed for PC gamers and enthusiasts around the world. Combining technical innovation and rock solid quality through our in-house testing lab and talented R&D team, G.SKILL continues to create record-breaking memory for each generation of hardware and hold the no. 1 brand title in overclocking memory.

G.Skill is on the move and will soon make available several new products to the gaming and enthusiast communities. In addition to expanding their DDR4 memory to include the Trident Z series, you can expect to see power supplies, gaming keyboards, gaming mice, and gaming headsets. We received a few press releases from G.Skill about these new offerings, and here they are!

AMD’s new X570 platform introduces enhanced memory speed capabilities. The integrated memory controller in previous generations of Ryzen CPU’s severely limited the frequency and range of timings. To take advantage of the all new memory capabilities, G.Skill introduced the Trident Z Neo. The Neo’s built-in XMP memory profile is optimized to work with AMD Ryzen 3 series CPU’s and X570 motherboards. We got our hands on the new G.Skill Trident Z Neo, so join us as we evaluate this memory using an X570 motherboard.