To no one’s surprise, G.Skill continues to push the boundaries of DDR4 speeds. Once again, they have set a new world record of 4355 MHz using an ASUS Rampave V Extreme motherboard and a single stick of their Ripjaws4 memory. Here is the news release G.Skill forward along to us, good stuff! 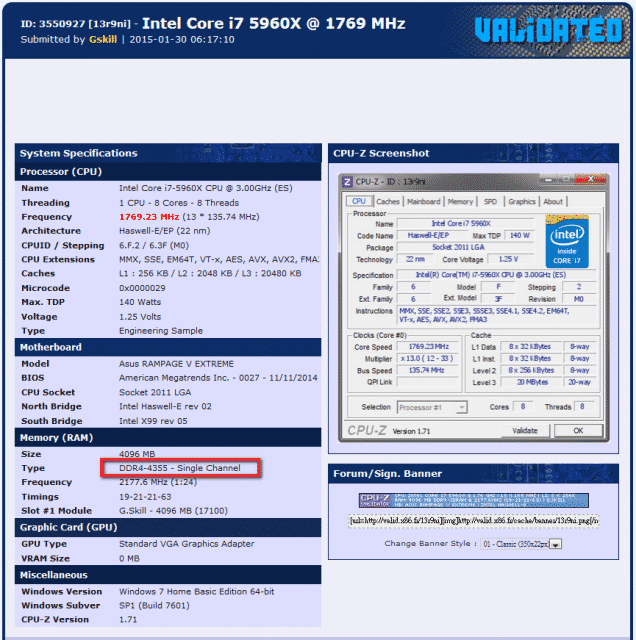 It’ll be interesting to see how DDR4 memory matures over the next year… good times ahead for sure!

In December of 2019 Team Group released the T-Force Xtreem ARGB memory modules. This new addition to the companies’ gaming memory lineup features a radical new design with a mirrored heat spreader that is also opaque and illuminated from behind. In the modern DDR4 arena, companies are constantly breaking new ground with design elements to attract customers. They’ve done enough to attract our attention, but we’d also like to know how the memory performs.

Up on the test bench today is a DDR4 offering from Mushkin Enhanced. Their Redline Frostbyte features speedy XMP profiles and aggressive styling, but will it be compatible with AMD’s newest generation of motherboards? Memory compatibility on AMD’s X570 series platform is still problematic at best. Many of the memory kits on the market today were designed with Intel platforms in mind. Choosing a kit of memory at random and expecting it to work flawlessly on AMD platforms could end in a comparability nightmare. We’d like to explore this memory further and put it to the test on our AMD X570 based test bench.