This looks like a standard tower cooler. Nothing springs out immediately as unique. But once you look a little further you can see that Gelid have made some intriguing tweaks to try and increase performance.

The heatpipe layout is the main selling point of the Gelid GX-7. Instead of using the standard layout (shown below in the first image) of a single flat row of heat-pipes it has two rows, one of five pipes second of two (shown in the second image). This takes into account radiation of heat from the source that is the CPU. It seems like a solid idea, the physics doesn’t lie. We shall see how much of an effect it has later.

The mounting system on the Gelid GX-7 is very solid. It uses a back plate with bolts coming through to the bottom of the heatsink. Nuts with springs then secure the heatsink on. You know you have a solid mounting and there’s no worrying about it falling off. I would advise the use of a long magnetic screwdriver when mounting, it makes putting the final nuts on a lot easier.

When you first opened the box you’re struck by the sight of a massive 140mm fan! It’s an interesting design in a world mostly of tower coolers, can it perform as well is the question? It’s a very large cooler, bigger than I expected it to be anyway. It uses four heat-pipes to transfer the heat into the fins, which the fan blows through to remove the heat. The top-down nature of the airflow means that the motherboard components, such as power regulators and northbridge (if you have a board with one), get cooled simultaneously.

The Scythe Grand Kama Cross Rev.B uses a push-pin mounting system. By which I mean there is a central plastic pin surrounded by a plastic tube. The outer tube gets pushed through the motherboard, then the central pin is pushed through to “fill out” the outer tube, and finally twist to lock it into place.

This all seems very good in theory, but in all my years of building PC’s, which includes using many Intel stock heatsinks utilizing a very similar implementation of the push-pin design, I have never enjoyed this system. Every time I use it I find it a challenge and am always unsure as to whether I have a solid mount or not. Sadly, the Scythe Grand Kama Cross Rev.B has done nothing to make me like the system more. I found it a struggle and it took me a good 15mins to get the heatsink on. I then struggled to twist the pins once in, as the heatsink has such a large shadow over the motherboard. This resulted in the below injury from trying to fit my hands between the motherboard cooling and heatsink. Just a note, the graphics card also had to be removed from it’s slot to mount the heatsink. Lets hope it’s performance outweighs this blood price.

I contacted Scythe about this issue and they sent me their alternative mounting kit, the Universal Retention Kit III, which seems like it is a lot more solid than the built-in system. It uses the now nearly standard bolt-through method. In 20 minutes the old heatsink was off and the Scythe with the new mounting kit was on. Not a problem this time, as the main mounting screws are screwed in from the back. This is incredibly useful when the heatsink covers any way of accessing the front of the board. I really don’t know why they don’t just supply this kit with the heatsink in the first place. 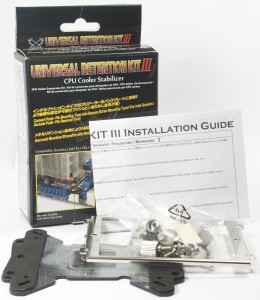 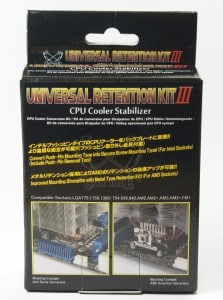 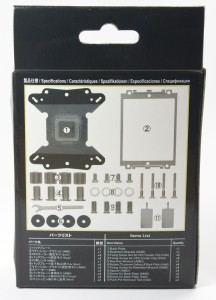 The heatsinks will be mounted with their respective companies thermal compounds, Gelid supplied some Gelid GC-Supreme and the stock thermal grease will be used with the Scythe. The mount will be checked for an even spread of the grease before any official results taken.

The first test is to test the heatsink under a normal heat load. The CPU will be at the stock speed of 3.5Ghz (3.9Ghz Turbo). The fan profile will be “Standard” from the ASUS AI Suite II. RealTemp will be used to record the temperatures at idle and after 15 minutes of Prime95 to load all threads. The average core temperature is calculated and the delta between the ambient and that average will be calculated and compared.

The second test is to test the heatsinks under a high heat load. The CPU will be overclocked to the speed of 4.5Ghz (1.230V). The fan profile will be “Full Speed” from the ASUS AI Suite II. RealTemp will be used to record the temperatures at idle and after 15 minutes of Prime95 to load all threads. The average core temperature is calculated and the delta between the ambient and that average will be calculated and compared.
Results

With the fans set to maximum it was time to really test the heatsinks.

Let’s answer the two main questions that people ask when looking for a heatsink.

Which was coolest?
Well, it looks like the Gelix GX-7 came out on top of this one. Even when the Scythe Grand Kama Cross Rev.B was using the Universal Retention Kit III. The closest the Scythe came was with the kit on the overclocked test, in which it was 7° C away. I would say that was quite a significant difference.

Which was quietest?
The Scythe Grand Kama Cross Rev.B was significantly quieter in both of the tests. The 140mm fan is very quiet while also pushing a reasonable volume of air. The Scythe Grand Kama Cross Rev.B is a great option for those looking to build a quiet stock system or one with a small overclock. It’s just such a shame that the stock mounting system is so flimsy. The Universal Mounting Kit III makes it much easier to get the heatsink even and level with a good pressure.

If I had to buy one. It would be the Gelid GX-7, mostly because I like to run a solid overclock on my systems, but also the mounting is very solid. Also the prices are very similar, so I just have to go for the better performing one.

Thanks a lot to Scythe and Gelid for supplying the samples for this review.