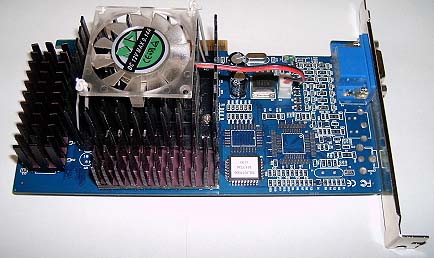 As a big Unreal Tournament fan, I was looking forward to UT2003. I used to play Unreal Tournament at a resolution of 1024 x 768, but I realized that my video card was not able to display enough frames per second for smooth playing, even with the lowest detail setting. Since I bought my ManLi gf2mx400 32 MB, the performance requirements of newer games has changed a bit :-).

It was time to explore the limits of my video card. The default core/memory frequency is 200/143 Mhz. All frequency shifting was done in RivaTuner. The maximum frequency the core was stable with the stock heatsink was 230 Mhz and the memory 155, even though it crashed from time to time after 4-5 hours of play.

So I was looking for a better solution.

A friend of mine brought some heatsinks from his work. Originally they were used to cool Intel P3 CPUs:

I sawed off the outstanding edges and filed them. I then measured the mounting holes on the PCB and drilled holes in the heatsink to fit. The memory heatsinks were super glued on the memory edges after applying silicone grease. 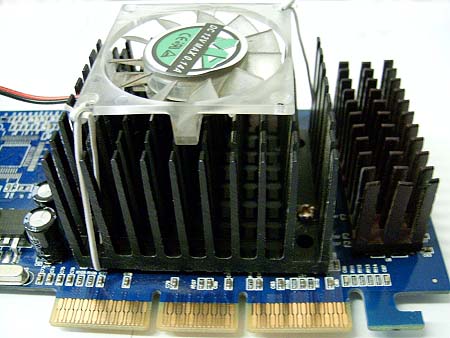 Performance measuring was done in 3DMark 2001 and in UT2003. Tests were run in UT2003 using a batch file which contained this sequence: 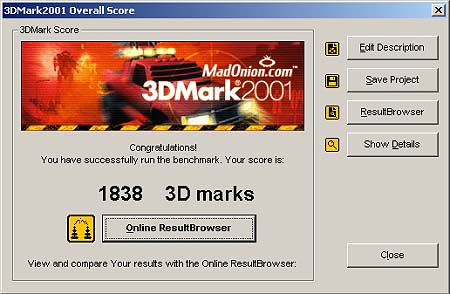 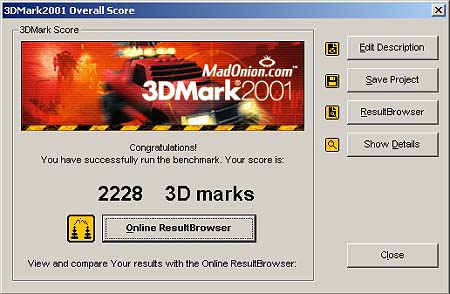 Finally the video card was stable at 250/180 Mhz core/memory frequency: 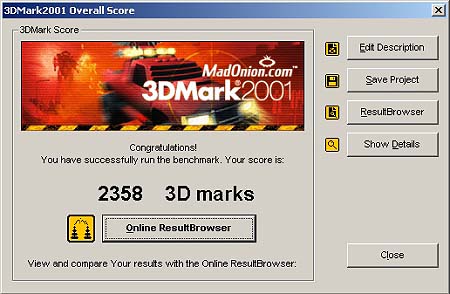 I plan to purchase a new FX5700. I was wondering if the heatsink would fit on it :-). Maybe with some luck, it will increase fps in UT2K4.

UPDATE 4/11/01: TennMax was not thrilled with the test results, so I retested the Lasagna and Stock heatsinks using a different method: For this test, I milled a small groove in the base of each heatsink; the concern I had

I received my spanking new XFX 5870 from Newegg.com. I really don’t have vendor preference and as these cards are in high demand you have to take what you can get. The only issue with the stock XFX card and most other brands for that matter is the BIOS clock limits set by the manufacturer. This article describes how I changed this to overclock it.

Peltier GPU Cooling Gets Me What?

I have a bunch of cooling equipment waiting for a GeForce 3 Ultra and Palamino, but my science teacher, who sees me working with all this stuff in my research class, asks me to do Science Fair project. OK, why