If you own a GIGABYTE 9 series motherboard, a slew of new BIOS updates are available to support the upcoming 5th generation Intel Core processors. GIGABYTE sent us the following press release today to announce Z97/H97 compatibility through a simple BIOS update. 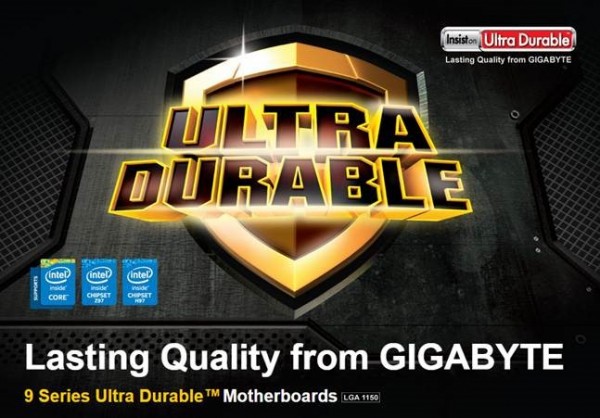 GIGABYTE engineers have tested and validated all GIGABYTE 9 series motherboards including Z97 and H97 chipset-based motherboards to ensure optimal performance for 5th Gen Intel® Core™ processors. Users wanting to take advantage of all the features of 5th Gen Intel® Core™ processors have to offer at launch, simply need to download the latest UEFI BIOS from the GIGABYTE website.

To get the latest UEFI BIOS for your motherboard, please visit the GIGABYTE website:

As the release date for AMD’s new Kaveri APU inches closer, we are beginning to see a lot of AMD socket FM2+/A88X chipset motherboards hitting the market. The A88X chipset brings support for the new Kaveri APUs, and it looks like the majority of manufacturers will be ready with supporting motherboards. Today, we’ll be looking at a Kaveri-ready offering from Gigabyte… The G1. Sniper A88X to be exact. Gigabyte claims they’ve had a lot of customers asking for an AMD solution to be added to their popular G1-Killer Gaming series of motherboards. Gigabyte listened to their customers and took it a step further by adding their AMP-UP audio technology. So, let’s dive into this newest member of the G1-Killer family and see what it has to offer.

Intel unveiled 10 new desktop and mobile CPUs today that feature the new Iris Pro graphics on a desktop processor for the first time. The flagship desktop processor will be the i7-5775C, which will be unlocked and loaded with Iris Pro Graphics 6200. A full array of mobile and Xeon processor were also announced. Here is the news release/fact sheet we were sent today.