Gigabyte motherboards are well known for their quality, features, and innovation. The GA-Z68A-D3-B3 is one of the products that has the quality, but is a little lacking on the features and innovations. However, the price point at $100 more than makes up for those deficiencies.

Intel’s Smart Response Technology allows users who want speed and capacity from their storage solutions to use a solid state drive as cache for a mechanical hard drive. That sounds promising, and we have an in-depth look into how well Intel’s SRT works.

Packaging is bright and screams “buy me” while the contents are pretty standard.

Noting the items above in red: The item pertaining to the PCIe x1 slots and the effect on the PCIe x4 slot is a hindrance at least and a no sell point at most for this board. Though tests have shown that PCIe x4 2.0 has very little negative impact on video card performance. The caveat is if you want to use Crossfire you may have issues if you use one of the x1 slots and if you have a secondary nVidia card for PhysX you lose your  ability to use your x1 slots.

From the information that has been gathered this board will not support SLI.

The back panel support is spartan, at best, offering only six USB ports (two 3.0) and the analog audio out is very limited; however, the inclusion of an optical port earns some points.

The on-board parallel and serial ports give this board more flexibility in the industrial sector. The most notable uses for these ports are CNC equipment and engineering hardware such as plotters.

The most notable features of the Z68 chipset are Intel Smart Response Technology and the combination of the H67 GPU functionality and the overclocking features of the P67 chipset. Unfortunately, this board lacks the support needed for the IGP to be used.

All in all, for the price, the electromechanical feature set is good. This $100 board can compete with any z68 board on the market (even high end) that is not used to its fullest potential.

The BIOS is full featured and does not show a weaknesses. There is a maximum CPU multiplier of 59, although to actually push that high on a board of this level would be hazardous to the electrical components on board. Cruising at a multiplier of 45 seems to be a great place for this board, and 50 comes easily if you want to push it and risk a pop.

Looking at a couple of options on the MIT (Motherboard Intelligent Tweaker) screen shows that this board is a low end Z68, but it is still more than capable of providing a well rounded overclocking experience. The Advanced CPU Core Features and Advanced Voltage Settings screens are what makes any enthusiast happy.

Other than these two screens there is not really much to cover in BIOS. All the standard power management tools are there, you have the ability to disable on-board hardware and the boot sequences are able to be set.

The software bundle is a mix but has its uses. The standard OC tools are there as well as Touch BIOS. These pack useful features for the beginner who wants a quick and nasty OC, but these tools yield no real benefit to the serious enthusiast. Other utilities are the BIOS update software, and some utilities that are pretty much pointless. For example:

Auto Green technology can automatically save power by simply putting your PC in a state of sleep when your Bluetooth cell phone is out of range of your computer.
Note: GIGABYTE motherboards do not include a Bluetooth receiver; the addition of a 3rd party Bluetooth receiver is required.

Above is a direct quote from Gigabyte. It would be one thing if Bluetooth had been included but as is it is pointless. The downloadable Cloud OC software is baffling as well and Gigabyte has good enough products not to have to sell on gimmicks and tools that just clog up the registry, use extra CPU cycles with useless services and waste memory.

There is a notable mention; if not the star of the Gigabyte software show. EZ Smart Response is a time saver and is probably the easiest way to set up Intel SRT Drive caching.

Considering the minor price differences between the K model processors and the non K models, basic overclocking in and of itself has become very easy to do. There is no real need to go into a long drawn out assessment of a low end boards overclocking prowess. This is not a record setting board and should not be purchased for that purpose; getting a rock solid 4.8 GHz out of the board is rather easy, but 4.5 GHz just seems more appropriate for 24/7 use with this board. The settings are there to refine your overclock for stability and to lower the power usage and heat production compared to the auto settings that can be set through the OC software.

Benchmarks alone can not actually show what you really get as far as responsiveness in daily use but the numbers can give an idea. The first thing to be said is on the outside you can’t see much advantage to SRT in the numbers but when you dig a little deeper you really see the advantages. So we now move to the part of this show that some want to see: The Numbers.

All benchmarks that were run are included in a thumbnail gallery after the featured numbers. Because most people already know the performance of the 2500K CPU there is really no need to go deep into benchmark tests of the CPU as they really show nothing of consequence. Running this board against an H67 equipped board also yielded no surprises with the Z68 coming in a bit better than the H67 in every combined test.

Moving to the SRT enabled numbers the advantages of the Z68 with SRT enabled show through:

All screen shots are ordered as follows; left is no SRT, center is SRT enhanced mode and right is SRT Maximized mode.

The first numbers to be considered are system benchmarks. Though seen by purists as pretty useless; they provide a real feel for what SRT can give you. If you have a a system that uses an SSD as your boot drive then you well know the feel of what these numbers mean. If you do not then these numbers will have to suffice.

Moving to the actual drive performances numbers HD Tach was used first and was an utter disappointment. It did not show the performance gains that could be seen and felt system wide.

Though some may not understand the concept of feeling a system, it is there and an excellent analogy is driving a Corvette and a then driving Cobalt. Both get you where you are going, but the Corvette has better handling and throttle response. Both will also do the highway speed limit as well, but the Corvette can get you to that speed faster. Staying within the same speed range you can feel the difference.

Finding ways to show these differences was the goal and running every test that is readily available is the only real solution that shows what can be seen and felt.

CrystalDiskMark and AS SSD benchmarks conflict in the sequential write test, but it does show that the sequential write speeds can be as fast or faster than a stand alone HDD depending on the tests being run. Admitting that the two tests not run on the HDD using AS SSD were taking over an hour to run and were skipped to prevent a hammer from hitting the test rig speaks volumes about the positive impact SRT can have.

The ATTO disk benchmark allows one to observe the improvements in both graphical and numerical form over a range of data sized. The most improvement can be seen in the 128-2048K read regions. Again, the writes appear to be a bit slower and the performance gain in the lower data size areas also appears to be lacking, but this can be accounted for when you consider the HDD internal caching.

The decreased boot time is well worth mentioning as it shows a notable performance increase. 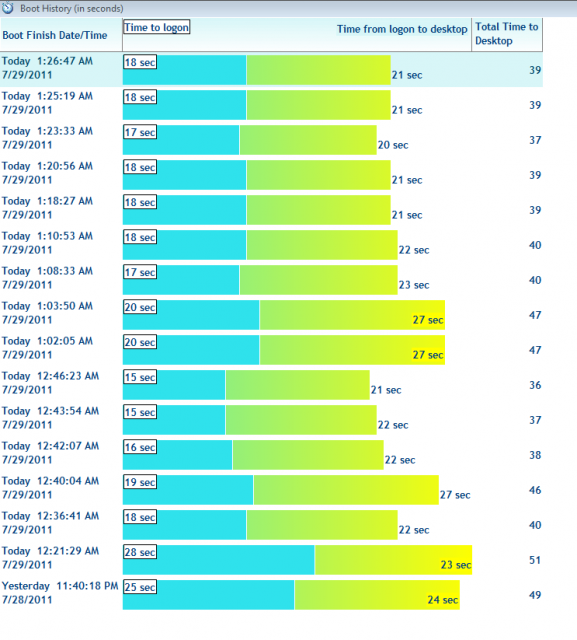 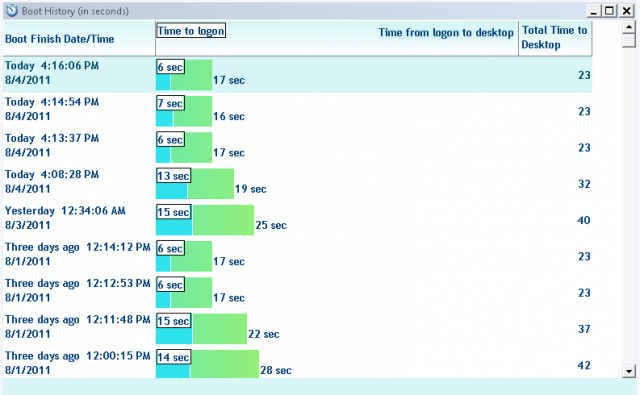 Representing the feel is a hard thing to do, but these two videos can show you what the “feel” is. The first is with no SRT (HDD Only) and the second is using SRT HDD caching (HDD with SRT). As you can see there is a definite improvement in the system responsiveness. It will not give you higher frame rates, it will not help you fold faster, it will not outpace a stand-alone SSD, and finally it will not do your dishes or change your oil. SRT will help with the oldest bottle neck in the world; storage performance.

This is a great board for the person who is looking for functionality without features they may not ever need. It has no deficiencies and no perks for the average user, other than price. For the IT manager looking to upgrade the engineering department workstations or the person looking for a solid board that overclocks well (not wild) and does not need a two card video solution this board might be just what the doctor ordered.

The shots below were not meant to be published, but as I used those tests to get a feel for this board and SRT, I thought it only fair to post them as well. The following thumbnails are labeled accordingly by the title popup and are ordered No SRT, SRT enhances and SRT Maximized. The SiSoft tests are No SRT and SRT Maximized in that order.