GIGABYTE announced the release of four new X99 series motherboards today, all of which land in their Championship series. GIGABYTE is certainly attacking the X99 market with many different options to choose from. Here is the press release as sent from GIGABYTE today. 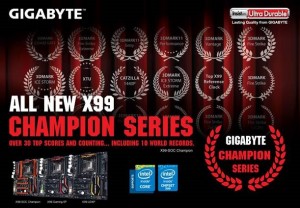 GIGABYTE TECHNOLOGY Co. Ltd., a leading manufacturer of motherboards and graphics cards is proud to announce today the addition of 4 new high performance motherboards to their comprehensive Intel® X99 chipsets offering with the X99 Champion series. The new motherboards consist of the X99-Gaming 5P, X99-UD4P, X99-UD3P and the already famous X99-SOC Champion.

“Since its launch in January, the GIGABYTE X99-SOC Champion motherboard has become the undisputed performance leader for X99 motherboards with over 30 top overclocking scores under its belt including 10 World Records, commented Henry Kao, Vice President of GIGABYTE Motherboard Business Unit. “With the launch of our latest X99 Champion series of motherboards, we wanted to extend the same levels of performance leadership including support for the world’s fastest DDR4 memory to our X99 G1™ Gaming and Ultra Durable series motherboards.”

DDR4 memory modules are available at a stock frequency of 2133MHz, but memory vendors encode XMP profiles which can automatically modify the frequency and timings of the supported memory modules to work in par with your CPU. With the X99 Champion Series, GIGABYTE is offering a tested and proven platform that ensures proper compatibility with profiles up to 3200MHz, and exclusively 3400Mhz for the X99-SOC Champion. 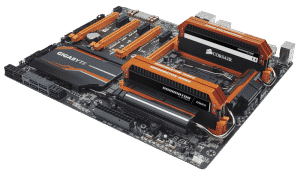 GIGABYTE X99 Champion series motherboards also provide support for RDIMM memory which allows users to use greater density memory sticks up to 16GB per stick. This paired with a range of exciting features such as the GIGABYTE’s Amp-Up Audio, Killer™ E2200 or Intel® gigabit Ethernet controller and unique GIGABYTE Ultra Durable™ features means that users can truly build a PC that brings them exceptional performance and durability.Genuine All Digital Power Design 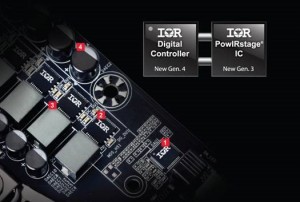 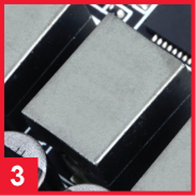 GIGABYTE X99 Champion series motherboards integrate the absolute best quality solid state capacitors that are rated to perform at the maximum efficiency for extended periods, even in extreme performance configurations. This provides peace of mind for end users who want to push their system hard, yet demand absolute stability.

6x (30μ) Gold Plating
GIGABYTE X99 Champion series motherboards come equipped with a 30 micron thick gold plating, 4 PCIe slots and over the DIMM slots, which means that enthusiasts can enjoy better connectivity, absolute reliability and longevity for the diverse connectors overtime, without having any concerns about corroded pins and bad contacts. 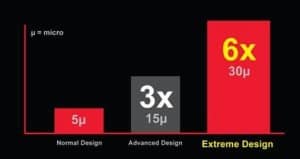 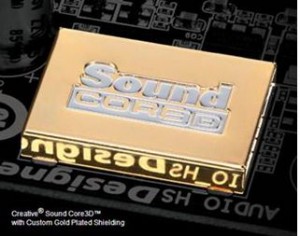 Featured across the other Champion motherboards is the Realtek ALC1150, a high-performance multi-channel High Definition Audio Codec that delivers an exceptional audio listening experience with up to 115dB SNR, ensuring users get the best possible audio quality from their PC. 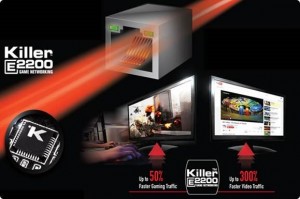 
We should have a couple of these motherboards sent for review, so keep an eye out for the reviews in the coming weeks.

The Gigabyte X58A-OC motherboard is specifically built for overclocking and described as being “designed by overclockers, for overclockers”. That isn’t only marketing speak folks! With so many motherboards targeting the gamer demographic, it is truly exciting to finally see a motherboard designed specifically for the Overclockers niche with custom power delivery design, and without some of those extraneous features piled on that we don’t need or want.

AMD has some goodies in store for us just before Christmas this year. They are launching their 1080p focused RX 5500 XT GPU and as usual, a new Adrenalin 2020 driver to accompany it.

EKWB has released a lot of great cooling solutions, be it, CPU blocks, GPU blocks, parts for a loop, or entire custom loop kits. We reviewed the full cover block EK made for the 295×2 previously and with good results in our loop. Today we are going to look at another high-performance full cover water block made especially for Gigabyte’s monster GTX 980 Ti Xtreme Gaming card. The EK-FC980 GTX Ti XG reviewed here actively cools the RAM, GPU, and VRM’s with water flowing directly over top of them. If its anything like the results we saw before, things are are going to get a lot cooler around here!

GIGABYTE announced the release of four new X99 series motherboards today, all of which land in their Championship series. GIGABYTE is certainly attacking the X99 market with many different options to choose from. Here is the press release as sent from GIGABYTE today.