We received this press release from G.Skill and thought it would be great to share with our audience. They’ve enlisted an impressive list of overclocking all-stars for their event. If you have the chance to check out the livestream, it would be worth your time to see what these guys can come up with! 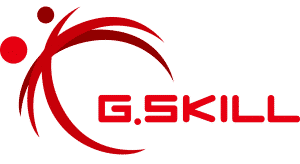 For those who aren’t in Taipei for the biggest overclocking event this year, G.SKILL will be featuring a live stream video for worldwide audiences via G.SKILL website and Hwbot.org during Computex week. Hwbot.org will also be setting up a specific G.SKILL page for the professional overclockers to update their live benchmark results during event. Please refer to the following link: http://www.hwbot.org/competition/gskill_computex_2013 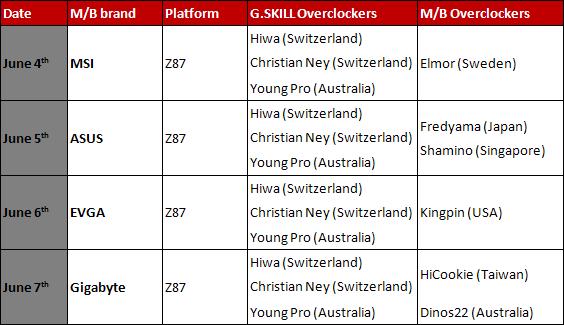 Stop by and check out what these guys can do with the new Haswell platform. You won’t be be disappointed!

Once again, I have the pleasure of reviewing a new installment from EVGA’s FTW motherboard series. This time it’s the Z170 FTW getting strapped on to the benching stand. With an all-new look, new features, and support for Skylake CPU’s with DDR4 memory EVGA has had their work cut out for them revamping the FTW. Let’s see what they kept, improved, and dropped on this newest iteration.

It’s that time again! On August 7, I, along with several other members of the overclockers.com community, will be returning to Los Angeles to compete in the North American finals of Gigabyte’s annual overclocking competition, GO OC 2010. MIAHALLEN came in first place last year, and I took the second place position. We both went on to compete at the finals in Taipei, Taiwan. This year we’ll be seeing some familiar faces, as well as some new ones. See the official press release below for event details including prizes, hardware info, and a chance to win some nice prizes! Stay tuned for a complete list of overclockers who will be competing this year.

G.Skill announced they have set a new DDR4 memory frequency record of 4255 MHz using 18-18-18 timings.. The achievement was accomplished by Shamo using an ASUS Rampage V Extreme motherboard and an i7 5960X processor, all under LN2 sub-zero cooling.