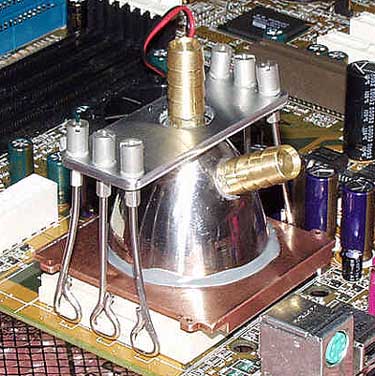 This whole water-block project started out when I received a damaged air cooled SK-6 heat-sink, so I modified that to produce my first waterblock which I called “Winchester Double-Barreled” because it looked like a cross section of a shotgun.

The air-cooled SK-6 with an 80 mm fan gave me a temp of 46 to 48 C. The double barrel waterblock took 6 to 8 C off that, which was disappointing, so I kept reading and looking at what others had done. Your site has been a great source of information – some guys have made beautiful, but complex things, using CAD CAM etc.

I’ve made beautiful and complex things most of my life, (I used to be a master goldsmith for Tiffany ) and I wanted to keep this simple. I learned that the 6 mm thick base of the original SK-6 was probably retaining a lot of heat, so instead of adapting their base, I just bought a sterling silver coin (about $12) and used that, since silver transfers heat better than copper and pure silver is just too soft for this application. 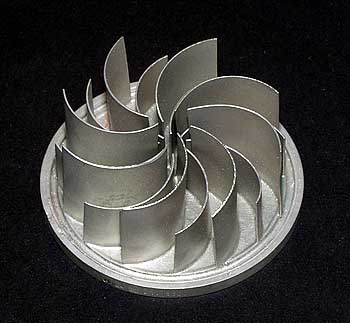 I made another water block using a sterling silver base that was flat
and then I decided to braze some silver fins to it. I cut a groove and machined the face of the coin on a lathe down to 2.2 mm, rolled some sterling sheet for the fins on a mill and silver brazed (over 800 F), not soldered, them to the coin, since using “lead” solder would just have decreased their heat transferring ability. 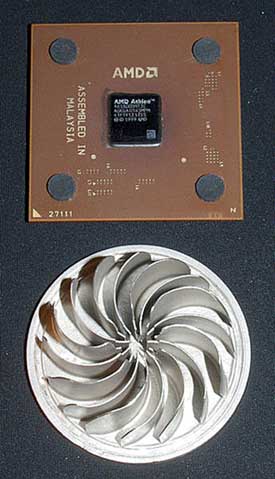 I cut some holes in the cup and used Devcon Titanium Putty to assemble. From the pictures, you can see the center of the fins is recessed to accept the barbed brass fitting. The water is forced by the fins and up the sides in a circular motion and out the top. 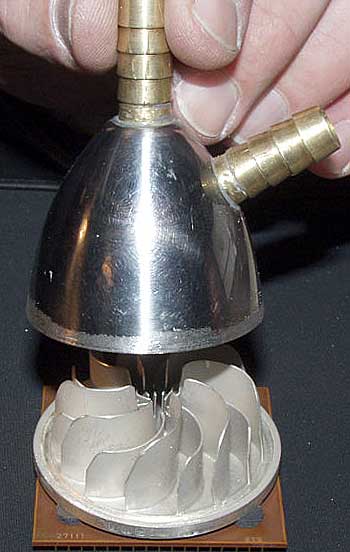 I went to Starbucks and bought a $6 stainless steel cappuccino shot glass (that’s the only reason I went there, since I already have a best friend and Trader Joe’s Shade-Grown Organic Dark French Roast Coffee, English tea or some good Indian Chai, in my opinion, is much better and only about $0.25 a cup). 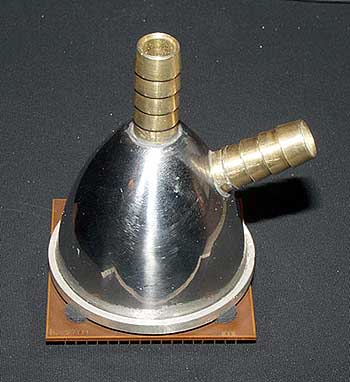 The base on the SK-6 is 6 mm thick copper. The base on this, over the CPU, is 2.2 mm. I am making another design with fins and a base of 1mm to see if that changes anything. 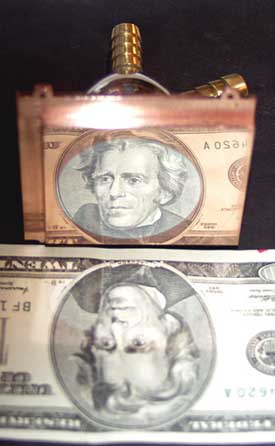 I don’t think that any individual out there is going to try and make this, not that it’s that difficult, but it is a little “tricky” to do the brazing for a beginner – but not impossible. Other metals could be used, I just liked the contrast of the brass, stainless steel and silver. J-B Weld would probably work and a copper tubing end cap, “lead solder”, copper fins etc.

A New Approach To Water Cooling