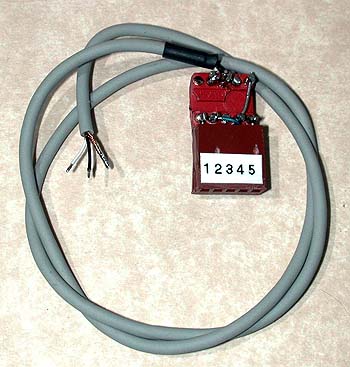 John “Hoot” Hill sent me a sample of his direct die reader for AMD’s XP and Palomino CPUs. John is willing to sell these up for a nominal fee, so if you’re interested in better CPU temp readings, this is a quick and easy fix. 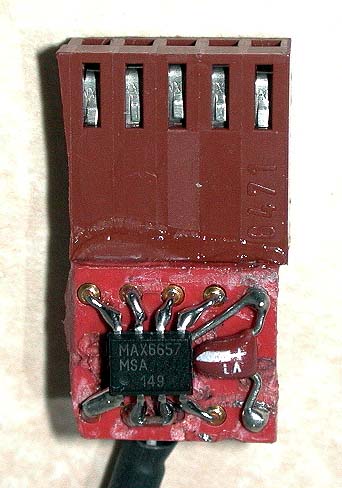 To use this setup, first thing you need is an SMBUS header on your motherboard. I tried it out an a Iwill KK266+; on this board, the header is almost hidden between the DIMM slots and IDE header: 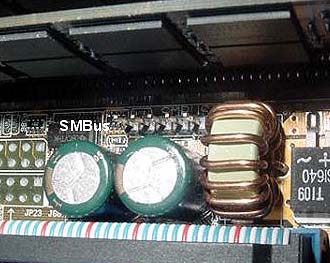 The pin orientation is clearly marked by Hoot, so connecting it to the proper pins should not be a problem. Next, you must solder three wires to the back of the CPU socket: 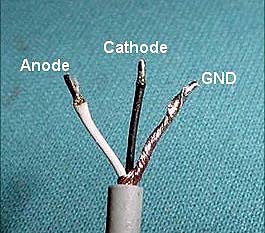 You can find more details on this HERE; download AMD pub # 24228, Nov 2001, for the socket pin locations. Be very careful in locating them – particularly note that “I” and “O” are NOT used in the alpha pin location schemes – that one fact drove me nuts at first!

Once you’ve soldered the wires to the appropriate pins, use Motherboard Monitor to access the reader. In MBM Settings/Temperature/, where you declare the source for each sensor, you should find in the drop down menu the MAX1617A local and remote devices: 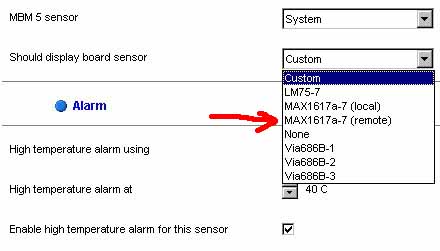 I compared the readings from Hoot’s reader to what I get using the ADM1023 on my Iwill KK266+. I measured temps at idle and while running Prime 95 and found the following:

The MAXIM rounds off to whole numbers, but it looks like the relationship between the ADM and Maxim scales nicely. Note the marked difference between the on-die temps and in-socket temps, with consistent under-reporting by the in-socket thermistor. Every motherboard reads in-socket temps differently – some under, some over, but rarely accurately.

Also note that the difference between idle and Prime 95 temps – the in-socket thermistor reports a 2 C difference while the real difference is more like 4-5 C.

If you’re interested in getting one of these from Hoot, drop him a line.

SUMMARY: Adding a copper CPU spacer to protect a fragile AMD CPU makes a lot of sense. However, even though it does transfer heat from the CPU package to the heatsink – it looks like there is little or no

ED Note: This is precision work – if you are not experienced with fine soldering, I would not try this technique – Joe. The method to solder L1 Bridges can be summarized as follow: 1) Protect the other bridge with

An overview of how these work and what “CPU Thermal Throttling” does in BIOS. — Joe