This guide is meant to give you a basic idea of how to make your own Monitor Cooler. If you feel that something else should be added or something should not be done according to this guide, you’re welcome to do that, but it might affect the performance of the cooler.

Here are the tools and resources you will need: 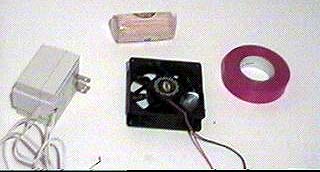 An alternative to a small 12V fan would be a bigger one that looks something like this:

It is a 24VDC fan – I would recommend using this fan, because if you power it with 12VDC, it will be very quiet and efficient. In this guide, I used a small 12V fan because it is the most common one you would find in any computer store.

You have to determine the height of the cooler that you want to build. I used 2 toothpicks, because the back top of my monitor is low. 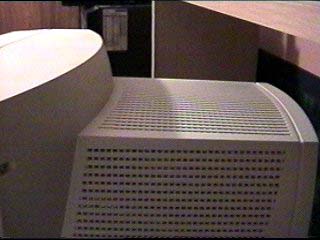 You can use one toothpick to make the cooler lower, or 2 or more to make it higher, but I don’t think you will need more than 2 toothpicks.

First take 8 toothpicks and glue them in pairs so you will have 4 pairs of 2 toothpicks. I first used the Glue Gun to hold them together, than wrapped them with some tape. 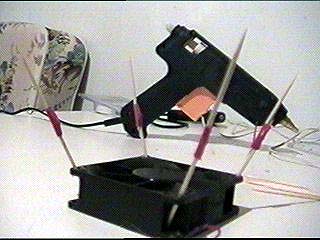 Now use the glue gun in the fan corners to hold the toothpicks better. 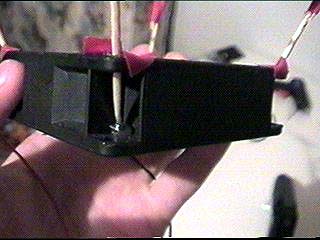 Now you can glue some more toothpicks to the base to make it stronger. I made 4 pairs of 2 toothpicks again, and glued them halfway onto the existing base, placing them horizontally and parallel to each other. 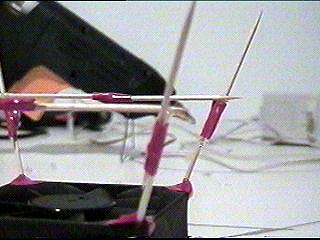 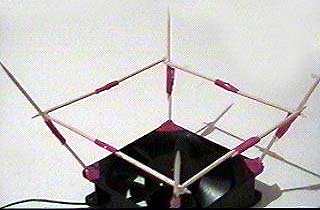 Now take some more toothpicks and glue them on horizontally to the ends of the support. This gives your cooler more stability when on top of the monitor. I also put some tape over the places where I glued with the glue gun, because it will prevent small parts of glue from going inside your monitor if they fall off, and it will hold everything together better. 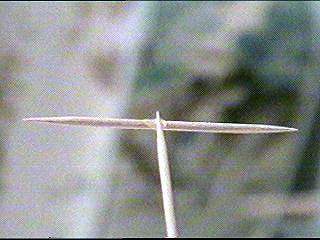 Now the cooler’s support is complete. Time to wire the cooler with the voltage adapter.

I’ve used a phone adapter and just cut the end off of it so I was left with only two wires. Now you can just simply connect the fan and the adapter wires together. There is an image on the bottom of my adapter which tells which wire is negative (-) and positive (+). 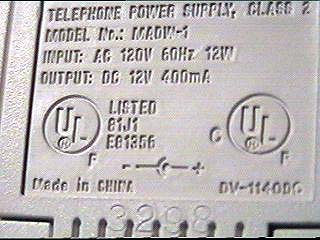 If you read it from left to right and read the wires from bottom up, then it will mean that the bottom wire is negative (black wire on the fan) and the top wire is positive (red on the fan).

**BEFORE doing this, please understand that I am NOT well experienced with electrical products, this is the way it worked for me and your adapter might be totally different.**

If you’re not sure which wire is which, than I would find an old fan that you don’t need but works, and just wire the fan and the adapter in one way. If it works, then mark the wires; if it doesn’t, switch the wires and see if it works now. This is probably NOT the best idea in the world, but it’s the way I would do it because I still have to learn a thing or two in this world. If you know any other way, you’re welcome to use it.

After doing all of the wiring, this is what your cooler might look like. It is almost done. 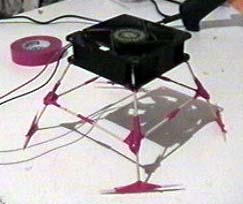 Now find some printer paper and cut it into pieces, so each piece will cover the cooler as follows: 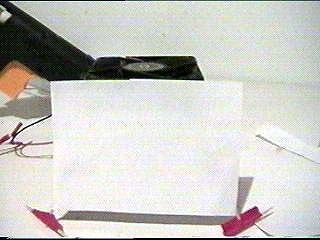 To hold the paper in place, put some glue on the fan itself and just glue the paper to it. Than simply bend the corners of the paper and glue them to the fan. Repeat this step for all 4 sides. 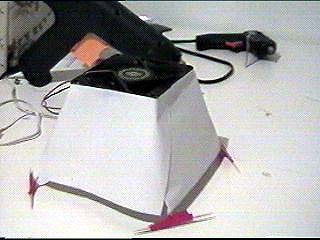 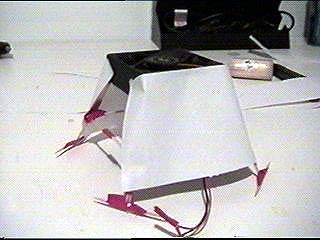 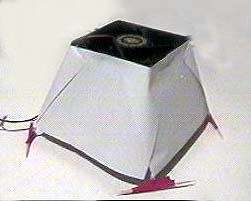 Now you can place it on your monitor. Then take some more tape and make sure there is no, or very little, space between the cooler’s paper and the monitor. 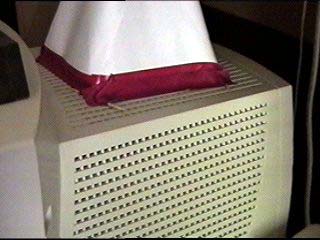 And now the cooler is done! 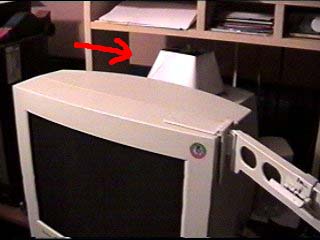 I plugged the adapter into an extension cord with a switch, so each time I sit at the PC, I flip the switch on and my cooler starts working. You can also use an alternative power supply. Instead of using an adapter, you can find a long wire, run it down into your PC case and connect it to the power supply there. Or you can simply insert a switch in your fan circuit.

NOTE: You might want to change some of the steps I outlined. This guide was meant to show you the basic steps to make a Monitor Cooler. I hope it helps someone because if, when you touch the back top of your monitor and you feel pain from the heat, then I would say that your monitor needs a cooler for sure!

This guide was inspired by ChuckZ’s tip.
All questions, comments and corrections are welcome.

Haven’t done this in a while, mostly because nothing terribly dramatic has been happening. Artists’ Rights and Theft Prevention Act I mentioned this a while back, and now I’ve gotten to read the text of the proposed law. Before talking

At first, I didn’t know who bothered me more, the Wachowski brothers for botching their opportunities to tell a truly great story, or the critics who often couldn’t even comprehend the coherent bits that were there. After a bit more