I just bought a new Enermax 431W power supply for my system. I realized after it arrived that my old tactic of modifying my power supply to power my water pump would mar the otherwise pristine new PS.

It just so happens I have an old AT PS in the garage that I use for testing that had some useful parts. Here is our victim: 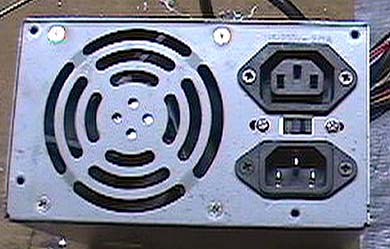 WARNING!! Be careful with any PS!! It has dangerous voltages inside and don’t try this unless you know what you are doing.

The old AT PS’s had a pass-through power connector for the monitor. This gave me an idea. Why not use the pass through to power my pump and my new PS?

I opened the case to take a look: 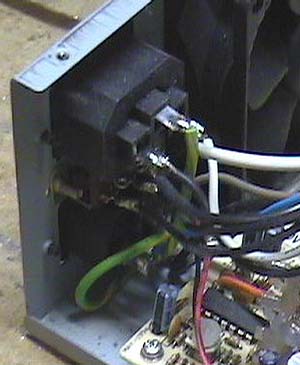 A lot of wires, but hey, I have wire clippers!

I ‘bent’ the PS open and used tin snips to remove the power connectors (plugs) and the sheet metal to which they were attached (you’ll see why later).

Next, I disconnected all the wires that connected the plugs to the PS. 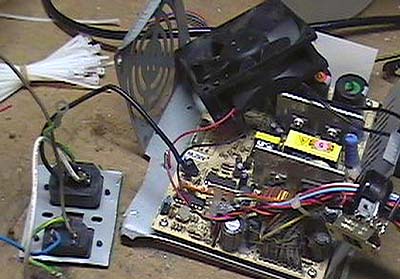 Here’s a close up of the plugs. 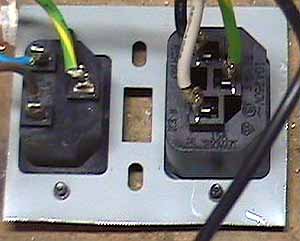 I opened my old PS and removed the wires and plug from my first PS mod. Here is the resulting cable with the plug end still attached. 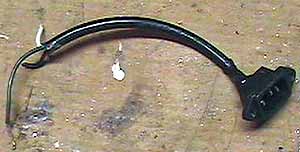 Now I needed to figure out where to put this in my case. Here’s a handy leftover hole from a previous mod. 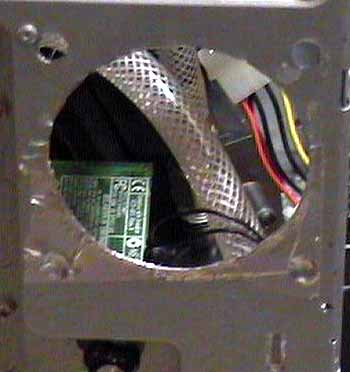 I bet a piece of Aluminum sheet metal could cover that! Maybe one like this? 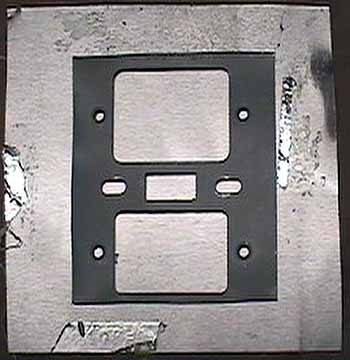 You can now see why I cut the extra PS case. It will be my template for the holes. It will also strengthen the connection because I am using thin (cheap) Aluminum gutter sheet metal.

Trace with a pen and voila! 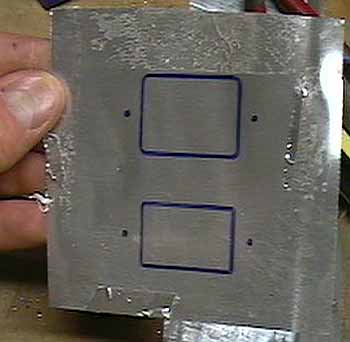 I then cut out the plug holes with my tin snips and punched the screw holes with a hammer and nail. Not pretty but effective. 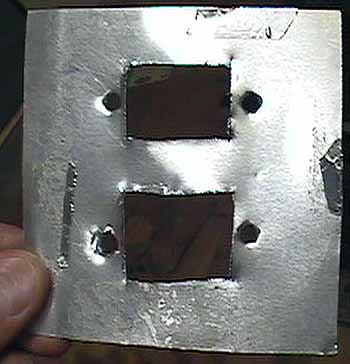 I bolted the plugs in using the template sheet metal and then wired the plugs and left over cable and plug together.

Below is a close up.

Note that the white and black wires switch sides from the power in to the
passthrough plug. See the little ‘L’? That is for the black line or ‘hot’
wire. There is a little ‘N’ or neutral for the white wire. The green ground
wire runs up the middle. (Thanks for the correction, Gonzo) 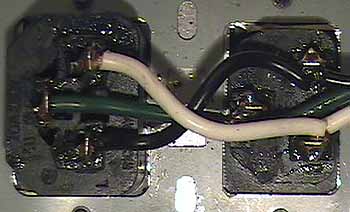 Here is the finished product. I coated the back side of the connectors and wires with RTV silicone to insulate the wires to be safe. We are talking about 110V here! 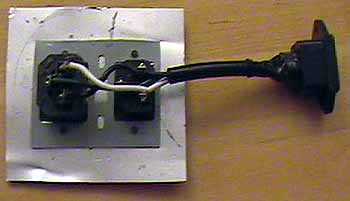 Here it is installed in that hole in my case with some metal heat duct tape to hold it in. My pump has a power cord end attached to is so I just plugged it in. 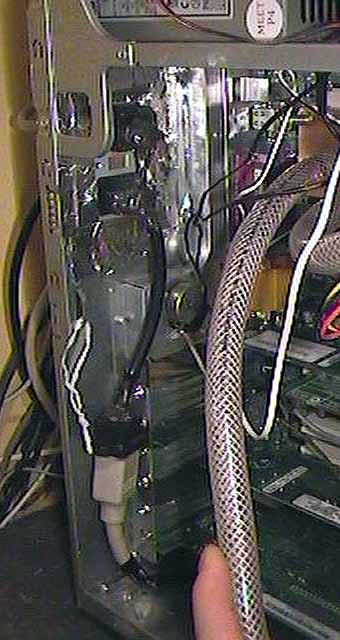 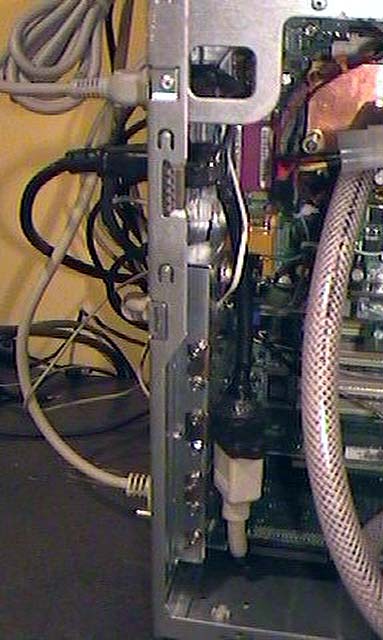 Here is how the back of the case looks. I used an extension power cord to connect the new PS to the passthorugh plug. 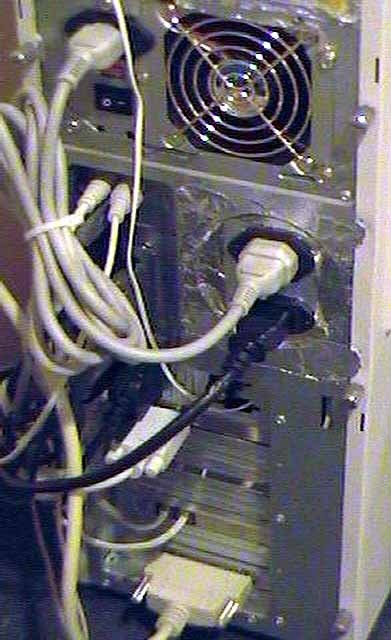 Here is a wider shot showing the whole back of my case.

I used the multiple plus because I occasionally want to remove the pump and this way I only have to unplug the internal cord to remove it.

I don’t have a switch to power cycle the pump because it is always on while the cord is plugged in. This way I can’t start the system without the pump being on. I can turn off the PS with the pump still on too.

I think I will add a switch on the incoming power in the future.

Well I hope this is useful to somebody out there. It worked great for me!

SUMMARY: CPU water cooling is tons more efficient and quieter than air cooling but carries a higher initial price and will require modification to your case. If you’re thinking of peltiers, it’s a must-have. This is my water cooled system

Heatsink Improv: A Small Tribute to Overclockers of Old

Ever need a heatsink to cool that power hungry beast of yours? Is the stock cooling horrible and your GPU is without any good after market solutions? If so, then improvise. Jury rig that incompatible GPU cooler, find an unused CPU cooler you have tucked away, or even go all out and buy a CPU cooler for your GPU if there are no GPU specific solutions. No, I haven’t lost my mind. This is just what runs through the mind of a bencher who is trying to squeeze every last drop of performance out of his GPU, but has no budget for extreme cooling.