I recently bought some Samson studio monitors for my computer and right away decided they need to be mounted on the wall. If you have ever shopped for speaker mounting kits you know they are very expensive. A shelf was out of the question because I wanted them angled down and towards me slightly.

So after a couple trips to Home Depot, I got this instead: 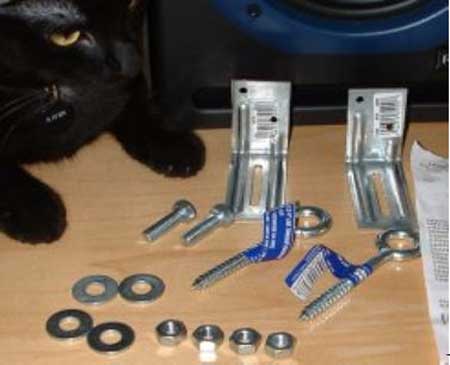 As you can see below, the bracket I ended up using was different, since I needed something stronger since the Samsons are rather heavy. I’m sure, though, that the top bracket seen above would work fine for the small computer speakers.

I drilled 5 holes in the bracket then laid it out on the speaker to where I wanted it. Drilled some pilot holes then screwed it to the speaker with 4 1″ course thread drywall screws. 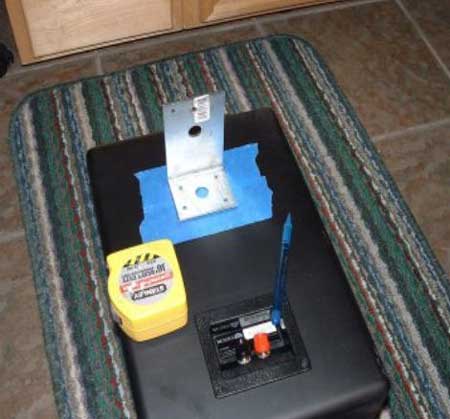 This is it assembled. Now I just need to mount it to the wall. This would also be a good time to paint it black if you wanted.

Screwing the eyebolt into the wall: 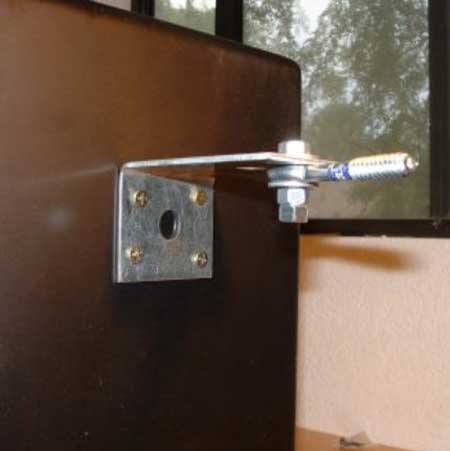 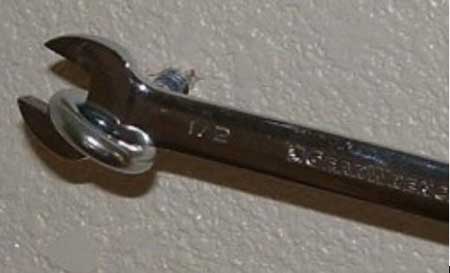 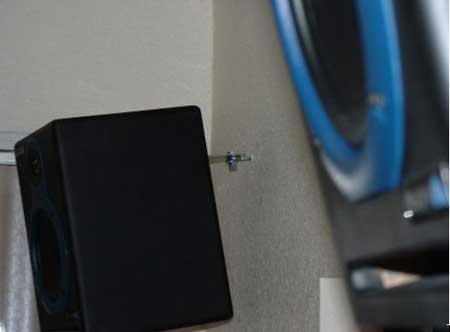 Here they are mounted to the wall. When you mount them to the wall, make sure to screw the eye bolt into a stud.

The weight of the speaker caused them to angle down just the amount I wanted. Just bend the bracket if you want more or less angle. You can still angle the speakers horizontally even after the bolts have been tightened up. I used 2 nuts to ensure it never comes loose.

Final Results and the Fiscal Damage…

Finished, as soon as I run the speaker wire: 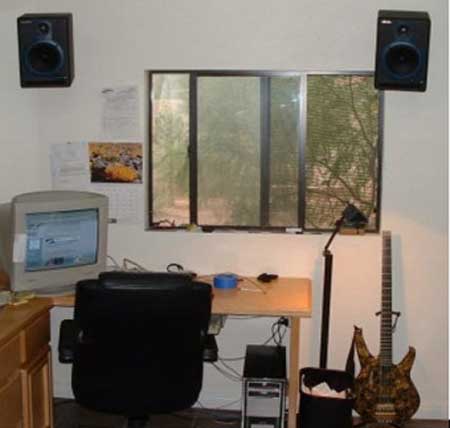 Not too bad for under five bucks.

Get Your (Head) Sounds On!!

How-to put a headphone jack in the front of your PC – Anthony “T.Toy” Todd
Read More

You can see a little benchmarking of a 90nm Hammer here. Essentially, it does a little better than a 130nm chip, and those with it (so far) has gotten this up to about 2.5GHz with high-end air. It’s a thread Read More

XBit Labs tells us about this report which says that 64-core machines will start showing up in servers in 2009, and desktops in 2012. Let’s leave aside the server side of this prediction, it’s both conceivable and there’s good reason Read More