Eric’s take on it – Eric Wu 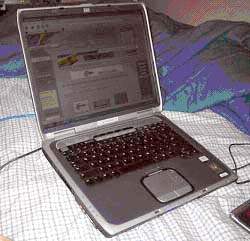 About 6 months ago I was in the market for a laptop. Nothing fancy, just something I could do office applications well and maybe a little gaming on the side (if I was lucky) with decent battery life, all for under $1000.

I searched around, checked Dell’s, HP/Compaq’s, Gateway’s site and a few other places. I had to get the laptop before school started and that deadline was quickly nearing, so mail order became out of the question. So I headed over to the local CompUSA (I know, this place sucks, but I did what I had to) and checked out their systems. Naturally, as the AMD overclocker that I am, my laptop would have to carry one too :. I decided on the HP 4805US:

Not bad for 850 bucks I guess – big hard drive, cheap, integrated wireless, somewhat large screen and most importantly, cheap. Of course, 256 MBb of RAM is too little for the memory-whore XP is (and no laptops in this price range offer 512 MB RAM), so the first thing I did when I got home was go on New Egg’s site and order a stick of 512mb SO-DIMM 2.5v. Although a total of 512 MB is fine, I opted for 766 MB just to make sure that that would never be the bottleneck.

The display is nice, big and pretty bright, although it’s tough to read in the sun. Unfortunately, this thing doesn’t game very well. I can play Halo at the lowest settings with decent frames, CS 1.5/1.6 well and I was bold enough to even try Doom 3!

At the lowest settings, it ran at an astounding 3-5 fps!! Battery life isn’t spectacular either; while surfing or doing office stuff, it will last about 100 minutes and while gaming, about 30-45 minutes. I have found a solution to the crappy battery life: underclocking! The program CPUMSR will let me bring the voltage from a stock 1.55v to 0.925v and the multiplier from 16x to 4x (3x is available, but it resets the whole system immediately).

So on battery, I set the multiplier to 7.5x (1 GHz) and voltage to 0.925v, which gives me a nice battery life of about 200 minutes on office applications.

Another huge problem with this laptop is the heat.

Gaming at full speed on your lap is surely asking for smoked sausage. All CPU intensive stuff should be left on the desk. The wireless is pretty good and the DVD playback is excellent. A small, but annoying gripe is the lack of USB 2.0 – 1.1 is way too damn slow.

HP definitely has some quality control issues going on: After 3 months, my AC adaptor died.

Although I had been doing FAH (go EOCF team 11315!) 24/7 during those months, the transformer should’ve been designed for this kind of punishment. After it died and I got a new one, I decided that I would never fold on a laptop ever again. So, last month, the laptop’s 60 GB hard drive died. It started making bird chirping noises!

About last month, the whole laptop failed to boot up!

From cold boot, the thing just turned on for a few seconds, then turned off by itself, then turned on again. This cycle continued. I called HP, hoping that they would get this fixed quickly (they handled my AC adapter and hard drive replacement well), but unfortunately, they claimed that it was “static electricity” and that the memory needed to be replaced.

I’m no idiot and the first thing I did when it wouldn’t boot was swap memory and still didn’t work. I told the guy that, but he still didn’t believe me, so I was sent replacement memory WHEN MY CURRENT MEMORY HAD NO PROBLEM!

I tried the memory anyways, hoping for a miracle, but obviously it still wouldn’t boot. So I ended up sending the whole thing back (HP always pays for shipping) and received it repaired 5 days later. Apparently, the whole mobo was replaced along with the CPU cooling.

In conclusion, this is an OK system if you’re looking for cheap. This thing is kind of heavy at 7.5 lbs and the quality is questionable, but you get what you pay for, right?

Well, what kind of overclocker would I be if I didn’t post benchies? Items benchmarked: Sandra CPU Arithmetic and Multi Media, Super Pi and CodeWeasel’s eCalc: 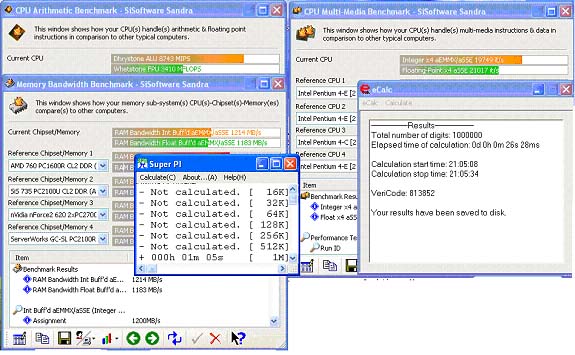 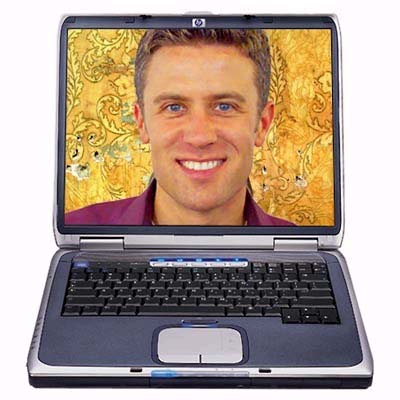 AMD hasn’t quite finalized the Thoroughbred yet. AMD won’t be putting out the Thoroughbred for a while yet. AMD is being quoted as saying they’ll start shipping the end of the month. Confusing, isn’t it? AMD announces an XP2100+ Palomino

I Stall, You Stall, We All Stall

There’s been two projects I’ve promised that I haven’t really mentioned for a while, and this is to let you know what’s happening with them. Comparison of KT266A Boards I’ve run some tests and comparisons of the boards, but plenty

Idiocy On Parade You may be aware of the story that the folks responsible for buying equipment in Los Angeles County have objected to the use of the terms master/slave on equipment. Someone apparently looked at a videotape system and